The decision comes after activists urged authorities to upgrade charges against 30-year-old Austin Shuffield, who was previously charged with three misdemeanors following the attack. 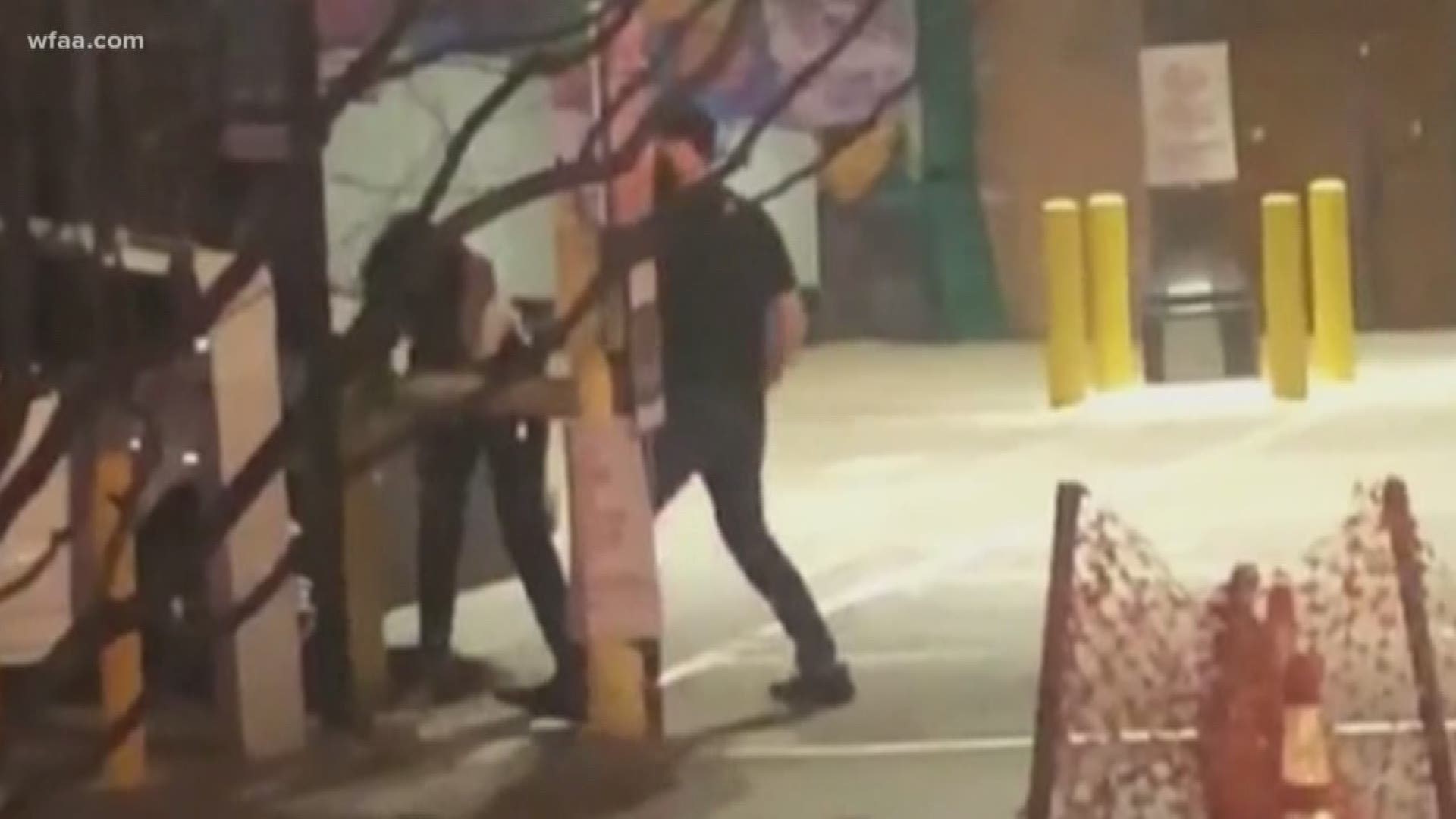 DALLAS — Dallas police have completed their investigation into the assault of a woman in Deep Ellum and will recommend that a grand jury indict the suspect with aggravated assault with a deadly weapon, a second-degree felony.

Police have also added a charge of unlawfully carrying a weapon.

The decision comes after activists urged authorities to upgrade charges against 30-year-old Austin Shuffield, who was previously charged with three misdemeanors following the attack.The misdeameanors included public intoxication, interference with an emergency call and assault.

Dallas police will send their recommendation to the district attorney for the grand jury.

Shuffield is accused of violently beating L’Daijohnique Lee, 24, during a dispute on March 21 in a parking lot in Deep Ellum.

Investigators said it all started when Shuffield confronted Lee about blocking the parking lot exit with her car.

A witness recorded video that showed the suspect pull out a gun before knocking Lee's cellphone from her hand and kicking it away. He then delivered a series of upper-cut punches and jabs to the woman’s face and head.

"I had a concussion to my head," Lee told WFAA in an earlier interview. "I had swelling in my left jaw ... My ear was busted, and I had a black eye."

The incident has sparked outrage within the community, with activists urging police to seek felony charges against Shuffield. Many also voiced their anger over the low bond, which allowed Shuffield to get out of jail.

"It's unfortunate that it took protests and public outcry in order for [upgraded charges] to move forward," Lee's attorney, Lee Merritt, said.

Activists have also asked authorities to charge Shuffield with a hate crime.

Lee and her attorney, Lee Merritt, said there are plans to file a federal lawsuit against Shuffield and High and Tight Barbershop, where the accused man worked as a bartender.

Hall denied that public pressure had anything to do with the department’s decision to increase charges against Shuffield.

Lee and her attorney said there are plans to file a federal lawsuit against Shuffield and High and Tight Barbershop, where the accused man worked as a bartender. The Texas Alcoholic Beverage Commission has launched an investigation into complaints about the businesses, though staff says it had nothing to do with the assault.

"Ms. Lee is relieved, but she still has some concerns" for her safety with Shuffield out of jail, Merritt said.