Tate Wallis is accused of inappropriate behavior when he was a coach at Argyle High School, including groping an underage student on the field during games. 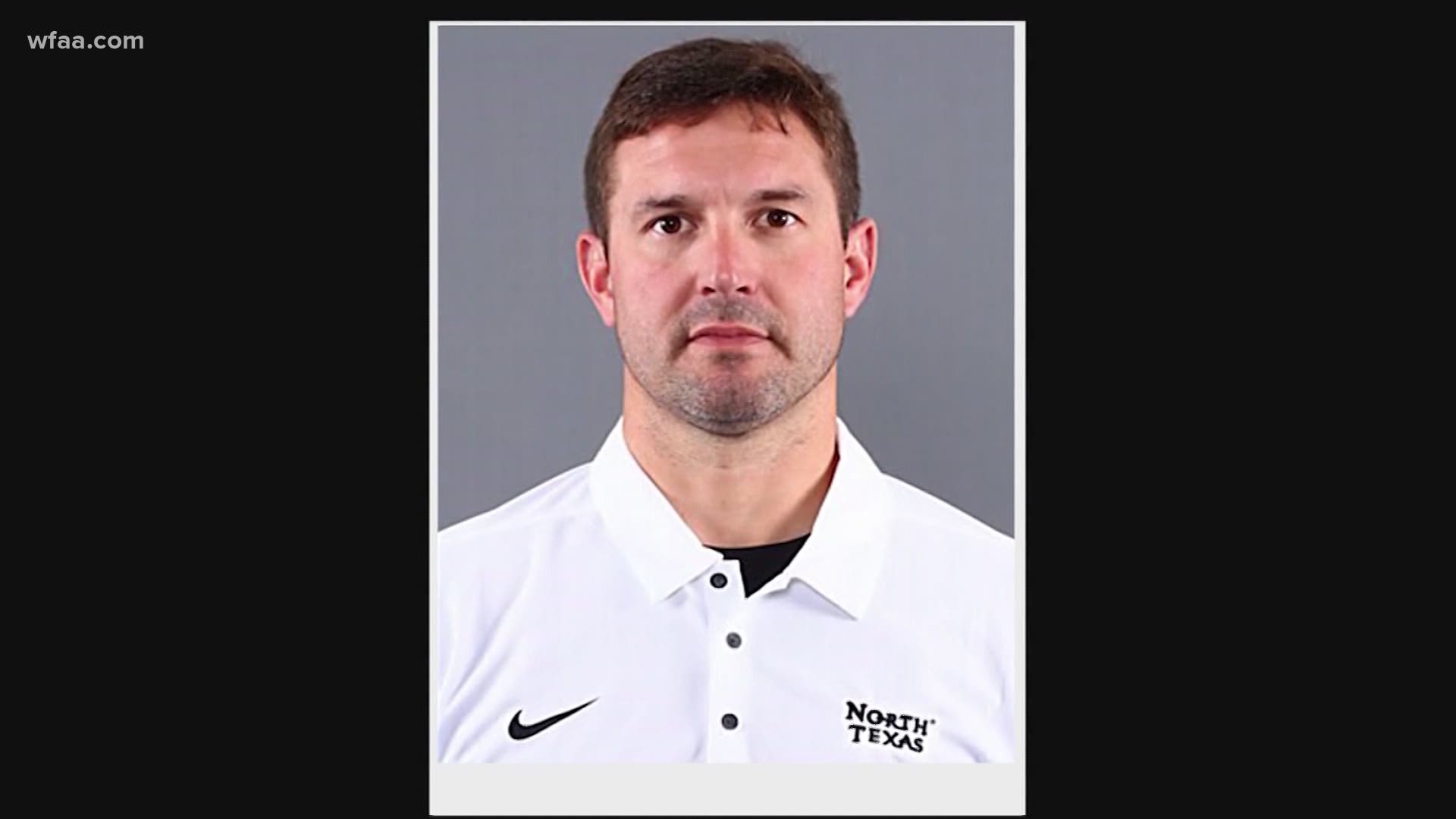 DALLAS — Updated Friday with statement from Wallis's attorney, details from the arrest affidavit, a district statement.

University of North Texas assistant football coach Tate Wallis was arrested Thursday after “multiple” students accused him of inappropriate behavior while he was a coach in Argyle ISD, according to the district.

Denton police took Wallis into custody, but jail records show he was released hours later on a $20,000 bond.

Argyle ISD said Friday the district received "multiple" reports of inappropriate behavior by Wallis in the spring of 2020, after he left the district.

Editor's note: Story has been updated to remove details from the affidavit to better protect the identity of the student.

According to an arrest affidavit, one victim was a student who worked with the football team.

She was an underage teen at the time of the alleged incidents, which lasted throughout the 2019 football season, the affidavit states.

According to the affidavit, Wallis began making comments to her during the summer of 2019.

Wallis allegedly told the victim, “You really look good in those shorts today.”

The victim said the comments became more frequent and were followed by groping, according to the affidavit.

“He began touching her buttocks with the palm of his hand while reaching for a water bottle,” according to the affidavit. “This happened multiple times and his comments about her appearance continued.”

The affidavit says, the contact went from brushing to “grabbing” the victim on the buttocks and touching her breasts.

The victim told police it happened at “every practice and game,” on the field or in the field house, according to the affidavit.

She told police she tried to avoid Wallis but “he would find a way to get close to her,” the affidavit states.

Wallis never attempted to contact her via text or any other means and had never contacted her about meeting, according to the affidavit.

The victim reported the incidents to an Argyle High School teacher in March, who reported it to administrators at the school and district.

While the affidavit lists the charge against Wallis as indecency with a child, Denton County jail records list two counts of an improper relationship between a student and an educator.

“We are asking the public to keep an open mind. Coach Wallis a good man. Unfortunately, we cannot discuss specific facts with the media, but we look forward to his day in court so we can properly confront these accusations," Ola said.

"Coach Wallis completely denies that anything occurred," she told WFAA. "I believe he is innocent in this case."

UNT placed Wallis on administrative leave and has forbidden him from stepping on campus. School officials are reviewing the incident and say they will take appropriate action following completion of the review.

Wallis was also an Ennis High School quarterback. He led the Lions to the 2000 Class 4A state title as senior and then played at Southern Methodist University.

His other coaching credentials include Red Oak High School and Baylor University, where he coached under head coach Art Briles for seven seasons until Briles was fired in 2016.

Wallis was on Briles' staff when the university was accused of not properly investigating multiple rape allegations made against Baylor football players.

Argyle ISD said the district requires mandatory sexual harassment and misconduct training for all staff each year. Counseling has been provided to the students who made the reports against Wallis.

"Lack of professional conduct is not tolerated and is a breach of teacher-student trust," the district's statement said.

It continued, "This alleged misconduct does not represent the nearly 500 teachers and staff members in Argyle ISD."