Two men stabbed at Grandscape restaurant in The Colony

Witnesses reported that a man had attacked two other man with a knife, stabbing them numerous times. 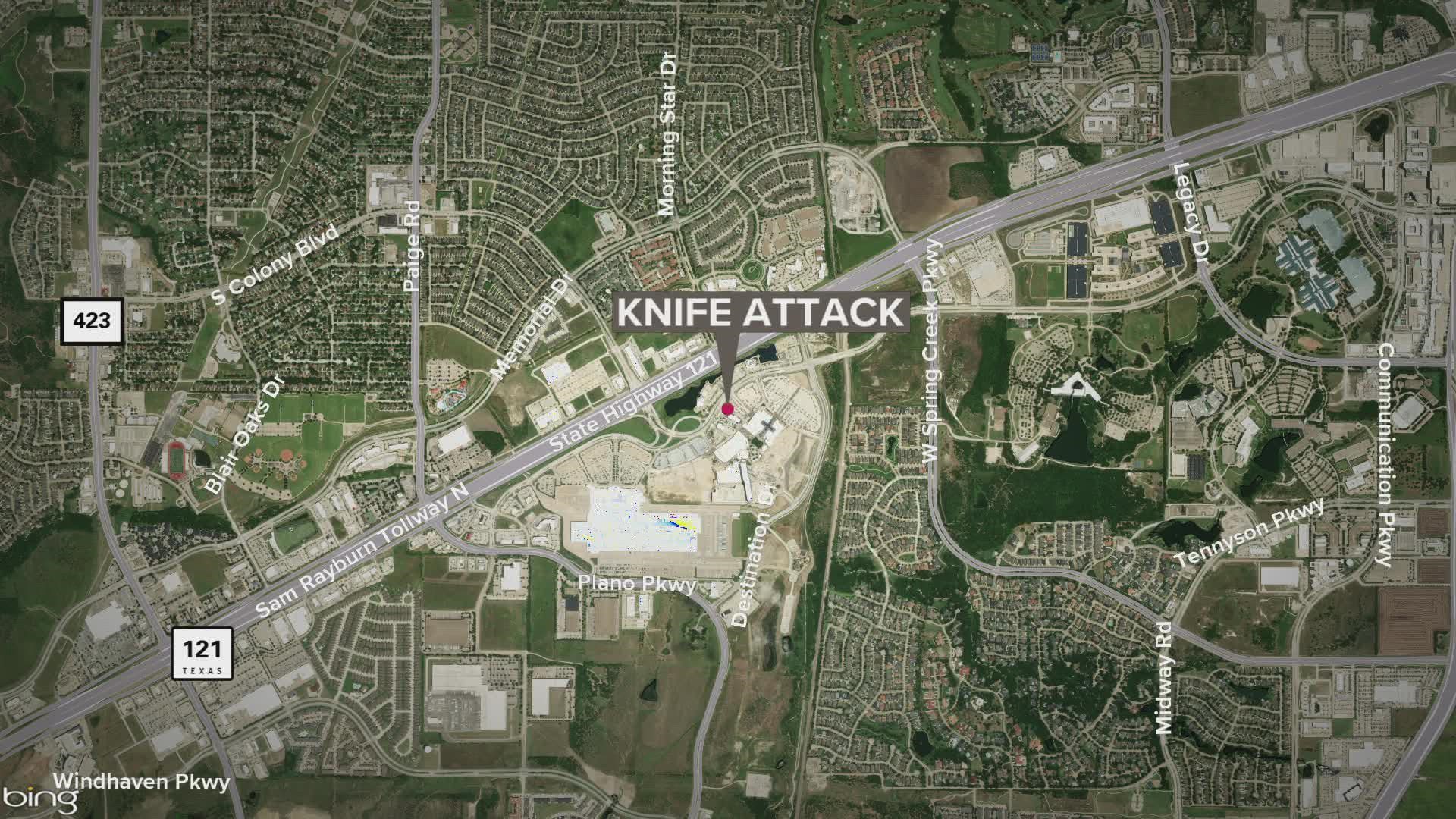 THE COLONY, Texas — Two men were stabbed at a restaurant in the Grandscape area in The Colony on Thursday night, police said.

The suspect, a man, was taken into custody after initially running away from police officers, according to a police news release.

Police said officers were called about 6:30 p.m. to the Seven Doors restaurant at Grandscape, which is located just west of Spring Creek Parkway and Texas 121.

Witnesses reported that a man had attacked two other man with a knife, stabbing them numerous times. The suspect then reportedly fled on foot.

Police officers in the area began looking for the man and found him and tried to stop him. The man ignored the officers and ran away, police said.

Officers chased him to near a department store in the area, where was another large gathering of people eating dinner and watching an outdoor concert. The man resisted arrested but was subdued and taken into custody, police said.

Police said the man "appeared to be suffering from a mental health crisis," according to the release. More information about what happened was not yet released.

He was taken to a hospital for evaluation and then booked into The Colony jail.

Police have not released the man's name. They said he faces several charges, including: Two counts of aggravated assault with a deadly weapon, a second-degree felony; evading arrest and resisting arrest, both misdemeanors.

Police were still investigating the stabbing Friday morning. They said they believed the incident was isolated and there was no other threat to the public.