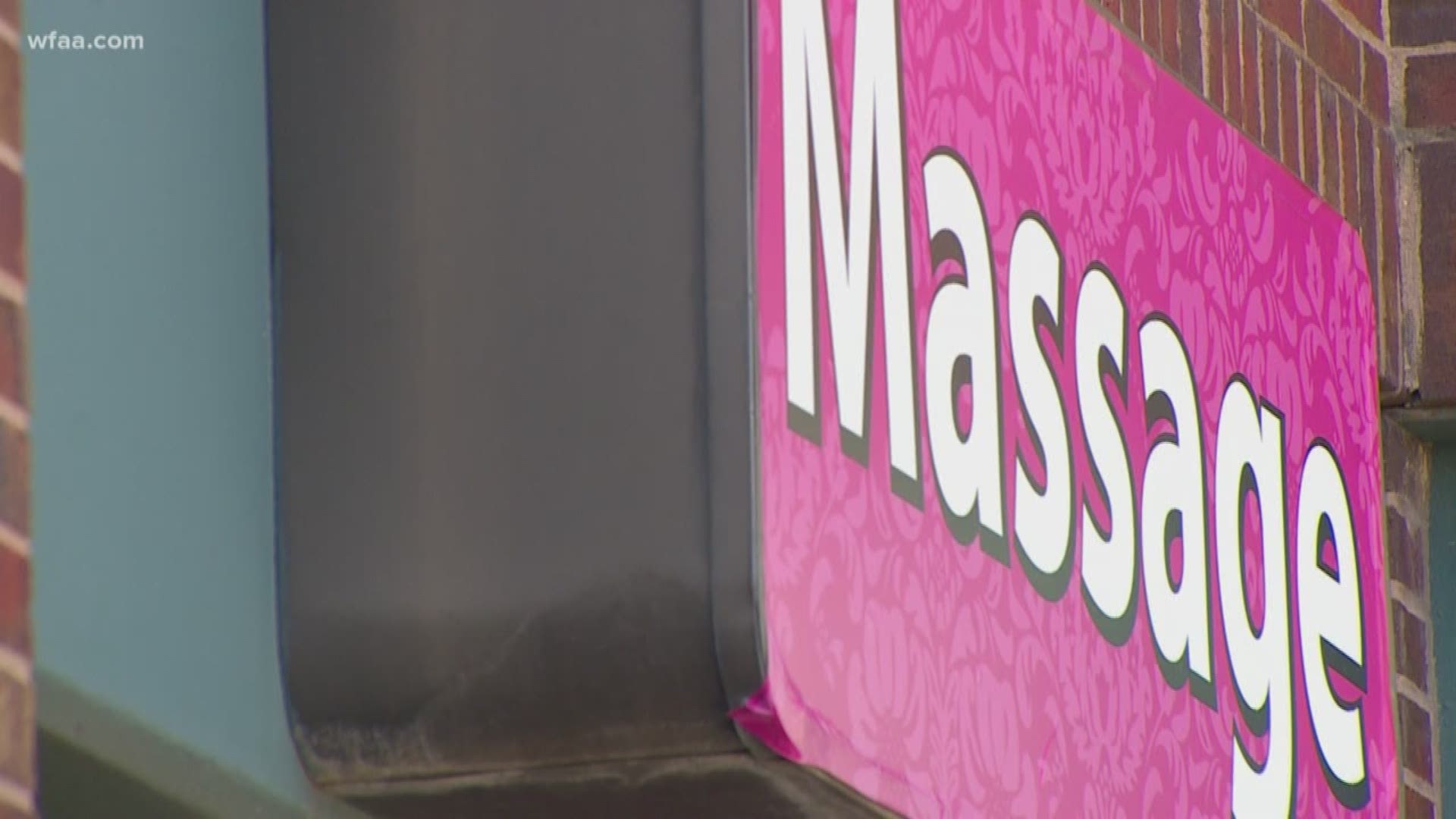 DESOTO, Texas — After neighbors said they called in numerous complaints over several months, an investigation at a DeSoto massage parlor led to the recovery of two human trafficking victims, police say.

Thursday, neighbors said they saw a large police presence around the massage parlor, located at a retail shopping center in the 600 block of North Hampton Road.

Police later confirmed detectives were at the business to investigate a potential human trafficking case.

Neighbors in the retail center said they’ve noticed and reported suspicious activity at the massage business for several months.

Some neighbors said they believe several women were living at the business and performing more than massages.

”It’s a very family-oriented retail center,” McDaniel said. "We all know each other. We all work together. If we see anything going on, we notice it.”

At one point during the raid Thursday, detectives led several women out the backdoor of the business and into a black SUV.

Neighbors said the business stayed busy and groceries were frequently delivered to the parlor.

DeSoto police said they have identified a possible suspect in the case but didn't reveal further details. An investigation into the case is ongoing.