The KVUE Defenders analyzed a new policy in Travis County that prosecutors say weeds out bad cases, but police consider it an affront to their work. 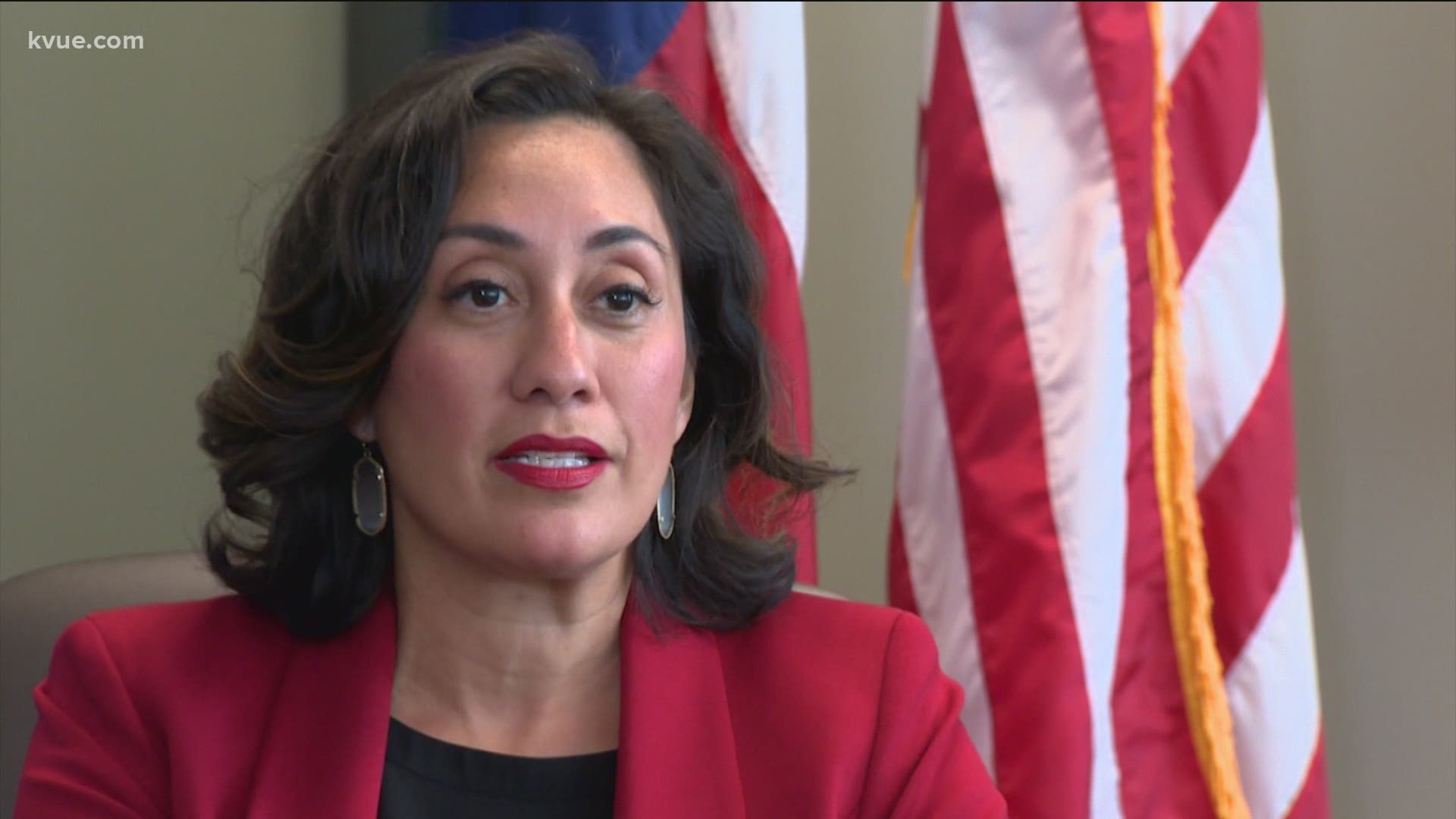 AUSTIN, Texas — Editor's note: Since this story was published online, the District Attorney's Office has provided KVUE additional information on one case of the 15 felony cases the Defenders reviewed.

Criminal charges are being rejected and some suspects are being released before they ever see a judge in Travis County, under a new policy the County’s top prosecutors implemented earlier this year.

The KVUE Defenders analyzed hundreds of cases thrown out between March 1 and June 30 of this year. Some of the more serious rejected felony charges include aggravated assault with a deadly weapon, assault of a pregnant woman, aggravated robbery and more.

During the four months analyzed, the Travis County District Attorney’s Office rejected 142 felony cases – a 735% increase from the same timeframe in 2020. Of those, records show 93 state jail drug felony charges were rejected, about two-thirds of the entire list obtained through public records by the Defenders.

The DA’s office told the Defenders it is no longer pursuing cases without the evidence for probable cause and some drug offenses, under the new policy known as early case review.

"Our office has really focused our efforts and our resources on prosecuting violent crimes, serious offenses. And this process has been helpful to ensure that that's how our prosecutors are spending their time," Travis County District Attorney José Garza said.

The early case review process, implemented April 1 for felony offenses, means that when law enforcement officers bring suspects to Travis County Central Booking, the district and county attorneys' offices have prosecutors ready most hours of the day to review probable cause affidavits and decide whether they will pursue charges.

If a case is rejected during the new early case review process, many times a suspect never makes it before a magistrate judge. About 64%, or 91, of the 142 rejected felony cases reviewed by the Defenders were rejected as part of that process, meaning they were never presented to a judge.

The decision to stop prosecuting state jail drug felonies started under former Travis County District Attorney Margaret Moore. Under DA Garza, the office has updated the policy to make an exception for offenses that pose a threat to public safety or are part of a larger investigation, the DA said. Those types of drug cases are still pursued.

"We only have a finite number of resources in the district attorney's office," DA Garza said. "It is incredibly important to us that every homicide case, that every sexual assault case, that every case where violence has been committed against a member of our community has the full time and attention that it deserves. And so, right now, that's how we are prioritizing our time and resources."

"This Order functions as a release card in all cases where the prosecutor has submitted their rejection of charges," the document states.

The Defenders asked DA Garza if there’s any reason to believe the new policy is making the community less safe.

"When law enforcement identifies for us cases that they believe pose a threat to public safety, we will move forward with prosecution," DA Garza said.

But choosing not to prosecute cases is drawing criticism from some in Texas law enforcement.

"When you raise your hand and take that oath, it's to the Constitution and you don't get to decide blanket-style that you're going to prosecute certain kinds of cases. That's not within your purview," said Charley Wilkison, executive director of the Combined Law Enforcement Associations of Texas (CLEAT), the union that represents officers across the state.

While police may not like the practice, which is also used in Harris County, experts say it can be good for the system.

"The major pro of the process is that it promotes efficiency of resources in the criminal legal system," said Kathryn Dyer, a clinical professor at the University of Texas' School of Law. "It allows for the prosecutor to get a look early on about whether there will be enough evidence to go forward to trial and think about whether or not that's a charge that they want to prioritize."

The district attorney’s office told KVUE when a case is rejected by the office, some of the reasons could be that it was reduced to a misdemeanor, it was part of a plea agreement, the case involved mental health issues or the new offense was in addition to an old offense in which the suspect was in violation of their probation guidelines. In the last case, the DA’s Office may not prosecute the new additional offense.

"The overwhelming majority of defendants who have had cases rejected face accountability in some other way through our criminal legal system," DA Garza said.

According to data obtained through the Travis County Sheriff’s Office, about 3% of all felony and misdemeanor rejections were still prosecuted – but not as the original charge brought in by police. The charge could have been reduced to a misdemeanor, enhanced to a felony or re-indicted, the sheriff’s office said.

The sheriff’s office does not track the data through a system, making it hard to understand how common that was in years past.

County Attorney Delia Garza’s office handles misdemeanors and is rejecting them by the hundreds. Records obtained by the Defenders show prosecutors in her office threw out 543 cases from March through June.

About 37% or 202 of the 543 rejected misdemeanor cases were not presented to a judge, as part of the new early case review policy. The policy started March 1 for misdemeanor offenses.

"Instead of creating a situation where somebody could have this record that could affect their housing, student loans, all kinds of things, we're allowing them to not have that kind of record if, in fact – and a great majority of these cases – would have been rejected down the line,” County Attorney Garza said.

Misdemeanor rejections overall jumped 132% from 2020, when there was a total of 234 rejections. That number was an increase of 296% over 2019, as the county reduced the jail population during the pandemic.

Of all the rejected misdemeanors, 283 were for criminal trespassing charges, 75 for drug-related charges and 17 for assaults causing bodily injury charges, among others, according to the data obtained by the Defenders.

Some of the rejected misdemeanors are family assaults, which the county attorney’s office said are extremely complicated to prosecute, especially when victims fear testifying and being re-traumatized.

"A case that is rejected for a survivor could be chilling," said Heather Bellino, CEO of the Texas Advocacy Project.

Bellino expressed concern that cases not presented to a judge could make survivors less safe because a judge can sign an emergency protective order during a hearing to keep the abuser away from the victim. But that may never happen if the case doesn’t go before a judge.

"Right after the time of arrest can be the most lethal time for a victim," she said.

When handling these types of cases, Bellino said she has confidence in the prosecutors’ offices.

Both the DA and county attorneys' offices told the Defenders that when a case has enough evidence, a decision to reject takes into consideration the victims’ wishes. County Attorney Garza said the policy in her office is that any misdemeanor cases that involve a victim are not eligible for early review.

"I do think that the opportunity for this program to go wrong is there. But with this administration, it's unlikely," Bellino said.

But Wilkison is concerned that it will go wrong and will allow lower-level crimes to slip through the cracks.

"You can't have the district attorney enter into an office by saying … 'We're going to do this with the law.' It's not allowed and it's not appropriate," Wilkison said. "[Police are] not going to take you anywhere without probable cause. If they haven't established that threshold in the law, then you're not going to be arrested. You may be investigated, you could be detained, but you're not going to jail.”

DA Garza said his office enforces every single law on the books and has an obligation to review every single case individually.

"Ultimately, we have a responsibility to make an assessment as to what will keep the community more safe," he said.

After KVUE published this story online, a spokesperson for the District Attorney's Office provided additional information related to the felony assault on a pregnant woman case that was rejected, noted earlier in this story. The suspect in that case was instead charged with a misdemeanor, after prosecutors learned the woman was not actually pregnant. The Defenders asked for details on 15 felony cases but this was the only one in which the DA's Office provided specifics, after KVUE started asking questions more than a month ago.

If you feel that you are a victim of domestic violence, you are urged to contact authorities. You can also get assistance from the Texas Advocacy Project by calling 800-374-HOPE. 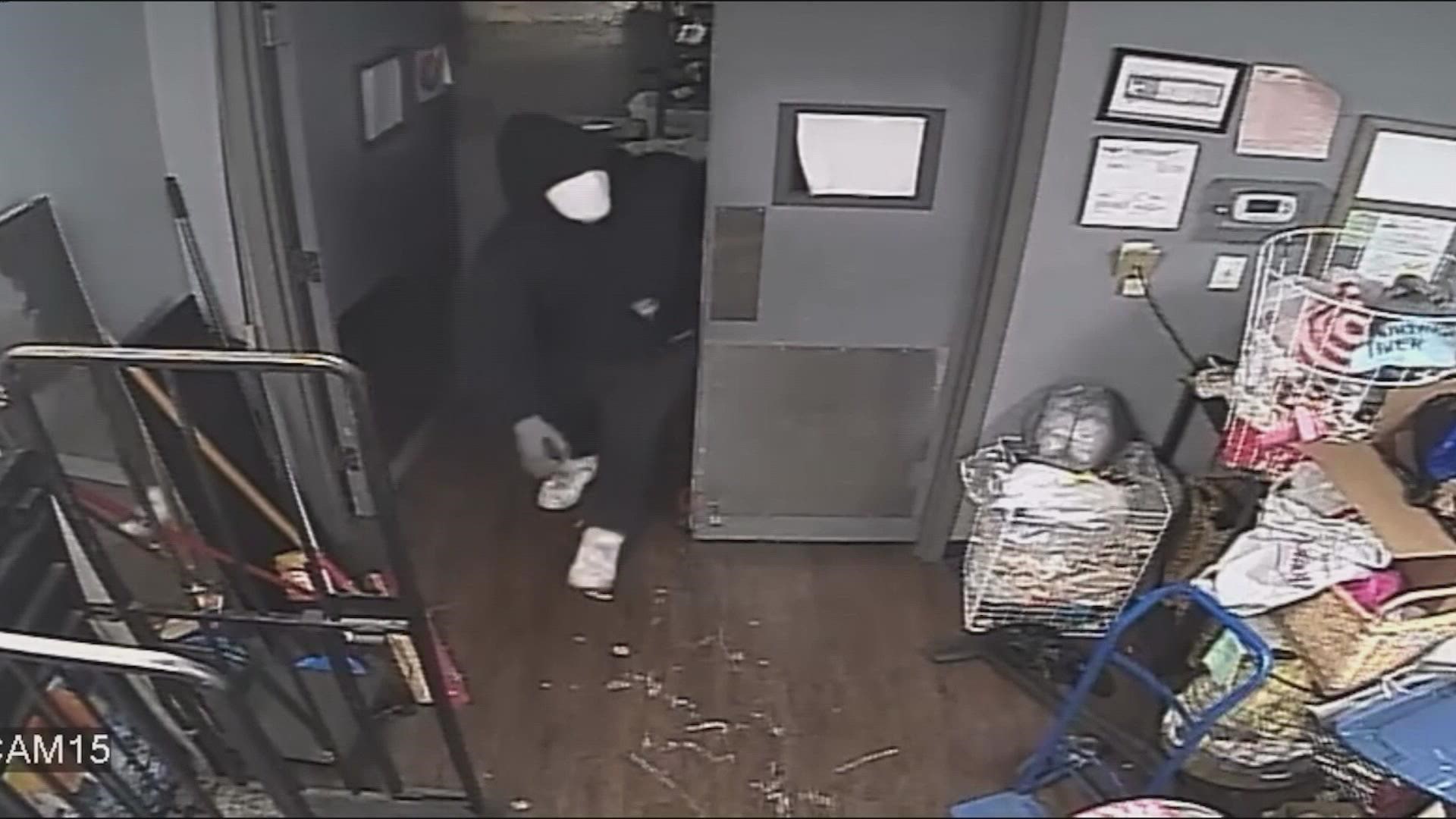 Caught on camera: Fort Worth charity forced to temporarily close after burglar breaks in