Arrest warrants on capital murder charges were issued for two teens and a woman in connection to the shooting of a 29-year-old man in a Deep Ellum parking lot. 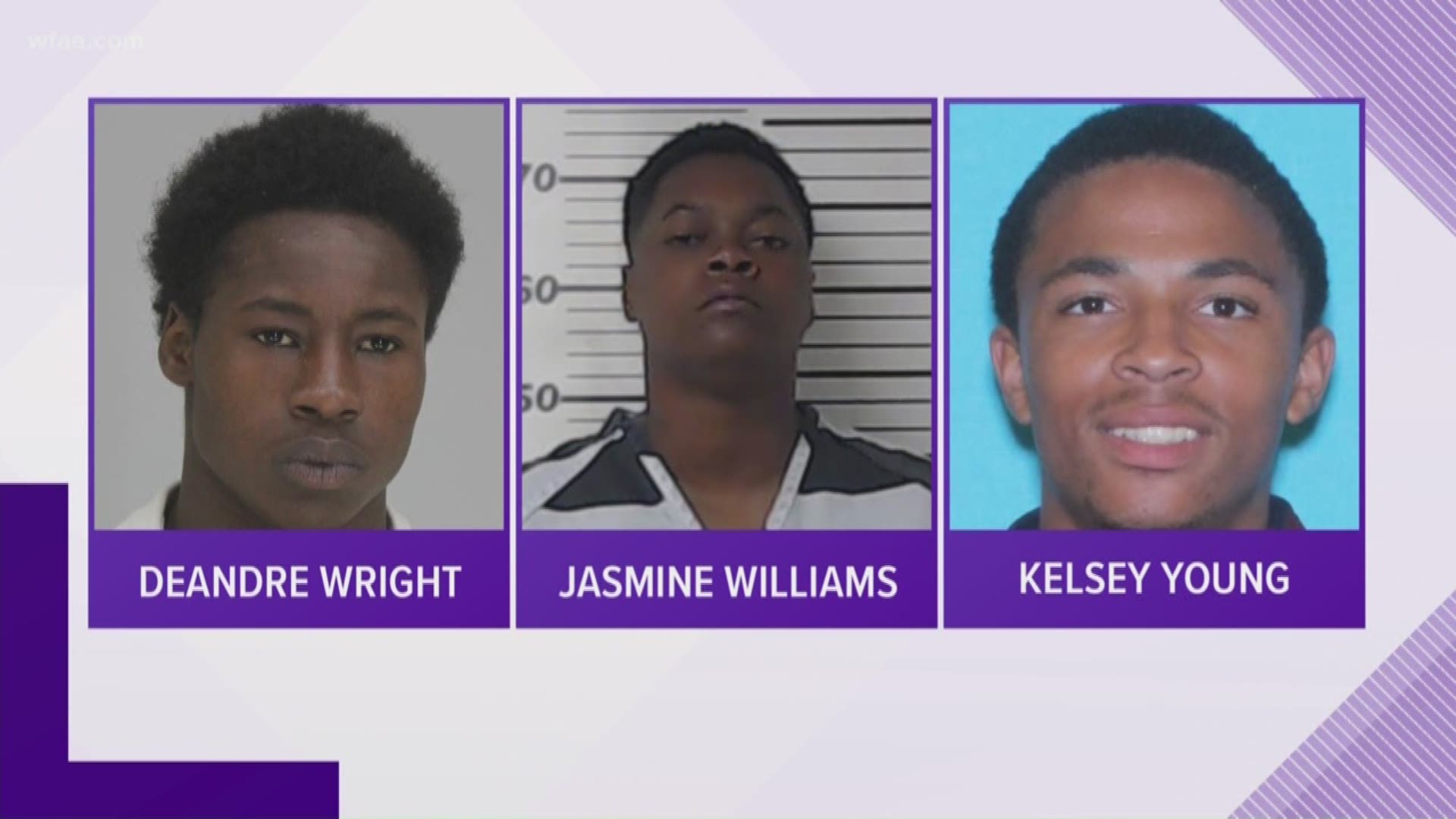 A mother called police to say that one of three suspects seen in video released in connection to a Deep Ellum homicide was her son, warrants say.

Police released the video in the hopes to identify three individuals who were seen following 29-year-old Adan Lozano on June 22 from a 7-11 to a nearby parking lot in Deep Ellum before he was found fatally wounded.

The video was recorded just before police received the call of shots fired.

Wright's mother called police and told them the person wearing a backpack in the video was her son, according to an arrest warrant affidavit. The teen turned himself in Saturday.

Wright told police he was with Young and Williams the night of the shooting, the warrant says. However, he told a detective he didn't know a crime was about to be committed.

The teen told detectives that when they got to the parking lot and approached Lozano, Young pulled out a gun again and yelled out to him to "give it to her; give it to her," the warrant says.

Wright told detectives he "put his hands up" and began to walk away. That's when he said Young fired the shots and they all took off on foot, the warrant says.

The videos and several tips from Crime Stoppers confirmed the identities of the suspects, according to arrest warrants.

Wright, Young and Williams each face one count of capital murder and one count of aggravated assault with a deadly weapon.