Police believe the shooting was domestic in nature. 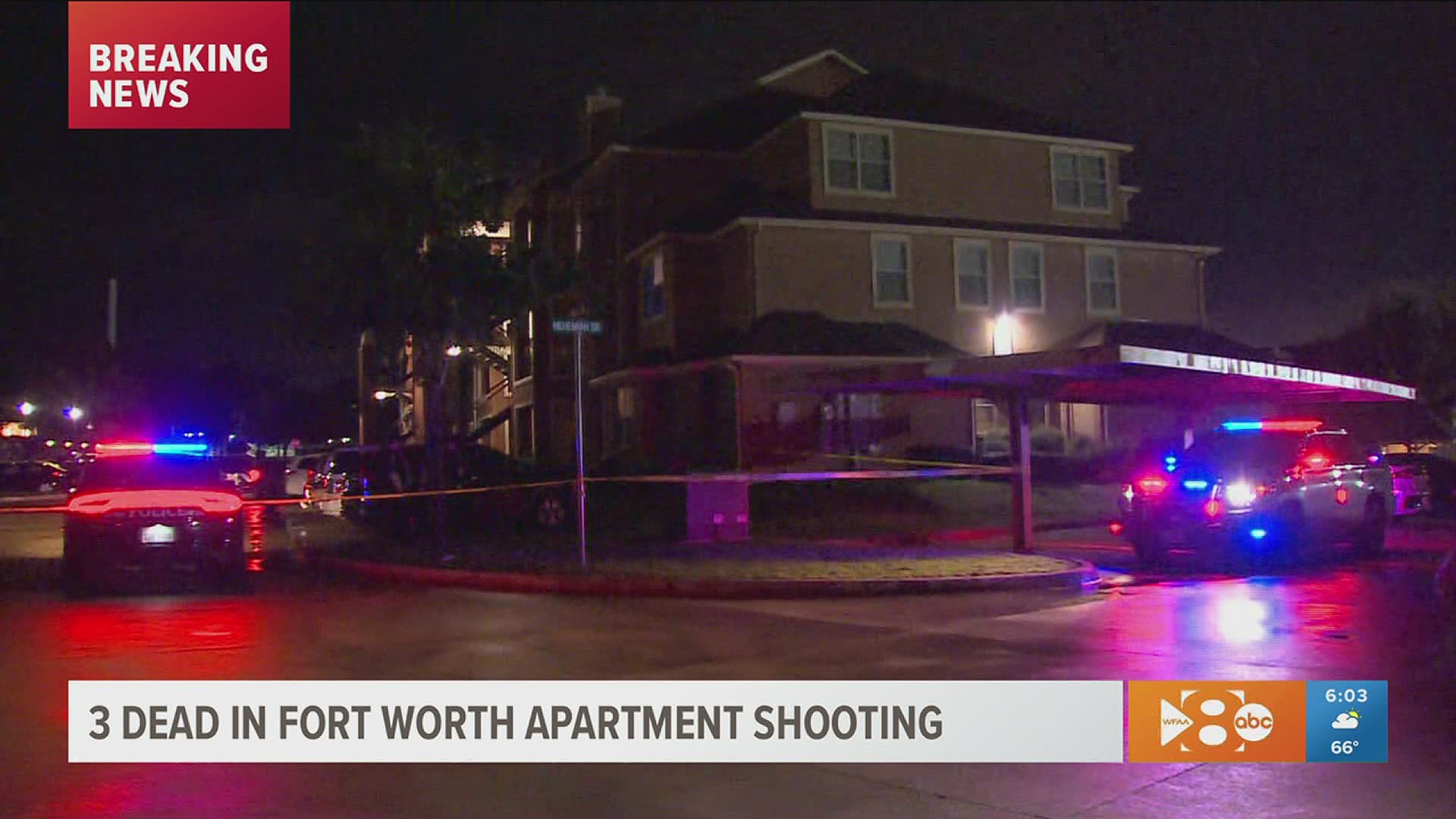 Police responded around 12:15 a.m. to the apartment on the 2900 block of Jonah Drive. That's where the three bodies were found.

Police believe the incident was domestic-related and don't think there is any immediate threat to the public.

Fort Worth Police respond to a shooting call on Jonah drive and find 3 people deceased inside a far west Fort Worth apartment. pic.twitter.com/56GJwaqIUk

Investigators are gathering witness statements and working to put together details but said they're not yet sure of where the three people lived or how they knew each other, yet.

One of the victims was identified by the medical examiner's office as 39-year-old Holly Beverly, according to public records.

Officials said they believe the shooting was a slaying-suicide incident.

A neighbor told WFAA they heard five gunshots during the shooting. He also said two little kids came running out of the apartment where the shooting took place.

This neighbor tells me what he heard and saw - he said children were able to get out of the apartment. @wfaa pic.twitter.com/MXu3CgGgq3