According to police, the note said, 'You're gonna die,' and was found by a flight attendant before takeoff. 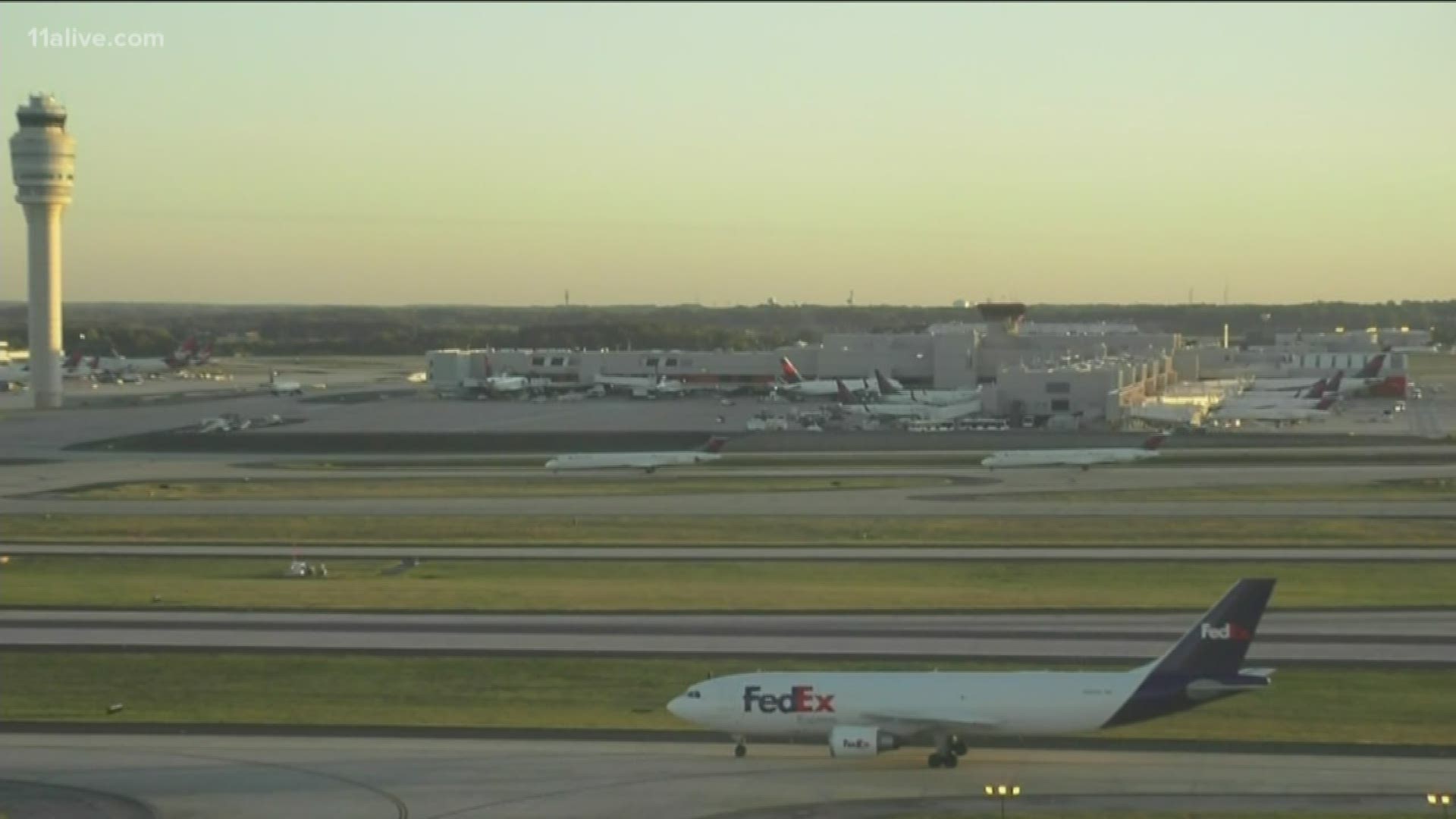 ATLANTA — Officials stopped incoming flights at Atlanta's Hartsfield-Jackson International Airport for a time early Saturday morning after a threatening note was found on board a plane bound for Dallas.

According to Atlanta Police, the note was found before 7 a.m. onboard American Airlines Flight 2770 from Atlanta to DFW Airport before the flight had left the gate.

All passengers on board the flight were taken off of the plane and rescreened at the gate.

The FAA stopped all arriving flights at Hartsfield-Jackson while a general security sweep took place.

According to the Atlanta Police Department's airport commander, Maj. Timothy Peake, Flight 2770 had left the gate area and was headed to the runway when a flight attendant discovered what Peake called a "black sticker" with the threatening message on it.

The message on the sticker, which Peake said was not handwritten said, "You're gonna die."

The sticker was located in the rear galley area of the plane. When the flight attendant found the sticker, she immediately notified the pilot of the plane. The pilot, in turn, aborted take-off of the flight and returned to the gate, where the plane was met by Atlanta Police.

"The passengers were disembarked and re-screened at the gate," said Carlos Campos with the Atlanta Police Department.

After the security sweep took place, normal operations were allowed to resume at the airport.

"A temporary ground stop that had been in effect has been lifted and operations at the airport are back to normal," Campos said.

Peake said the plane was moved to a separate area for a more thorough examination of the sticker and of the aircraft.

He said the aircraft was cleared at about 10 a.m.

Peake said the law enforcement investigation is continuing and will include interviews with the present flight crew as well as the prior flight crew.

He said the sticker was located in an area that was not normally accessed by passengers, but it was not far from an area near the rear lavatory on the aircraft.

An American Airlines spokesman who spoke to 11Alive News on Saturday morning said that the note was considered a "non-credible threat."

He had 76 bullet wounds from police guns. The DA is asking why