'They didn't leave anything': Thieves target another church in South Dallas 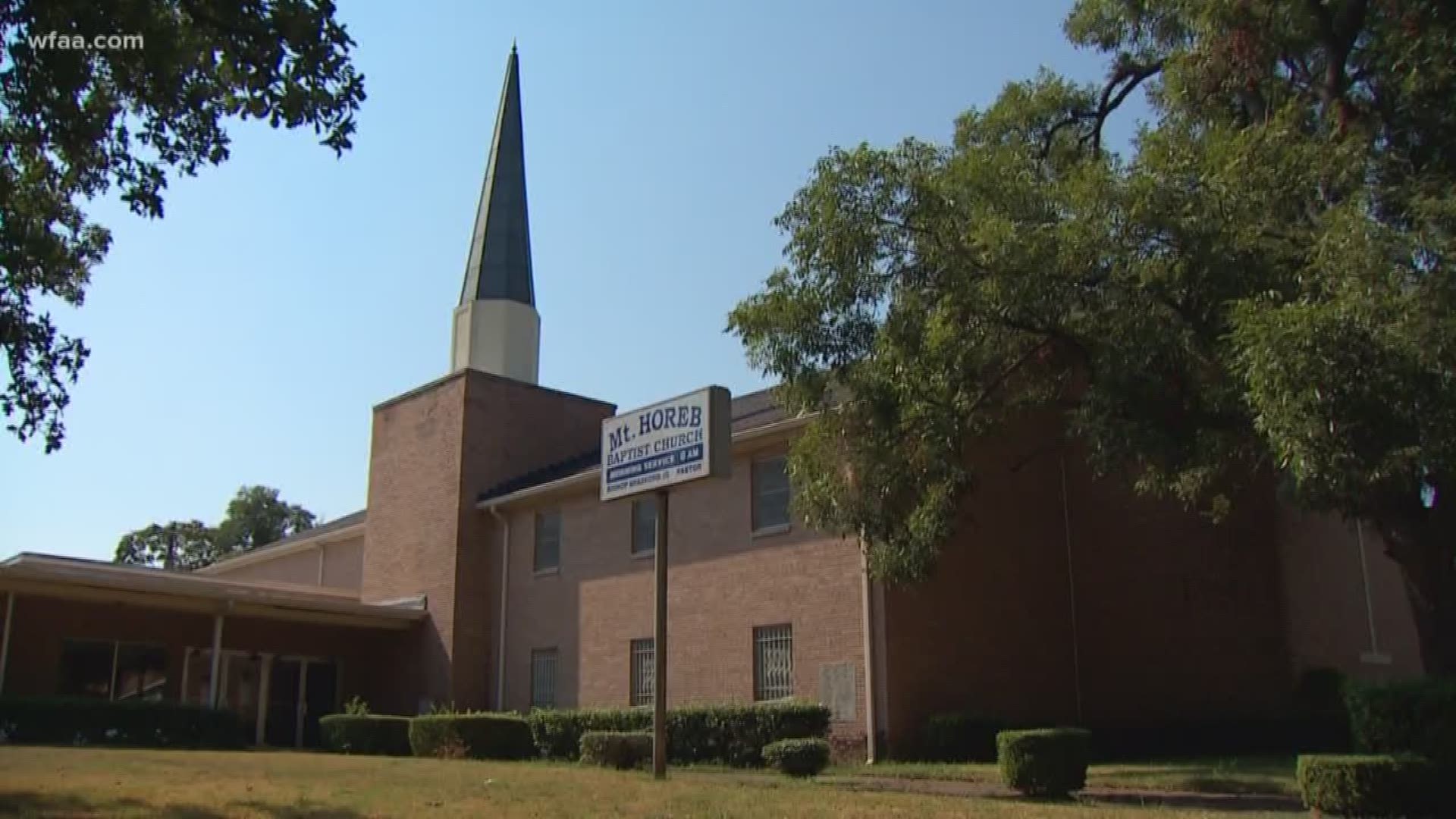 The most recent theft happened Aug. 28 at Mt. Horeb Baptist Church on the 3300 block of Carpenter Avenue.

Surveillance video shows a group of men in a two-toned pick-up truck drive up to the church. Their faces were covered and they used tools to cut through heavy-duty locks on a large cage.

"I honestly believe that somebody came by and cased this out and they were professionals," said Deacon John Moore.

"They didn’t leave anything," Moore said. “Nothing but the slabs that they were sitting on.”

The vandalism and theft have left the church without working air conditioning. Its members are worshipping at another church in Pleasant Grove until they figure out a plan to get the expensive units replaced.

"We come here because this is home,” said longtime church member Glenn Runnels. “We consider this our spiritual home out here.”

A few weeks ago, a similar theft happened nearby in at True Light Baptist Church in South Dallas.

Church leaders at Mt. Horeb have contacted the Dallas Police Department. The crime has church members urging other congregations to be on high alert.

The staff at Mt. Horeb Baptist Church can be reached at: