The teen girl apologized to the weeping family of UberEats driver Mohammed Anwar, who told her she didn't just kill him, but "killed his whole family." 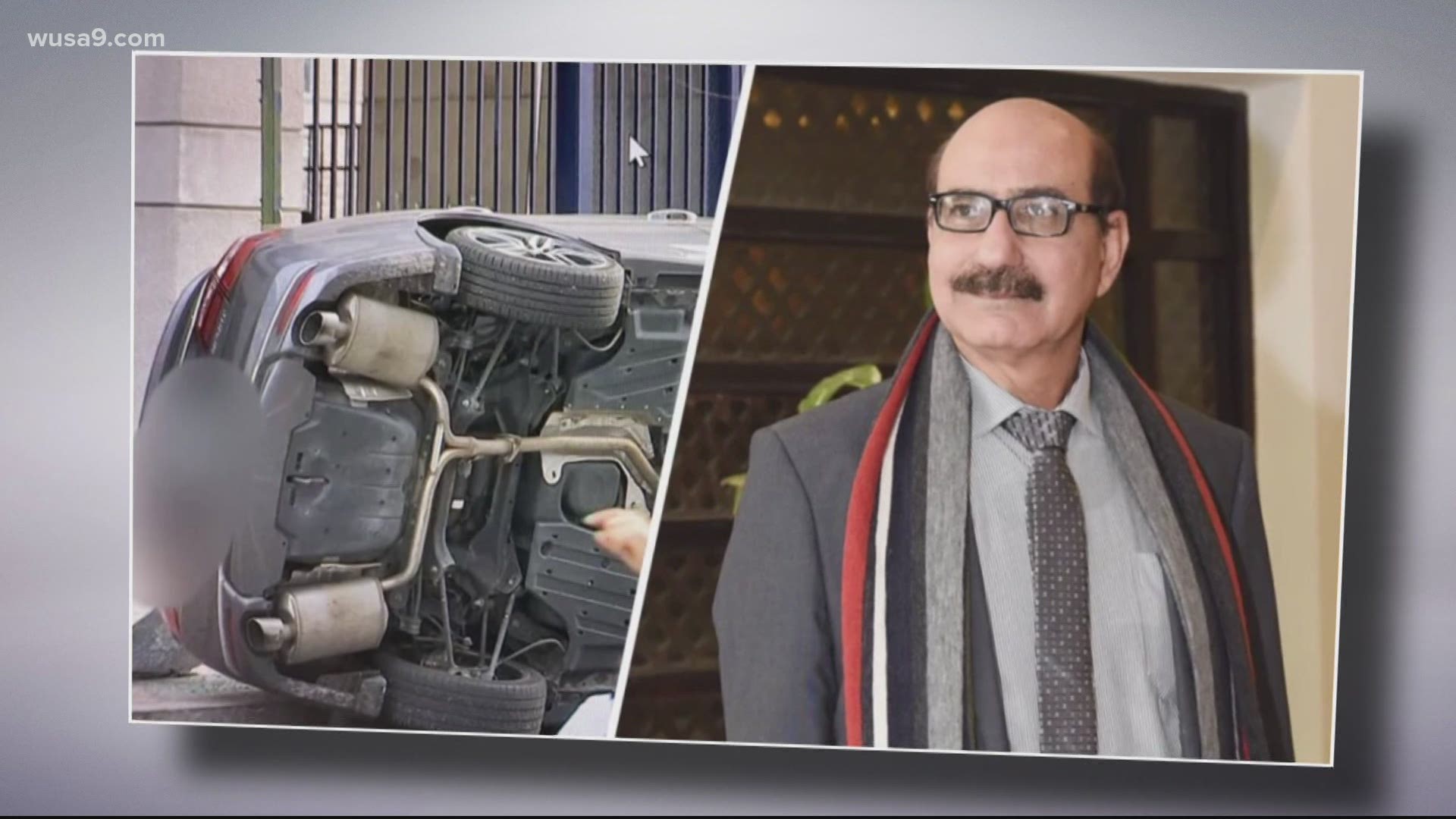 WASHINGTON — The judge called it an "unthinkable crime," and said it was "incomprehensible" that a child would be so "unfeeling," before sentencing the older of two teen girls involved in the carjacking murder of grandfather and Pakistani immigrant Mohammed Anwar. The judge gave the 15-year-old the maximum sentence -- six years of youth detention.

The girl will have to be released on her 21st birthday, and D.C. judge Lynn Leibovitz said she hoped by that time the girl will have received services so she's "never in a position to do anything like this again."

Anwar's family members wept as they described him as an "angel" who, despite humble means, always worked to help others. The UberEats driver had toiled apart from his family for decades, and had only recently been able to reunite with them in Northern Virginia. His daughter said he was a diabetic, who was always afraid in the morning when she had to prick his finger to test his blood sugar.

“I cannot get past the fact of him enduring the pain of the injuries you caused him," she said speaking directly to the girl being sentenced. "I cannot move past that sidewalk on N St. on March 23, where my apu (father) lay broken, while one of you is only concerned about your phone."

His widow, her niece said, has sat silently in a corner and wept since she lost him.

"There is so much our family has endured because of you," Anwar's niece said through tears, speaking directly to the girl. "In these few months since March 23, we were literally at the cemetery for his burial, when we learned a video of the incident was uploaded to the internet, and went viral quickly after, including in Pakistan, which is half a world away. I cannot begin to tell you how agonizing and devastating it is to watch your loved one die so violently, and have the world view it as entertainment on websites like Worldstar Hip Hop and TMZ. There are nights we cannot sleep as the horrific video replays in our heads over and over and over again. We are haunted by the image of his broken, crumpled body lying on the pavement, and him struggling to move. It is incredibly heartbreaking to watch the respondents lack empathy, and immediately cry out for their cell phones, while he is laying literally at their feet."

The younger girl, 13, stayed in the passenger seat, while the 15-year-old climbed into the driver's seat, according to prosecutors. In court, prosecutors said Anwar pleaded with passersby for help and asked them to call the police, but the older girl lied to the witnesses, telling them it was her mother's car.

Anwar blocked the older girl from closing the driver's door, but was half-in and half-out of the car as one of the girls screamed, "go, go, go!" and jammed it into gear, a lawyer for the D.C. Attorney General said.

The gruesome video shows the Accord racing down Van Street SE, with the driver's door flapping open and Anwar hanging on. The door slams into a tree and crushes him, then continues speeding down the street until the older girl makes a sharp right on N St. SE and the car flips over, throwing Anwar to the pavement and killing him. Both girls jump out of the car and try to escape, but are stopped by witnesses.

WUSA9 had to agree not to name the girls, or otherwise identify them, in order to be granted access to the juvenile court hearings, which were held remotely via WebEx

From a room at a youth detention facility Friday, the 15-year-old apologized to Anwar's family.

"No matter how much stuff I've been through, I never wanted to hurt someone," she said. "None of this was intentional, in other words, I never thought this would go through ... If I could take it back, I would."

Prosecutors said the girl at one point tried to use a taser on Anwar to get him out of the car.

But her lawyer, Edward Shacklee, said the girl was immediately remorseful, crying at the police station as detectives questioned her.

"She wasn't crying like her heart was breaking because she was at the police station," Shacklee said. "She was crying because she realized what she did."

Shacklee took no position on how long the girl should be detained.

As the judge imposed the sentence, the girl stared down at the floor. At one point, someone at the youth facility asked for a brief pause because the girl was crying.

The younger girl is slated to be sentenced on July 6, after pleading guilty on Thursday. The 13-year-old has already pleaded guilty to two previous offenses, according to the judge during the hearing, including a previous unauthorized use of a vehicle.

"The respondent chose to help her co-respondent steal a car," a prosecutor said during the hearing for the older girl. "She chose to join her co- respondent, asking for a ride from Mr. Anwar, with the intent of stealing his car. She chose to get into Mr. Anwar's driver's seat when they arrived at their location. She chose to carry a taser with her."

D.C. police say carjackings in the area around Nats Park have tripled in the last year.

RELATED: 'His death is immeasurable' | Family of a Pakistani immigrant mourns his death after he was killed in a Navy Yard carjacking