Innocent bystander Carlos Chapa was shot in the leg. 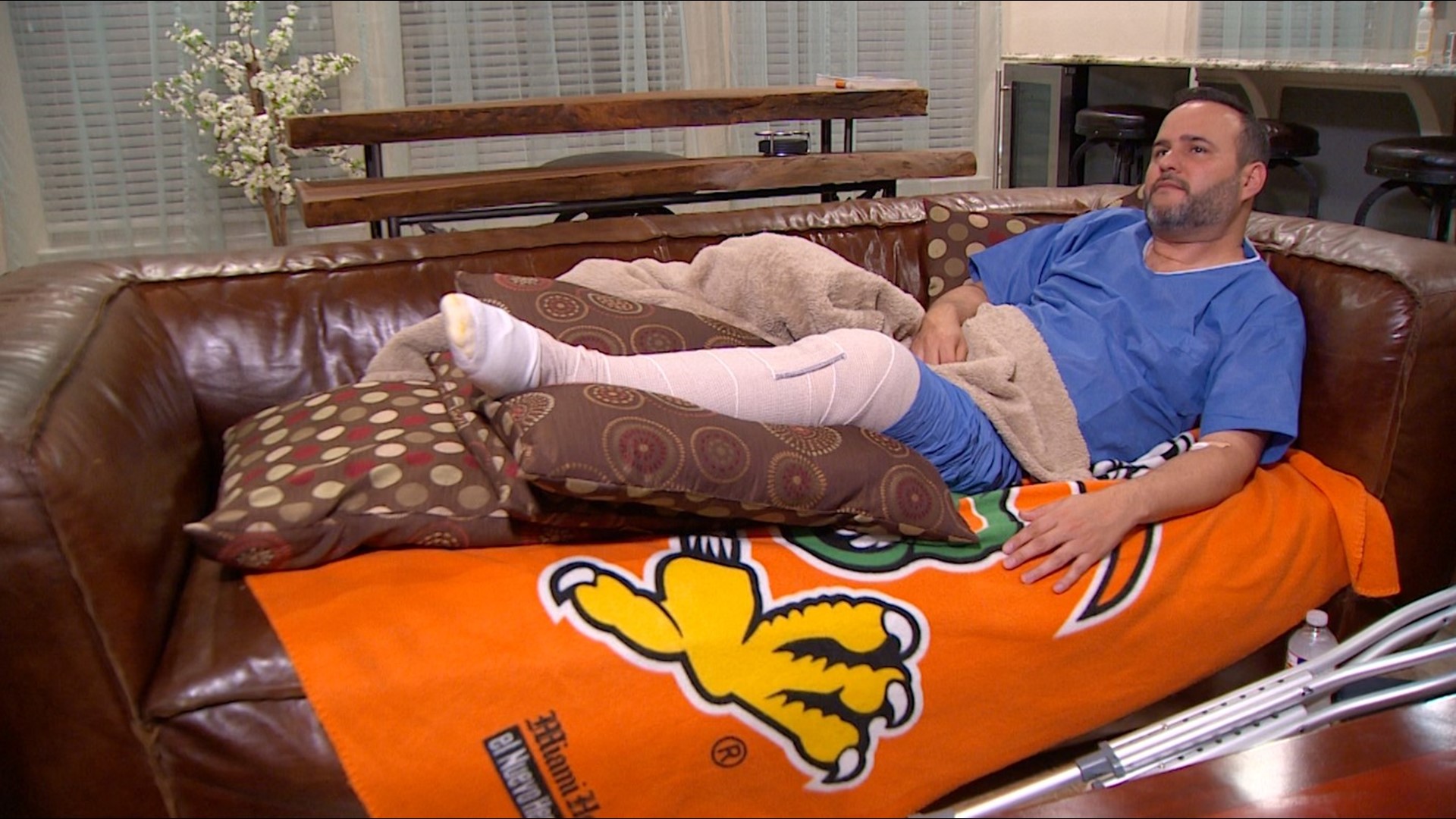 DALLAS — This is a breaking news story and will be continuously updated as WFAA receives more information.

Dallas Police responded to a shooting at a North Dallas Dave & Buster’s around 2 p.m. Sunday afternoon.

Dallas police confirmed that two groups of individuals were involved in a verbal altercation outside the venue. When they took their fight outside, one suspect shot an innocent bystander in the parking lot.

Family told the police that an argument over a stuffed animal led to a shooting. Innocent bystander Carlos Chapa was shot in the leg.

Chapa, a doctor, is now at home recovering from his injuries. He says when he walked into the arcade he witnessed a man walk by with a gun.

“As soon as I turned around I see him take out the gun, he cocked it, and it was a bam-bam-bam,” Chapa said.

“As soon as he did the third one, I’m trying to get out and I fell to the ground. I couldn’t feel, my leg wasn’t working.”

“I don’t wish this on any parent in the world, it is the most horrible feeling that one could ever have,” the elder Chapa said. “We didn’t know if he was a single shooter, if he had a semi-automatic, if he was one of these crazy guys that is going to come in and shoot everybody.”

Thankfully Chapa is expected to make a full recovery.

“Thank goodness the bone is good, the vessels are good, and it doesn’t look like anything should be permanent,” Chapa said.

Dallas police arrested the suspected shooter a block from the crime scene in the parking lot at a nearby CVS.

The entertainment venue is located near Walnut Hill Lane and Highway 75, officials said.

Several tweeted about the shooting Sunday afternoon, saying the shooting prompted a response at the location.

Another Twitter user shared a live stream video that showed patrons leaving through a backdoor as a fire alarm went off in the building.

That portion of the video begins around 31 minutes in to the recording below.

This is a developing story. For more breaking news coverage, download the all-new WFAA app.