Fort Worth police say a person of interest is being held on a charge of unauthorized use of a motor vehicle. 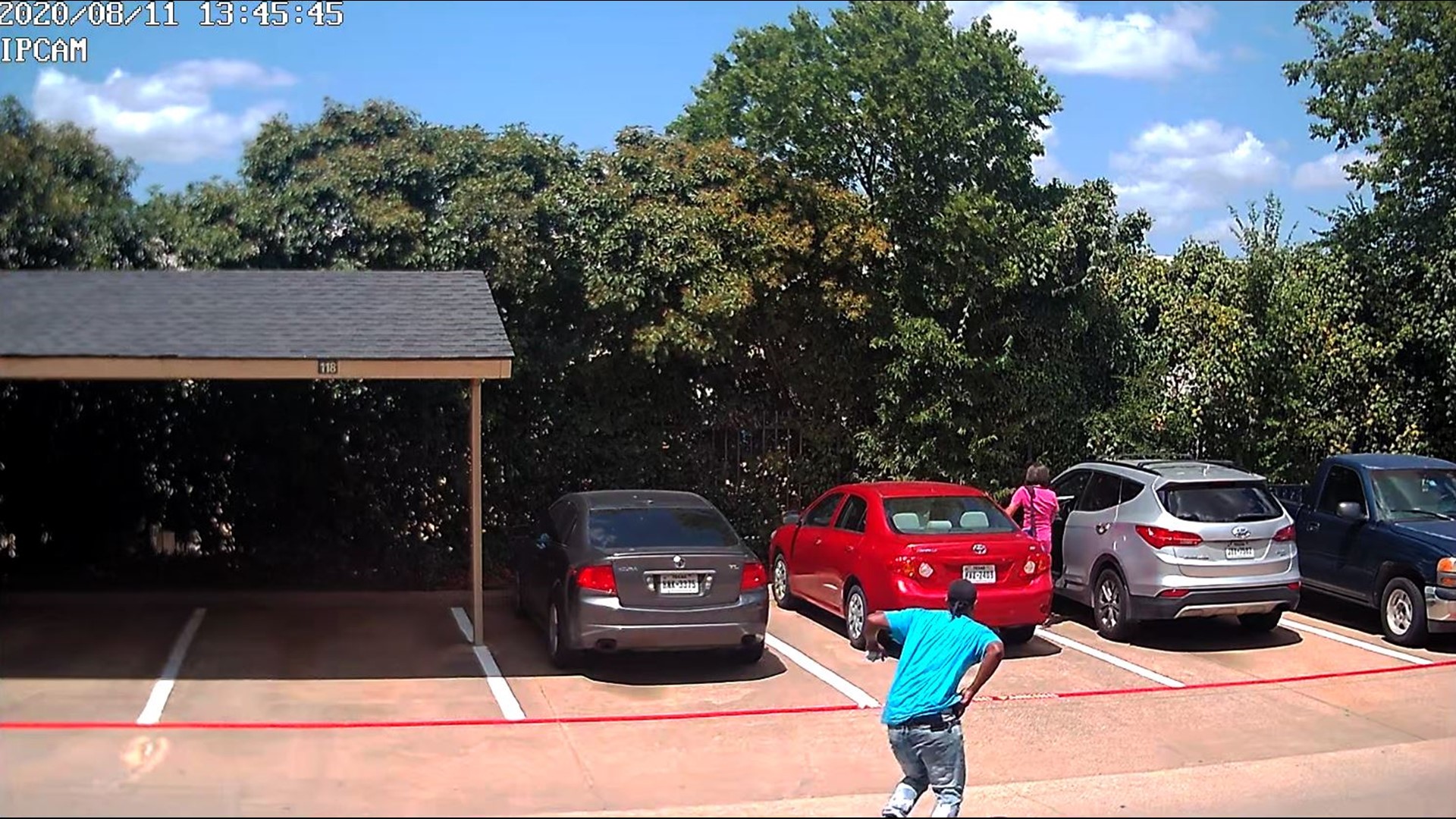 FORT WORTH, Texas — A person of interest is in custody after an armed carjacking Tuesday in Fort Worth, police say. The incident in the apartment complex parking lot was caught on a resident’s security camera.

It happened just before 2 p.m. Tuesday at Centre Oaks Apartments in Fort Worth, just south of DFW Airport.

A viewer sent WFAA video of a man approaching a woman, who was getting into her silver vehicle, in the apartment complex parking lot. Residents told WFAA the victim is a nurse and had just finished up with a client.

In the video, the man can be seen pulling out a gun and aiming it at the woman, forcing her out of the vehicle. After going through the victim’s purse, the man speeds away in her vehicle.

“I wish I could’ve done something to stop it,” Chip McAfee said. “It’s real scary when that kind of thing happens.”

McAfee witnessed the carjacking from his patio. Michele Gurno was sitting inside their apartment while McAfee stood outside.

“This guy was so bold and so desperate to do this that he did it in front of witnesses,” Gurno said. “That’s what’s unsettling: The time of the day, and all of the witnesses that watched this happen.”

Before taking off in the vehicle, the video shows the suspect turn the gun in the direction of the camera. McAfee said the suspect pointed the gun at him, because McAfee had started screaming.

“When somebody points a gun at you, I think he meant it,” McAfee said. “You know, it’s not like he’s playing with me.”

"Right across the street from us is a very busy train station," Gurno said. "So we have a lot of people coming and going."

According to the incident report, a credit card, $15 in cash, and various items were stolen along with the vehicle.

Robbery detectives with the Fort Worth Police Department are investigating the scene in Dallas. They say they have a person of interest in custody, being held on a charge of unauthorized use of a motor vehicle.

The name of the person has not been released yet. The Fort Worth Police Department told WFAA the individual originally gave officers false identification.

As the investigation continues, Fort Worth police says more charges are possible.

See something happening in your neighborhood? Send it to us through the WFAA app. Just click 'Near Me' at the bottom and "Share with Us" to send.