The bond for Sini Mathews, the adoptive mother of deceased 3-year-old Sherin Mathews, was reduced to $100,000 in a hearing Monday morning 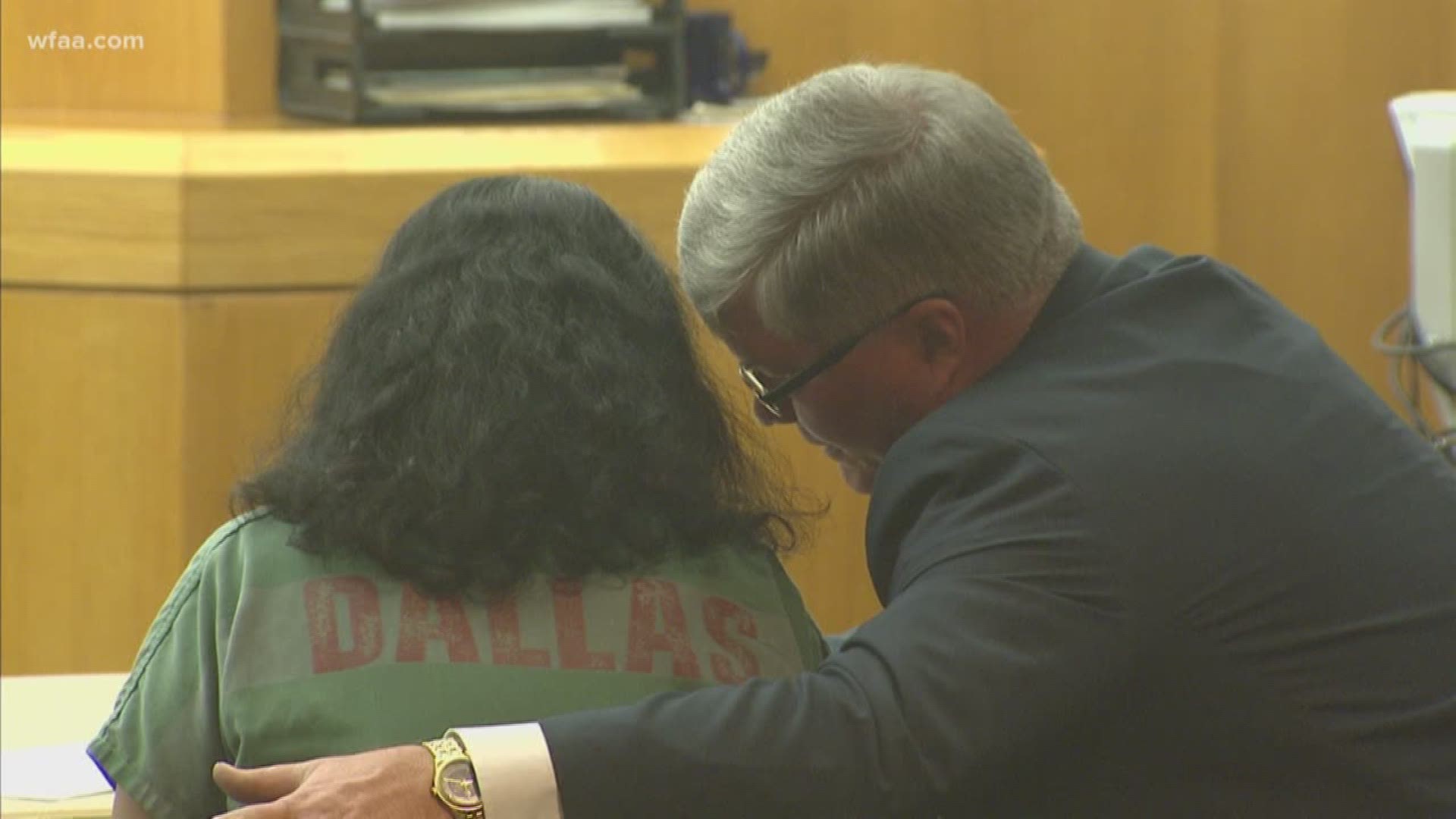 The bond for Sini Mathews, the adoptive mother of deceased 3-year-old Sherin Mathews, was reduced to $100,000 in a hearing Monday morning.

At the center of the 9 a.m. hearing was testimony regarding whether or not Sini is a flight risk should she bond out of the Richardson city jail.

Richardson police Det. Jules Farmer said the department received information that Sini requested her biological daughter’s shot records last month and they believe she may have planned to fleel to India, possibly with a fake passport.

Sini’s defense attorneys were calling for her bond to be reduced to the typical amount for a child endangerment charge ($500), which Sini faces after it was discovered she and her husband left Sherin home alone in the hours before her disappearance. They argued there were no indications Sini planned to flee or produce a fake passport and if she requested shot records for her daughter, it was so the girl could be taken to stay with family in India but Sini would not follow. The girl is currently staying with family in the Houston area.

Before the judge made her decision, the prosecution did not mince words in closing arguments.

"This woman is wicked enough to leave a 3-year-old in her house while she and her husband goes to dinner,” said 1st Assistant Mike Snipes with the Dallas District Attorney Office. “That shows a level of depravity in this woman's heart in and of itself."

Her bond had initially been set at $250,000. If she makes bond, she'll be under house arrest with an ankle monitor. Her passport has already been taken from her.

Sherin Mathews went missing on Oct. 7. Her body was found in a culvert a short distance from the family home on Oct. 22.

Sini Mathews turned herself in on Nov. 16 and has been in police custody since.