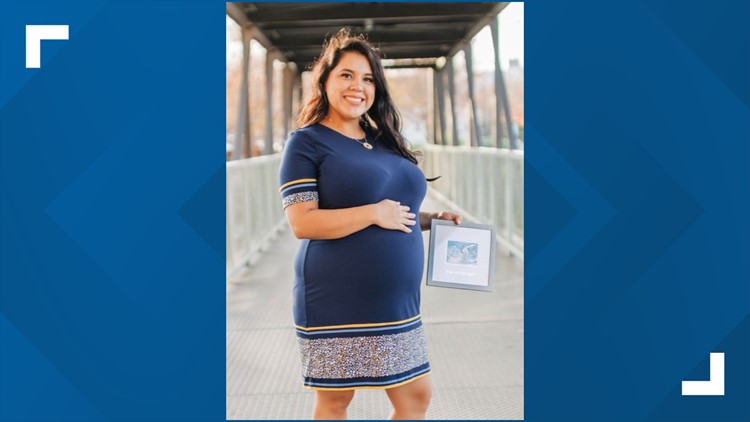 SAN ANTONIO — A soon-to-be mother of three who was shot and killed on Christmas Day was identified Thursday morning.

Police said 24-year-old Gabriella Rodriguez and her unborn child were killed during a custody exchange at Rodriguez's ex-boyfriend's home on the 11300 block of Candle Park.

According to police, Rodriguez was with her current boyfriend dropping her two children – ages 2 and 6 – when the boys' father shot Rodriguez, then turned the gun on himself.

The children were apparently inside the home when shots rang out, police said.

Neighbors said Thursday an outdoor security camera captured the moment Rodriguez's 6-year-old son ran out of the home to alert Rodriguez's current boyfriend, who was waiting in the car.

Another neighbor said he heard the aftermath.

Authorities have not yet identified the shooter, but family said he remains in critical condition.

Rodriguez's mother, Rosario Gutierrez, told KENS 5 that Rodriguez was expecting a baby girl. Family confirmed Rodriguez was eight months pregnant and that she and her current boyfriend planned to name their baby daughter Emilia

Rodriguez's two sons have been placed with Gutierrez. They will receive counseling through the help of King's Angels, a non-profit.

While Gutierrez said Rodriguez had life insurance, family members created a Facebook fundraiser for funeral arrangements and to help care for the two young boys Rodriguez leaves behind.

Gutierrez said her daughter was always with her and helped her through cancer treatments.

"She was my best friend," Gutierrez said.