Dimitrios Pagourtzis is charged with killing 10 people at Santa Fe High School on May 18, 2018. 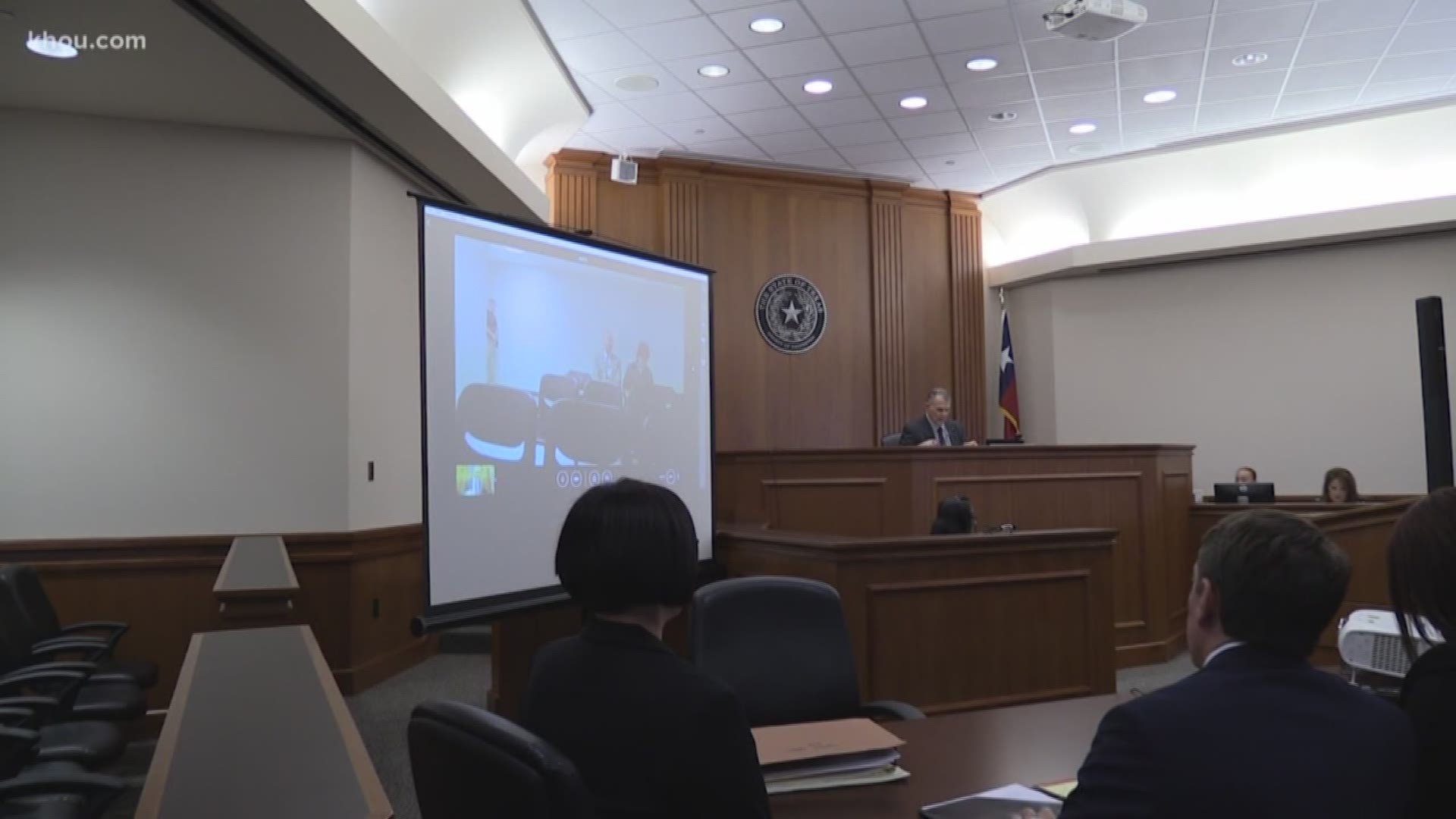 A Galveston County judge granted a change of venue request to Fort Bend County for the man charged with killing 10 people and shooting 13 others at Santa Fe High School.

Dimitrios Pagourtzis is charged with capital murder and aggravated assault of a public servant for the May 18, 2018, shooting.

Pagourtzis’ attorneys requested the change of venue in January, citing “so much prejudice in the community that the likelihood of Pagourtzis receiving a fair and impartial trial is doubtful.”

Credit: Jennifer Reynolds/The Galveston County Daily News
Dimitrios Pagourtzis appeared via a video feed in court June 21, where it was announced his trial will be moved to Fort Bend County. His trial is set to begin Jan. 23, 2020.

Pagourtzis wasn't in court today but appeared via a video feed from the Galveston County Jail.

Sonia Lopez, whose daughter Sarah Salazar was shot at Santa Fe, said her family is prepared to attend the trial and assure justice wherever Pagourtzis' trial is held. Salazar underwent her eighth surgery Thursday in hopes of lowering her lead levels from shotgun pellets still in her body.

The Fort Bend County Sheriff's Office said it will work with Galveston County to "ensure the trial goes smoothly and safely."

Reporters Grace White and Matt Keyser returned to Santa Fe a year later. What they found were heartbroken families who are still frustrated by the lack of transparency into the shooting investigation and at politicians, who some say, aren’t following through on making schools safer.

In the six-part podcast Santa Fe: Life After the Shooting, White and Keyser share these families’ stories of heartache and how those 30 minutes on May 18, 2018 have changed their lives forever.

Subscribe and listen to Santa Fe: Life After the Shooting on Apple Podcasts, Google Play, Spotify, Stitcher or wherever you get your podcasts.

Episode 1: The Day Everything Changed

A student gunman entered Santa Fe High School on May 18, 2018. He killed 10 people and wounded 13 others, casting this small Texas town into the national spotlight for all the wrong reasons.

RELATED: 'He died fighting': Family remembers son who fought to save others during Santa Fe shooting

So little do we hear about the long-lasting effects on the victims’ families after a school shooting. This is the window into one family’s grief who is still learning to live without the woman they knew as Grammy.

For some students who have had to return to Santa Fe High School, going back hasn’t been easy. Walking through the doors of the school serves as a constant reminder of the lives lost, their friends and classmates no longer there.

Episode 5: The Long Road Ahead

Unfortunately, there are people out there who know what these Santa Fe families are going through. The principal of Columbine, two moms from Sandy Hook and the father who lost his daughter in a school shooting in Colorado share their experiences of how they continue to remember their loved ones.

For some of these Santa Fe families, they’re frustrated and angry. They want more transparency into the shooting investigation, more accountability from politicians. And they’ve had to fight in hopes of keeping the shooter in prison for the rest of his life.

RELATED: One year after the Santa Fe High School shooting, are students any safer?