Sarah Olson said the last time she saw her son was at his birthday party about a year before his body was found in a Jasper motel room. 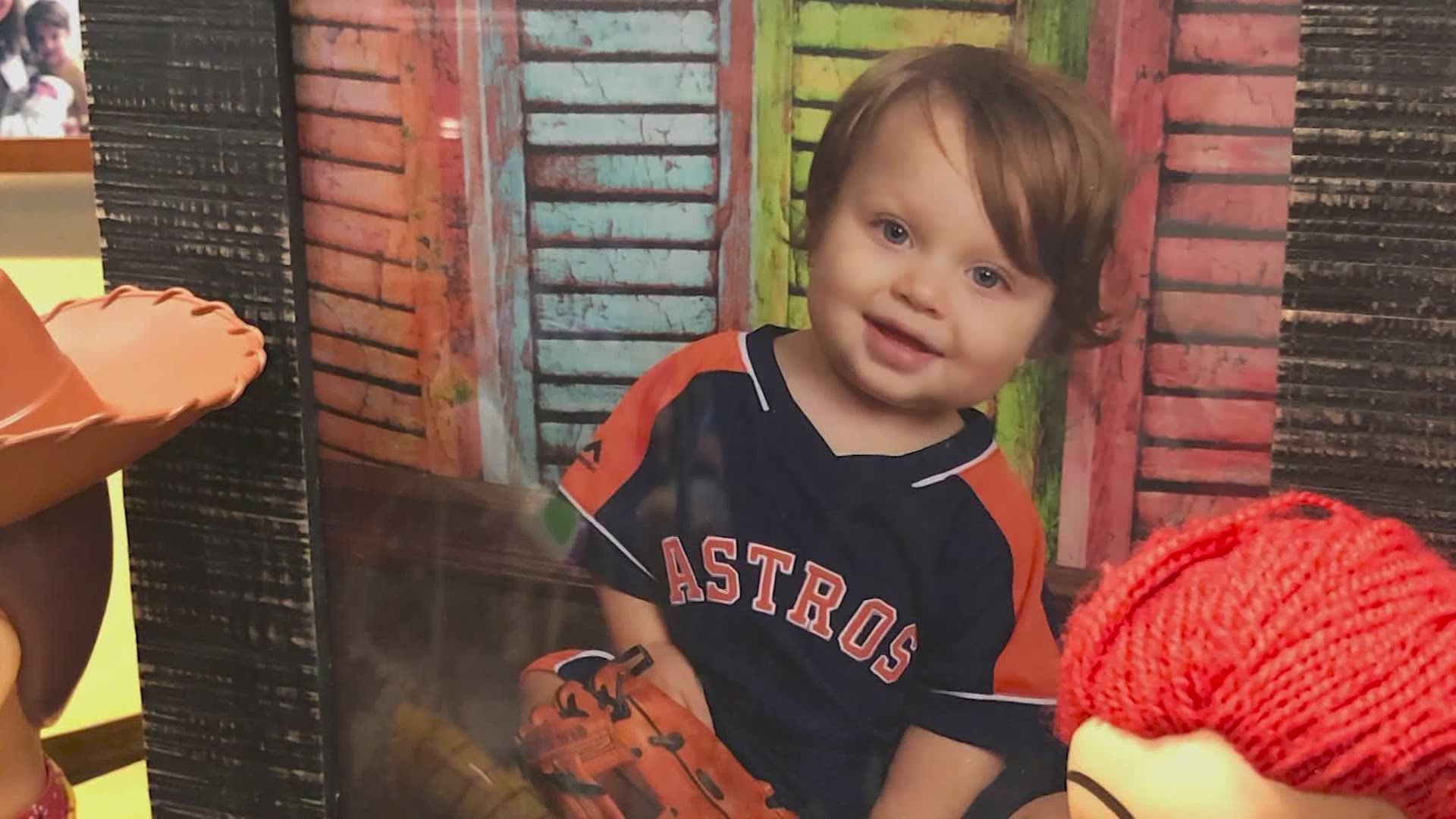 HOUSTON — Samuel Olson's mother spoke publicly about her son's death for the first time on Tuesday.

Samuel had been reported missing for weeks before his body was found in a Jasper motel room. The 5-year-old was killed by blunt force trauma, according to a preliminary autopsy report.

Pictures of happier days and a collection of Samuel’s favorite toys were put on display Tuesday night before his mother spoke to reporters for the first time. Sarah Olson said she hadn't seen her son since May 2020 at his birthday party.

She said she never spoke with him again after that.

“I was planning on taking him home that day but I was stopped,” Olson said.

Olson said a twisted and slow-moving legal process during the pandemic prevented her from getting him back before it was too late.

The boy was reported missing in late May by Samuel’s father's girlfriend, Theresa Balboa. At the time, Balboa told police the boy was taken from her by his mother and a fake police officer, according to authorities. Prosecutors said none of that was true.

Police said they found Balboa and the body of the boy 150 miles from Houston in a motel room in Jasper. Authorities said he had been dead for a while before he was discovered.

Balboa is charged with tampering with a corpse.

On Tuesday, Samuel's mother remembered the last words she spoke to her son.

“I told him I loved him, and everything would be OK,” she said.