Andrew Beard is accused of stalking, shooting, and stabbing the mother of his child, 24-year-old Alyssa Burkett, court records say. 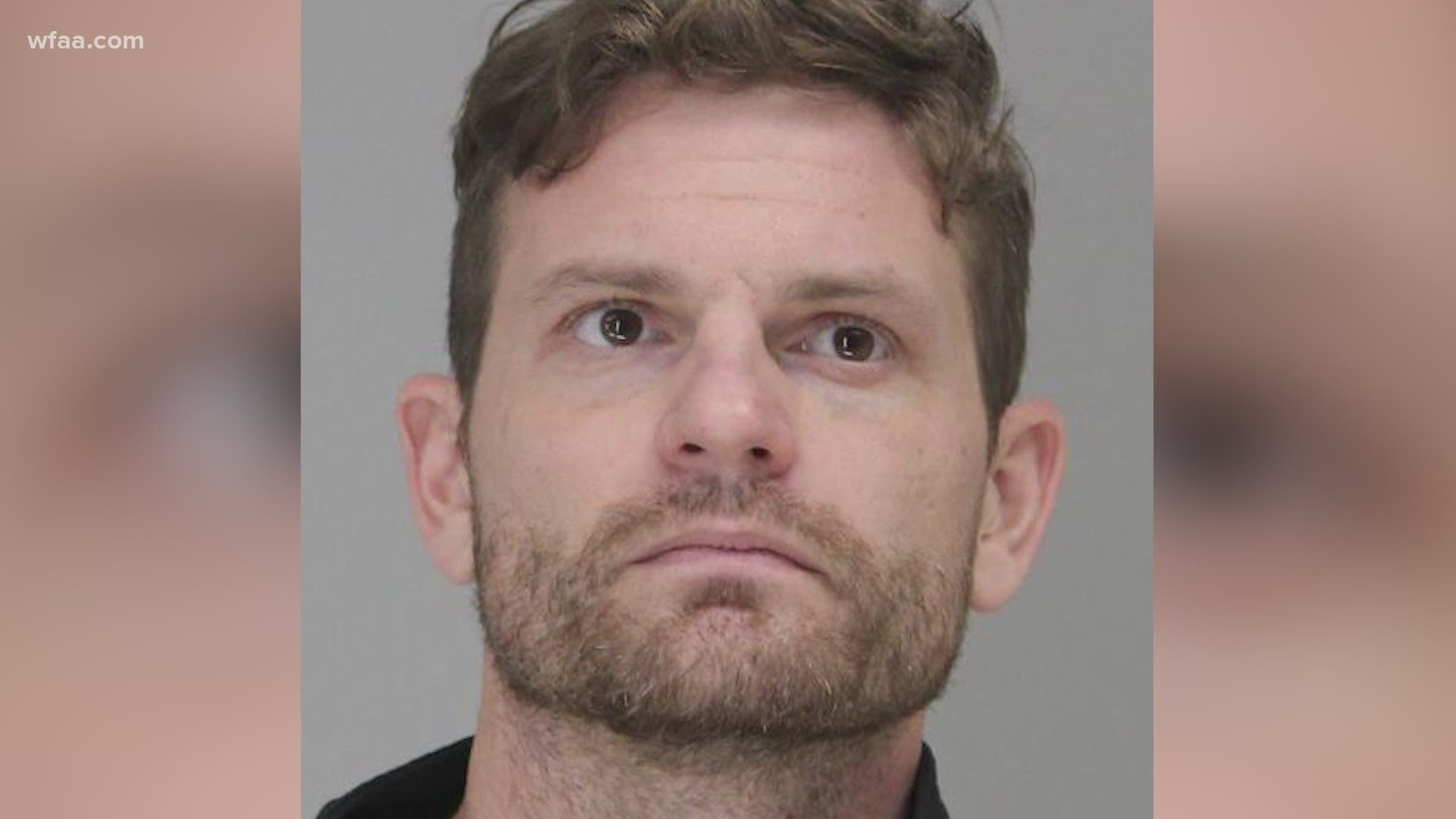 Editor's note: The video above aired on Oct. 22.

A Rowlett man who was released from jail earlier this month after allegedly killing the mother of his child has been arrested again on a federal firearms charge, according to authorities.

Andrew Charles Beard, 33, was arrested Thursday on a charge of possessing an unlicensed firearm silencer, the U.S. Attorney for the Northern District of Texas, Erin Nealy Cox, announced Friday.

If convicted, Beard faces up to 10 years in federal prison.

On Oct. 6, Beard was booked into the Dallas County jail but he was released two weeks later after his attorney posted a $1 million bond.

Beard is accused of stalking, shooting and stabbing the mother of his child, 24-year-old Alyssa Burkett.

According to federal officials, investigators uncovered a .22 caliber revolver and a gun silencer zipped into a baggie inside a toolbox in Beard's garage. Detectives believe the silencer was homemade.

Officials said when they conducted a search on the National Firearms Registration and Transfer Record database, they did not find a registered silencer under Beard's name, which is prohibited by federal law.

"Given the brutality of his alleged crimes, it’s unthinkable that Mr. Beard bonded out of county jail," Cox said.

Beard and Burkett had a 1-year-old daughter. Burkett was awarded custody of the child on Sept. 30 after what was a "contentious custody battle," the affidavit says.

The victim's friends and family said they feared Beard was going to hurt Burkett and that he was “overly obsessed” with her and their child, according to authorities.

Burkett died in the front of her work at an apartment leasing office on Oct. 2 after suffering a gunshot wound to her head and multiple stab wounds to her torso and arms, according to the arrest affidavit.

Police said after the incident they found a disguise inside Beard's truck. Court documents state police found, “a black beard and brown makeup." They believe he was trying to make it appear he was Black.

The victim's family and friends were angry and frightened by Beard’s release. Burkett's boyfriend spoke to WFAA after learning that Beard was out on house arrest.

"It's not fair and not very just at all. It's frustrating and the fact that he is it gives us no peace or chance to mourn. We have to look over our shoulders now," Ben Erwin said.

RELATED: Victim’s family outraged after man accused of killing mother of his child released from jail

During the investigation into Burkett's death, detectives found a black spy bot box and a tracking device underneath her and Erwin's vehicles, police said.

While searching Beard's house, investigators said they found a matching battery to the spy bot and a third tracking device.

Earlier this month, Burkett's family had said they wouldn't feel safe until Beard was back behind bars.