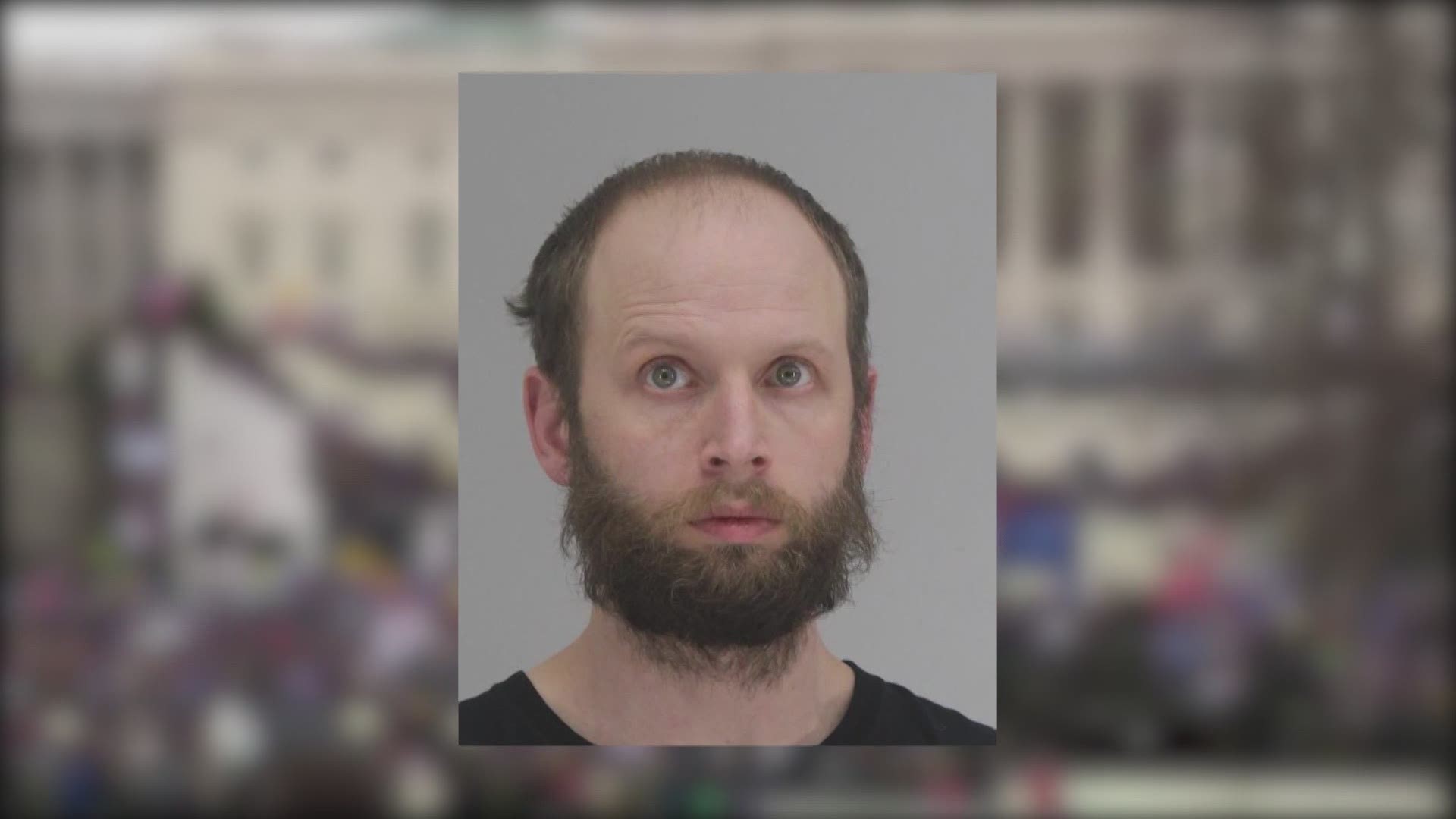 DALLAS — Despite the family and attorney of a Richardson man arguing for his release, and a statement from the defendant, a federal judge in Dallas ordered Garret Miller to remain in custody until his trial.

The judge said Miller, 34, poses a flight risk and remains a danger to the public as a domestic terror threat.

Miller was arrested at his home in Richardson on the morning of President Joe Biden's inauguration in Washington, D.C. for his involvement in the U.S. Capitol riots.

Lawyers for the government offered examples of his use of social media before, during, and after Jan. 6 as evidence Monday morning in federal court.

In multiple social media posts Miller published selfies from inside the Capitol rotunda and tweeted multiple messages from both inside and outside the building.

"What I witnessed was beautiful" and "next time we bring guns," he said in social media posts.

"We stormed the capital (sic) as peacefully as we could without weapons . . . The congress building."  A few days later he admitted on Instagram that he "had a rope in (his) bag on that day." He also posted to his Twitter account a photograph from the U.S. Capitol grounds and stated, "It was Beutiful! (sic)  #Trump."

The FBI said Miller threatened the life of the Capitol police officer who shot and killed a female protester multiple times on social media. In one conversation, he wrote: "hug his neck with a nice rope."  And that it will be "justice not murder."

The FBI said that as late as Jan. 16 in a Facebook conversation Miller said that the Capitol police officer is "not going to survive long" that "millions" of people agree with him that the officer "deserve(s) to die" and "so its (sic) huntin' season."

The FBI said that when Miller was arrested at his home in Richardson, despite claims he was no longer an advocate for Trump, he was wearing a Trump t-shirt. In his van and home, agents recovered a rope and grappling hook, a tactical vest, gas mask with filters, a suitcase with boxes of ammo, an AR-style rifle, a shotgun, a handgun, and a crossbow with arrows.

Miller had also made social media statements about needing to disappear for a while. The FBI, citing that statement as evidence he might be a flight risk, said his van, also equipped with an electrical inverter, showed evidence he may have been living in it for a time.

Miller's older brother and his father both argued for his release pending trial, saying that he was a "good man" who had just "gone down a rabbit hole" and lost his way.

"So out of character that is is unbelievable that it has occurred," said his father Bill Miller relaying that his middle son's fascination with Trump began shortly after he lost his job and was looking for a new sense of direction.

Garrett Miller's attorney offered a written statement to the judge on his behalf.

"I believed I was following the instructions of former President Trump and he was my president and the commander-in-chief. His statements also had me believing the election was stolen from him. Nevertheless, I fully recognize Joe Biden is now the President of the United States and that the election is over. I never intended to harm Congresswoman Ocasio-Cortez nor harm any members of the Capitol police force....I want to publicly apologize to Congresswoman Ocasio-Cortez and the Capitol police officers I have always supported law enforcement and I am ashamed by my comments."

Federal magistrate Rebecca Rutherford, agreeing with prosecutors that he posed a threat as a domestic terrorist and a flight risk, ordered him to remain in custody.

Unlike some Capitol riot suspects who have been released on bond, the judge found the allegations of death threats much more serious.

"You were hunting a law enforcement officer," the judge said in her ruling. "You intended to murder him by hanging him by a rope."

A next court date has not yet been set.