Richard Barnett appeared in front of a federal judge in Arkansas Tuesday. If convicted, he faces a maximum of 11 and a half years in prison and a $350,000 fine. 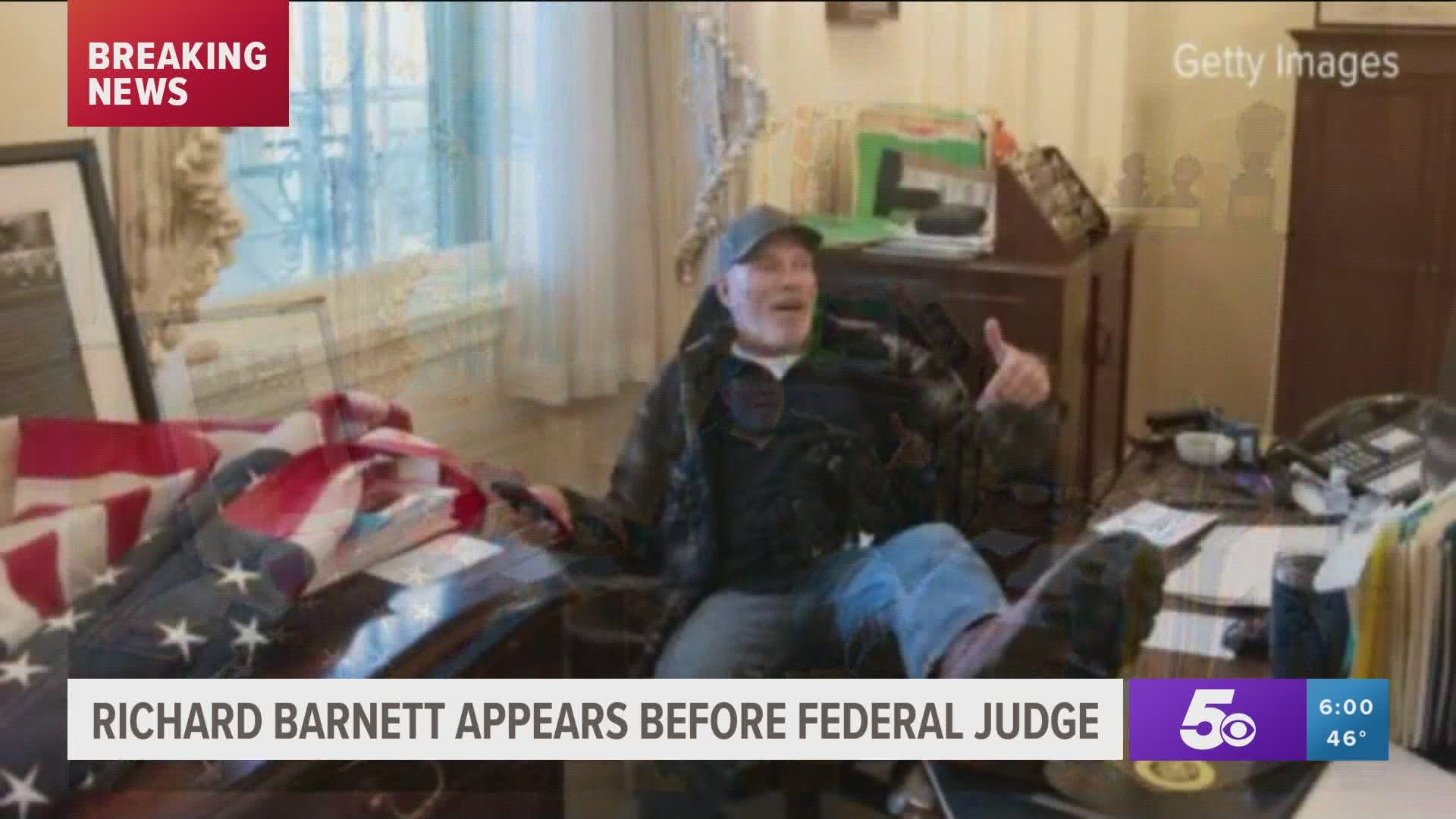 FAYETTEVILLE, Ark. — Richard Barnett, the man from Northwest Arkansas at the center of a viral photo in House Speaker Nancy Pelosi's office during a riot at the Capitol, appeared in federal court in Arkansas Tuesday.

Along with several other rioters, Barnett shocked the world when he stormed the U.S. Capitol last week while Congress voted to certify the electoral votes for President-elect Joe Biden. The scene has caused many people to blame President Trump and his cabinet for false claims that the election was stolen for him.

Five people, including an officer with Capitol Police, died due to the insurrectionist's violent actions at the Capitol. The FBI is warning of possible violent protests across the nation leading to Joe Biden's inauguration on Jan. 20, 2021.

Barnett, 60, of Gravette, Ark. faces several charges for his role in the riot.

5NEWS was one of the only news outlets in America to interview Barnett following the riot on the Capitol. He showed no remorse for his actions in the interview.

Barnett turned himself in to FBI agents at the Benton County Sheriff's Office on Friday, Jan. 8. He has been held at the Washington County Detention Center since then.

Credit: KFSM
A sketch of Richard Barnett as he faced a federal judge in Fayetteville, Ark. on Tuesday, Jan. 12, 2021. He faces trial for his involvement in the riot by pro-Trump supporters at the U.S. Capitol.

Tuesday was Barnett's first appearance in court via Zoom due to the Covid-19 pandemic.

New details emerged Tuesday that Barnett allegedly entered the Capitol building with a stun gun. This could add a maximum of 10 years to his sentencing if found guilty.

This is a developing story, please check back for updates.

RELATED: Ark. Gov. Asa Hutchinson calls for unity over the election and Covid-19 in State of the State Address