Rhome Police Chief Eric Debus said his officer, who was shot during a traffic stop Sunday, is expected to make a full recovery. 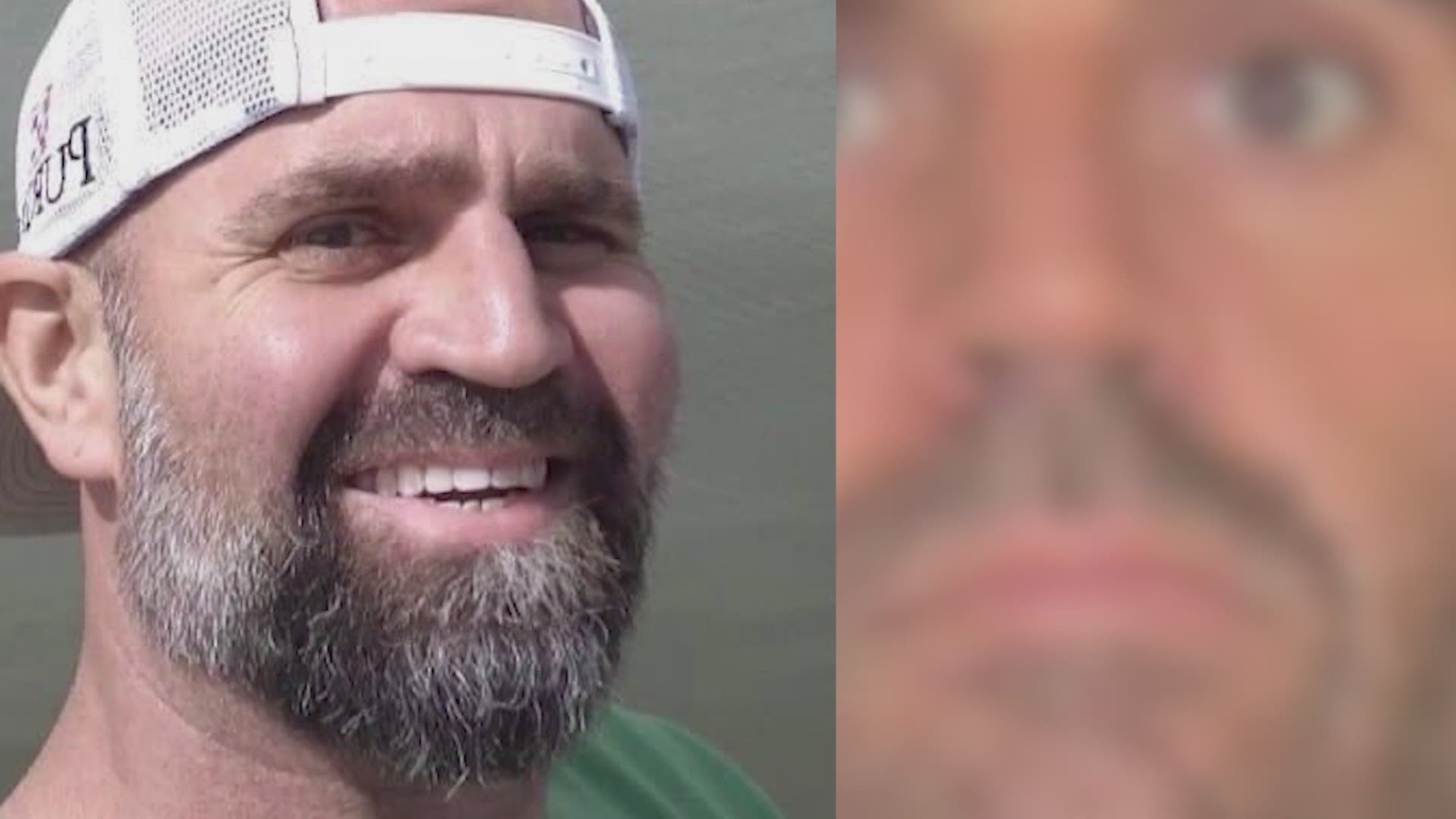 WISE COUNTY, Texas — Editor's note: This story has been updated to include the name of the officer shot.

Rhome Police Chief Eric Debus said his officer, who was shot during a traffic stop Sunday, is expected to make a full recovery.

“After he was released from the hospital, he did go home. He’s recovering as we expect,” Debus said. “And we’re really happy about that.”

The suspected shooter, identified by police as 43-year-old Royce Wood, was a suspect in an earlier home invasion robbery in the area on Saturday, according to Wise County Sheriff Lane Akin.

On Sunday, Rhome police tried to pull Wood over near Highway 287. After Wood fled, police chased after him on foot. Wood fired back at the officers, shooting Officer Rex Richie in the lower leg, Akin said.

“He’s a 20-year law enforcement veteran. Fairly new to the Rhome Police Department,” Debus said. “We’re sure lucky to have him."

Debus initially did not want to identify the officer, because the department did not "want to give any information out that the suspect might use for his purposes,” he said. “We have to guard against that. And it’s my job as the chief to protect my officers and to have their back.”

However, nearly 10 days after the shooting, authorities arrested Wood and another woman in an Arkansas motel.

Lake Worth Police Chief J.T. Manoushagian said the injured officer played an instrumental role in Manoushagian’s decision to pursue a career in law enforcement many years ago.

“I've been able to communicate with him by text message,” Manoushagian said. “My role is not to be a chief in this. It's to be a friend and a support for him. The impression I get: he's in good spirits. There's definitely a lot of outpouring support, which I'm thankful for. He'll recover. He's communicated to me that he's committed to getting back to the job and serving the Rhome community again.”

Around 7 a.m. Wednesday, the Wise County Sheriff’s Office set up a command post to search the area off Highway 287 where Wood was last seen.

By Wednesday afternoon, the Wise County Sheriff told WFAA the search area had been expanded, and the Blue Alert was canceled.

RELATED: What is a Blue Alert in Texas?

A Blue Alert can be issued in Texas when authorities are searching for a suspect who shot a law enforcement officer.

Sending out a Blue Alert involves collaboration between the investigating law enforcement agency, the Texas Department of Public Safety, the Texas Division of Emergency Management (TDEM), and FEMA.

Akin told WFAA Wood is not in custody and officials are expanding the search for him.

"The blue alert was cancelled due to constant complaints our office is receiving from citizens who do not wish to be disturbed during the nighttime hours," he wrote.