'How do you leave your friend behind': Family of suspect shot, killed by Lake Worth officer wants answers, as 2 suspects still remain at-large

“How do you leave your friend behind? You knew he wasn’t coming home that morning and you couldn’t even tell his family," said the family of the suspect who died. 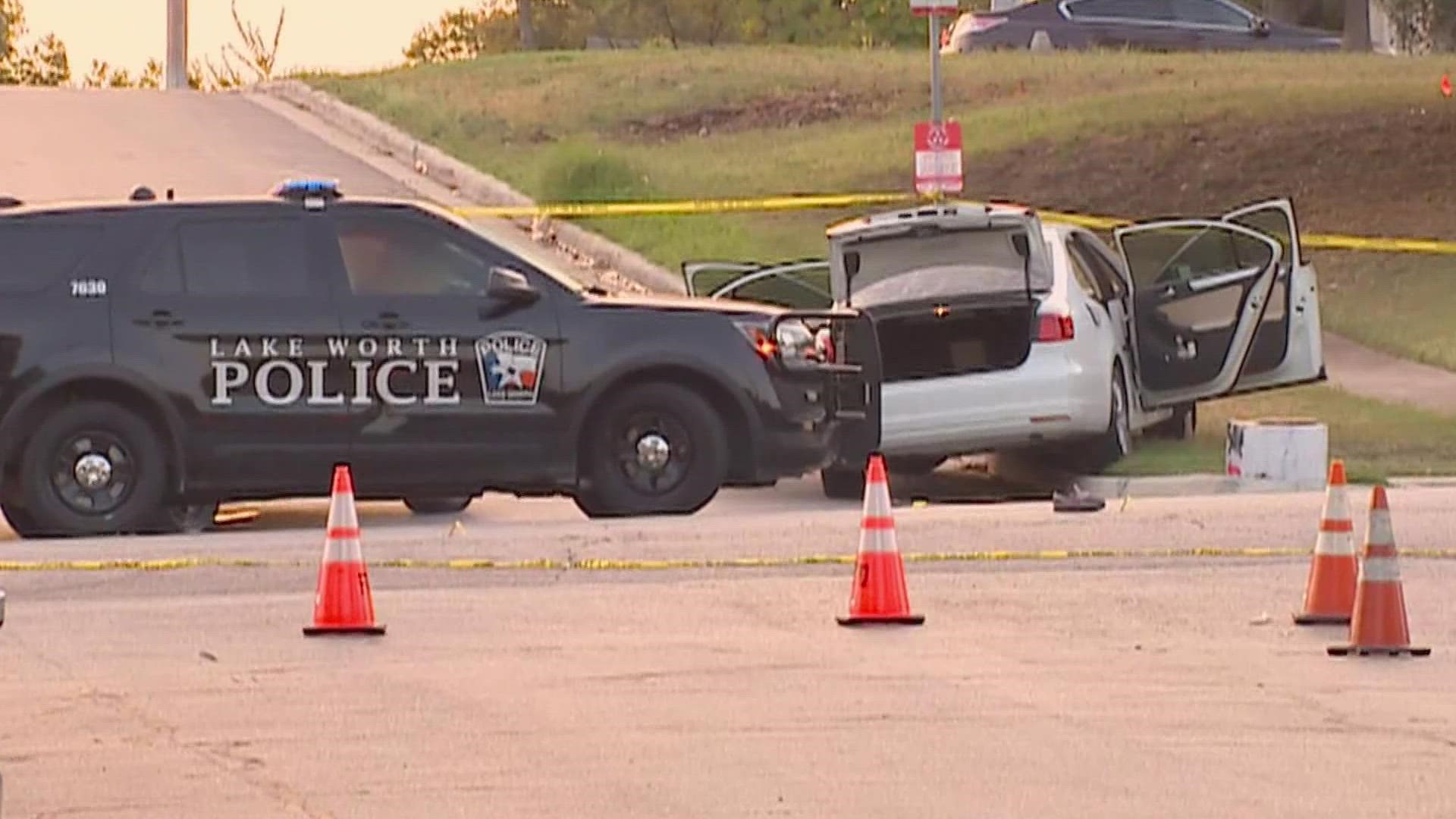 FORT WORTH, Texas — Editors note: The above video is from our previous story that aired Sept. 3.

Two suspects remain at-large and a family wants answers after a chase and fatal shooting by an officer in Fort Worth early September, officials said during a news conference Thursday morning.

Around 2 a.m. Friday, Sept. 3, Lake Worth police said officers tried to perform a traffic stop on a vehicle that was reportedly speeding and driving without lights on Loop 820. But the vehicle fled the scene, traveling through Lake Worth, Lake Settlement and then Fort Worth, according to officials.

In Fort Worth, the vehicle hit a curb, blew a tire and rolled near I-30, Lake Worth police said.

At one point during the pursuit, Lake Worth police said other agencies informed them that the suspects inside the vehicle may be armed and dangerous and may have also been involved in previous drive-by shootings.

Once the vehicle came to a stop, the driver pulled the vehicle over and three men exited the car, police said.

Lake Worth police said two of the suspects ran away from the scene, including the driver, but a third suspect that was in the backseat exited the vehicle with a firearm in hand.

Lake Worth police said that suspect pointed the gun at officers and was shot by one officer. The officers at the scene performed life-saving measures, but the suspect was pronounced dead. No officers were hurt.

During a press conference Thursday, Sept. 23, officials said the officer fired his gun six times and will remain on administrative leave as the investigation continues.

Officials also said during the course of the investigation, officers learned the gun of the suspect that was shot and killed had been linked to another shooting. It was unclear, however, if the suspect was also the one to use that gun in the other shooting.

The family of the suspect who was killed have been cooperating with police and said they want answers. They also wanted the two suspects on the run to come forward.

“How do you leave your friend behind? You knew he wasn’t coming home that morning, and you couldn’t even tell his family,” the family said in part of a statement, during a conversation with police. "Eventually, you will all be found and brought to justice. Come forward now and turn yourselves in."

Officials said the Fort Worth Police Department is leading the investigation and all of the suspects have been identified, but the names will not be released at this time.