At some point in the encounter, police fired their weapons, and the alleged suspect "was incapacitated," the release said. 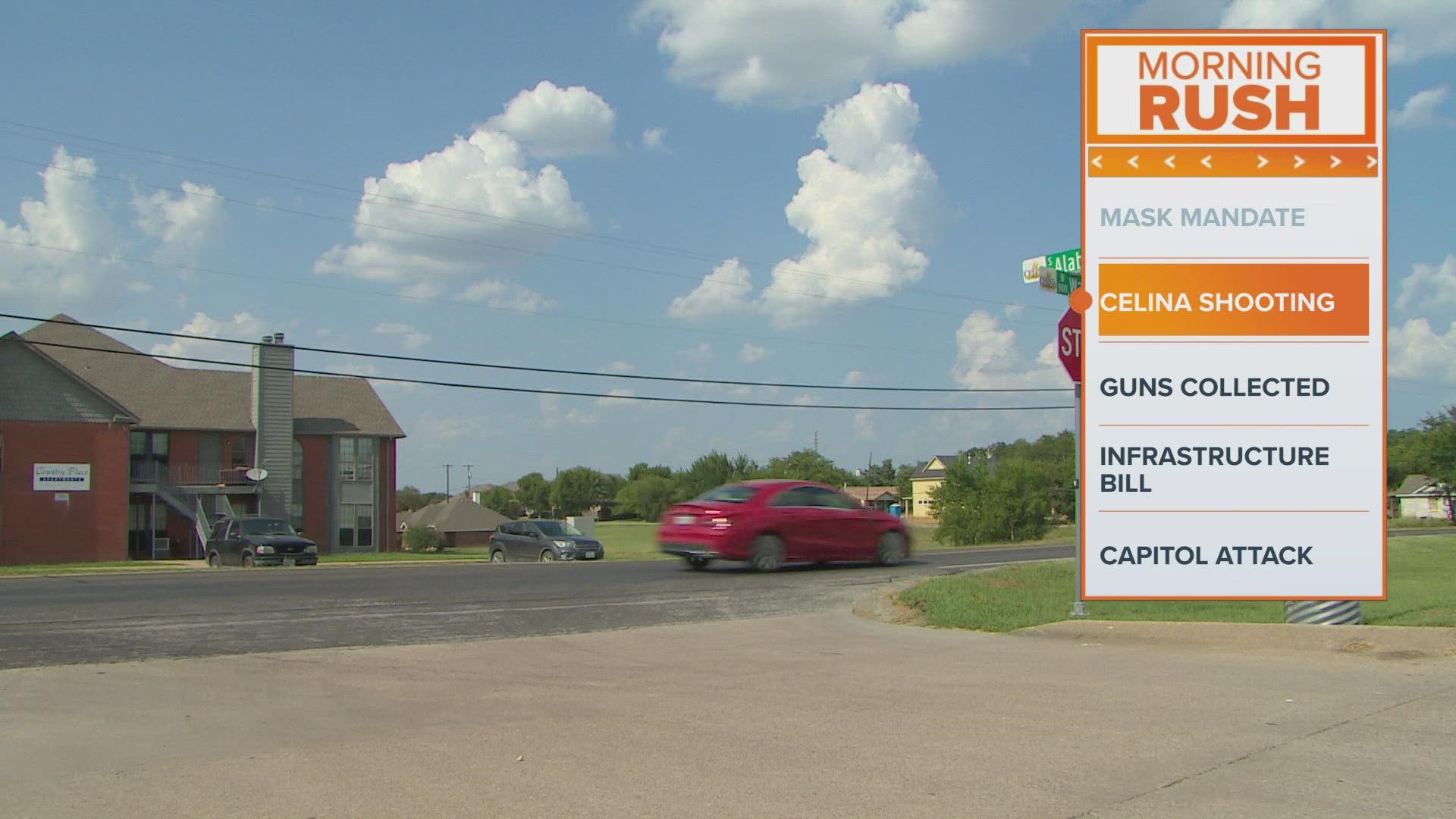 CELINA, Texas — Police fatally shot a person in Celina on Friday night, but few details have been released, officials said in a news release.

Officers responded to a call Friday night in the 100 block of South Alabama Street, where they encountered an armed suspect, the police news release said.

At some point in the encounter, police fired their weapons, and the alleged suspect "was incapacitated," the release said.

Celina firefighters rendered first aid, and the person was taken to Medical Center of Plano, where they died.

The Celina Police Department says the officers involved were uninjured, and have been placed on routine paid administrative leave.

Details leading up to the shooting have not been released at this time. Celina police referred questions to the Texas Rangers, who are taking the lead on the investigation.

"As law enforcement agencies often do, the Celina Police Department immediately requested the Texas Rangers to lead the investigation. I have complete confidence that their findings will be fair and unbiased to all parties involved. Such investigations take time so that all of the facts surrounding the case may be discovered," Celina Police Chief John Cullison said in a statement.