Gerald Wayne Harris died at a Dallas hospital after he was found with a gunshot wound early Monday morning. 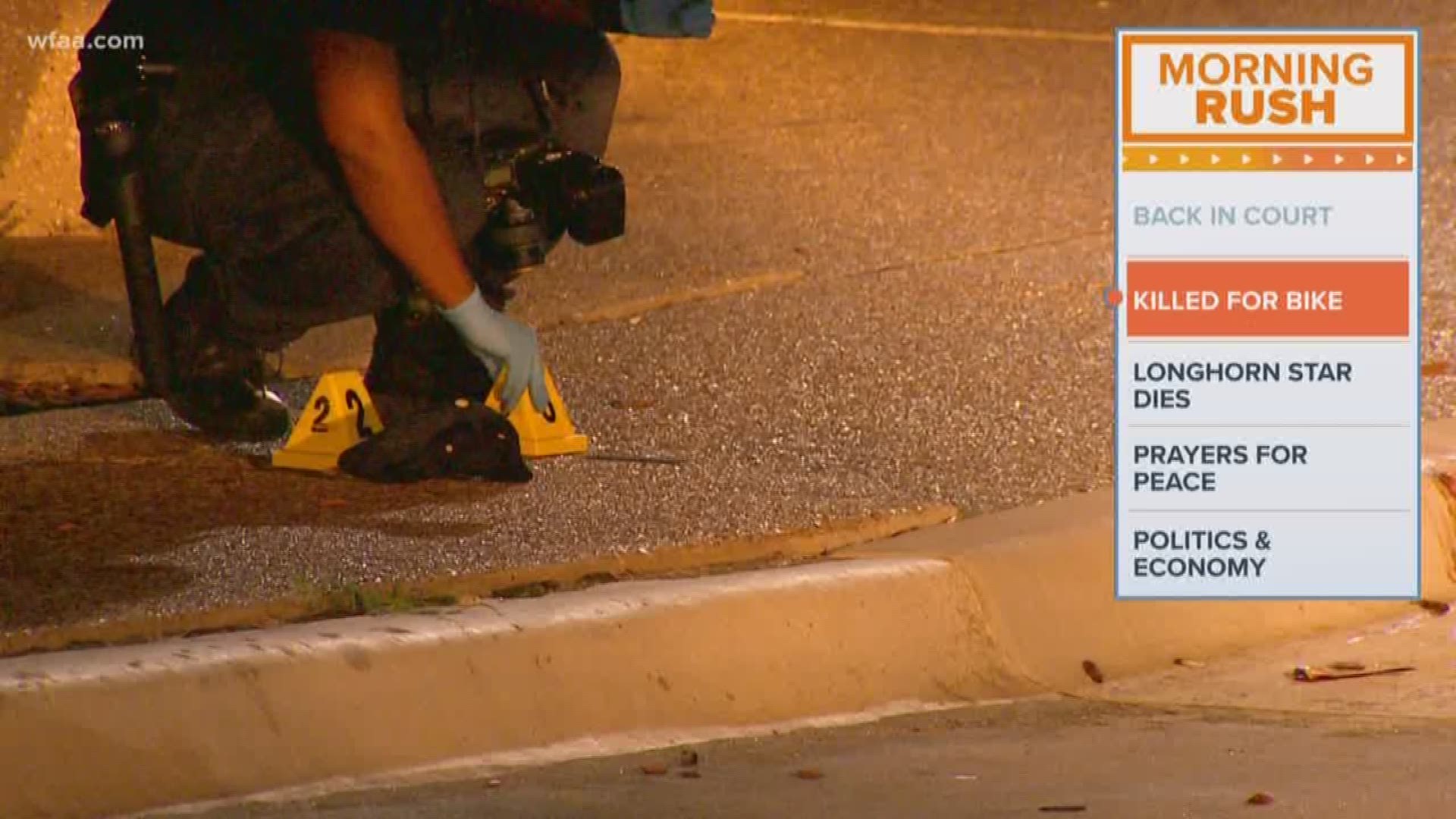 Police have arrested a man in the murder of a homeless man shot dead in the parking lot of a Lake Highlands parking lot.

According to police, Reginal Reshard Knox, 21, was arrested Wednesday afternoon. Knox is in custody on a capital murder warrant. His bond has not been set at this time, police said.

Police found Harris injured at about 12:12 a.m. after police received a call of shots fired in the 9200 block of Skillman Street in Dallas.

Harris was taken to a nearby hospital, where he was later pronounced dead.

Witnesses in the area said the man was homeless who mostly kept to himself. Police said the suspect took off with the victim's bike.

Dallas police have asked anyone with information about the shooting call Det. Derick Chaney at 214-671-3650 or via email at derick.chaney@dallascityhall.com.