The Plano police officer was not injured during the incident, according to officials. 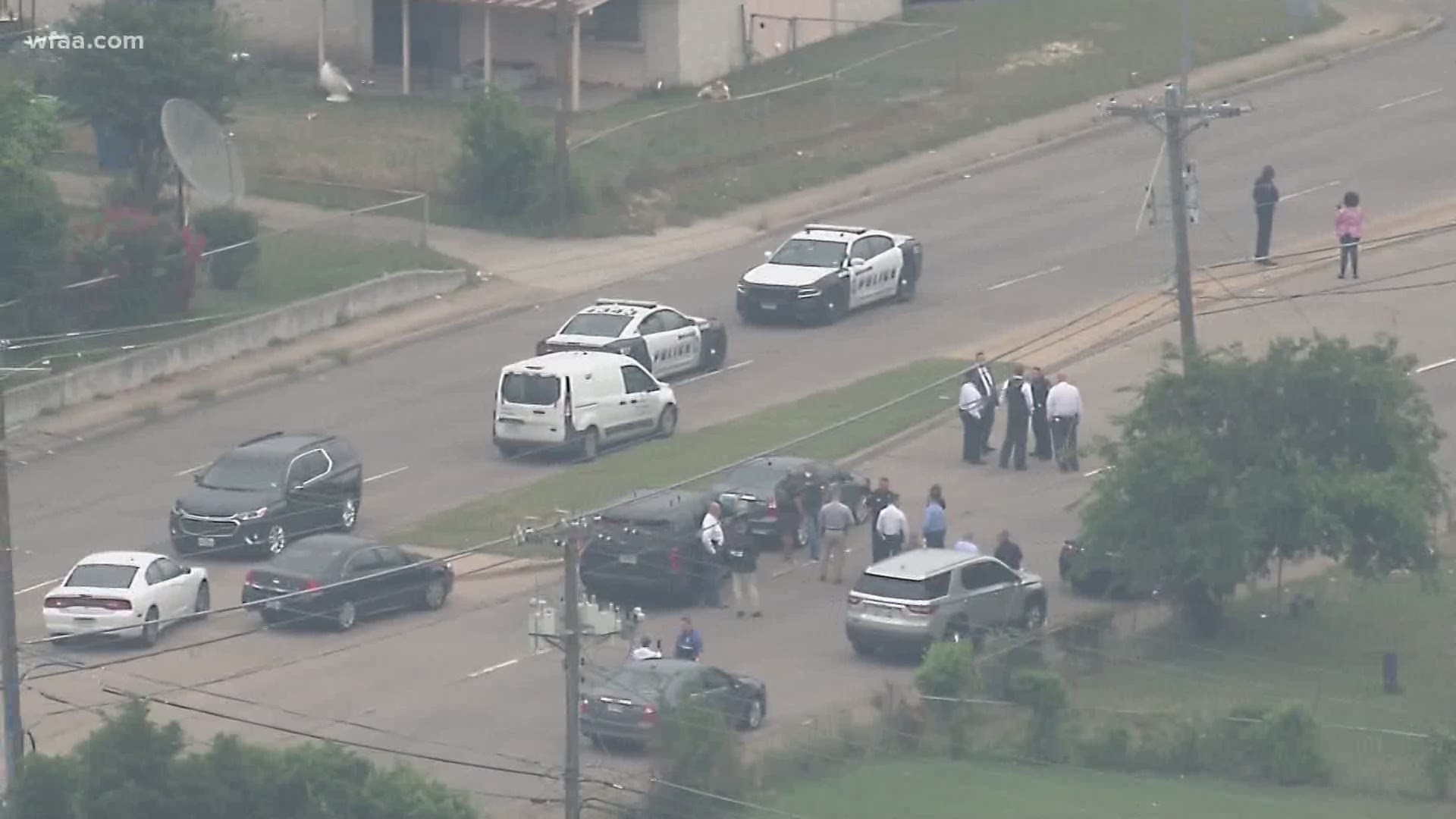 Updated at 10:55 a.m. with additional information from the Dallas Police Department.

A man was shot in the arm after he allegedly pointed a rifle at a Plano officer, authorities say.

The shooting occurred around 7:15 a.m. Thursday near Bonnie View Road and Tioga Street in Dallas.

Dallas authorities say a Plano police officer saw a man who had been involved in a car crash get out of his vehicle and grab a long rifle from the backseat.

At that point, the Plano officer who was not in uniform stopped to get out of his vehicle. He then identified himself as an officer and confronted the man.

Witnesses told authorities that the man continued to walk away and then turned and pointed his rifle toward the Plano officer, according to Dallas officials.

Authorities say the officer then fired his weapon multiple times and struck the man in the arm.

The man fled the location and was later found after someone called to report a suspicious person in their background, according to officials.

The man was transported to the hospital and is expected to survive.

The Dallas Police Department is continuing to investigate the shooting because it occurred within the city of Dallas.