First responders tried to resuscitate the victim but were unable to do so, according to police. 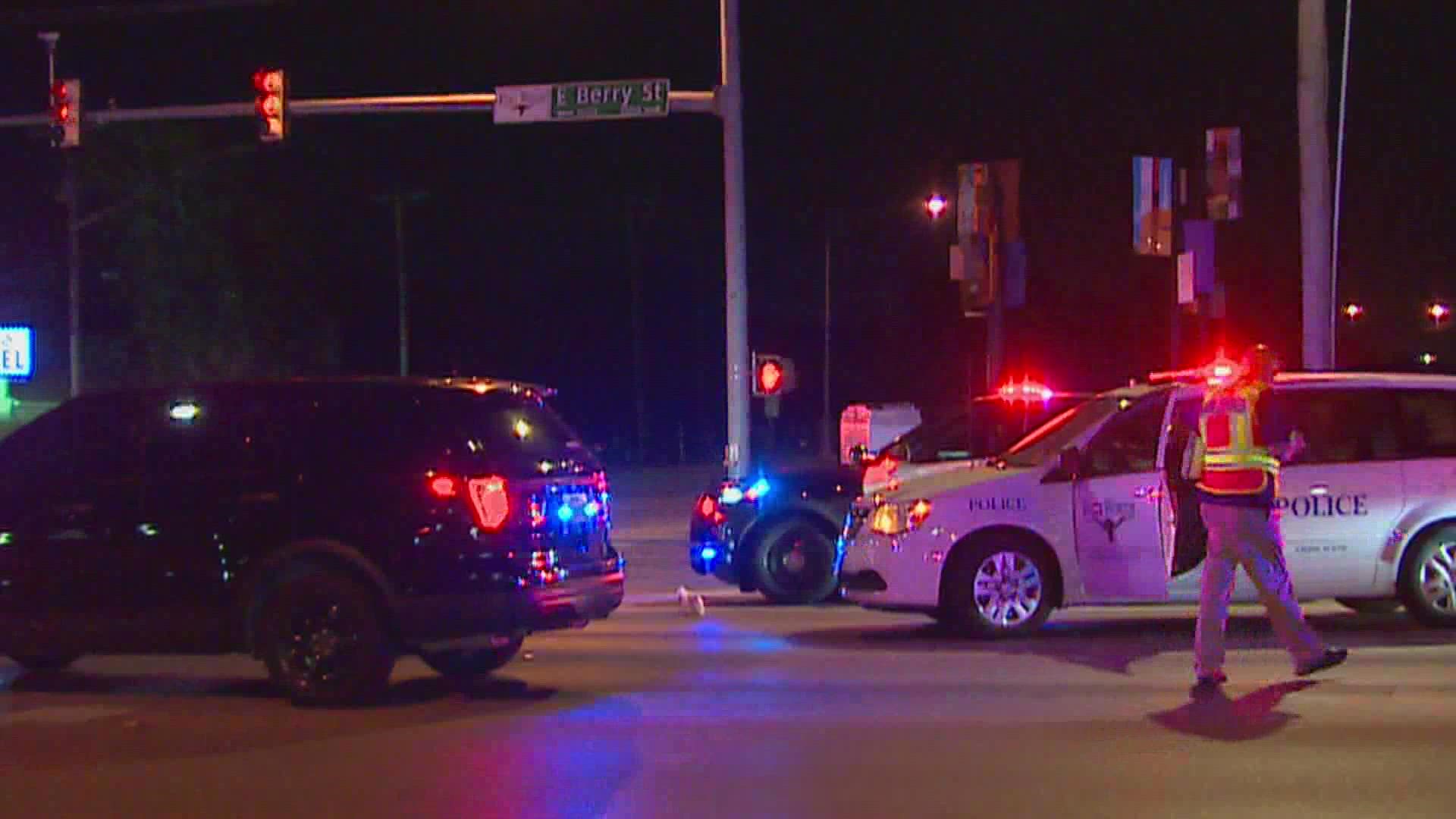 FORT WORTH, Texas — One person was killed Tuesday in a fatal hit-and-run in Fort Worth, police said.

The incident happened around 10 p.m. at the intersection of East Berry Street and South Riverside Drive.

When officers got to the scene, they found the victim who had been struck, but that the driver of the vehicle had fled. The victim was pronounced dead at the scene by first responders after resuscitation attempts failed, according to police.

An investigation is now underway.