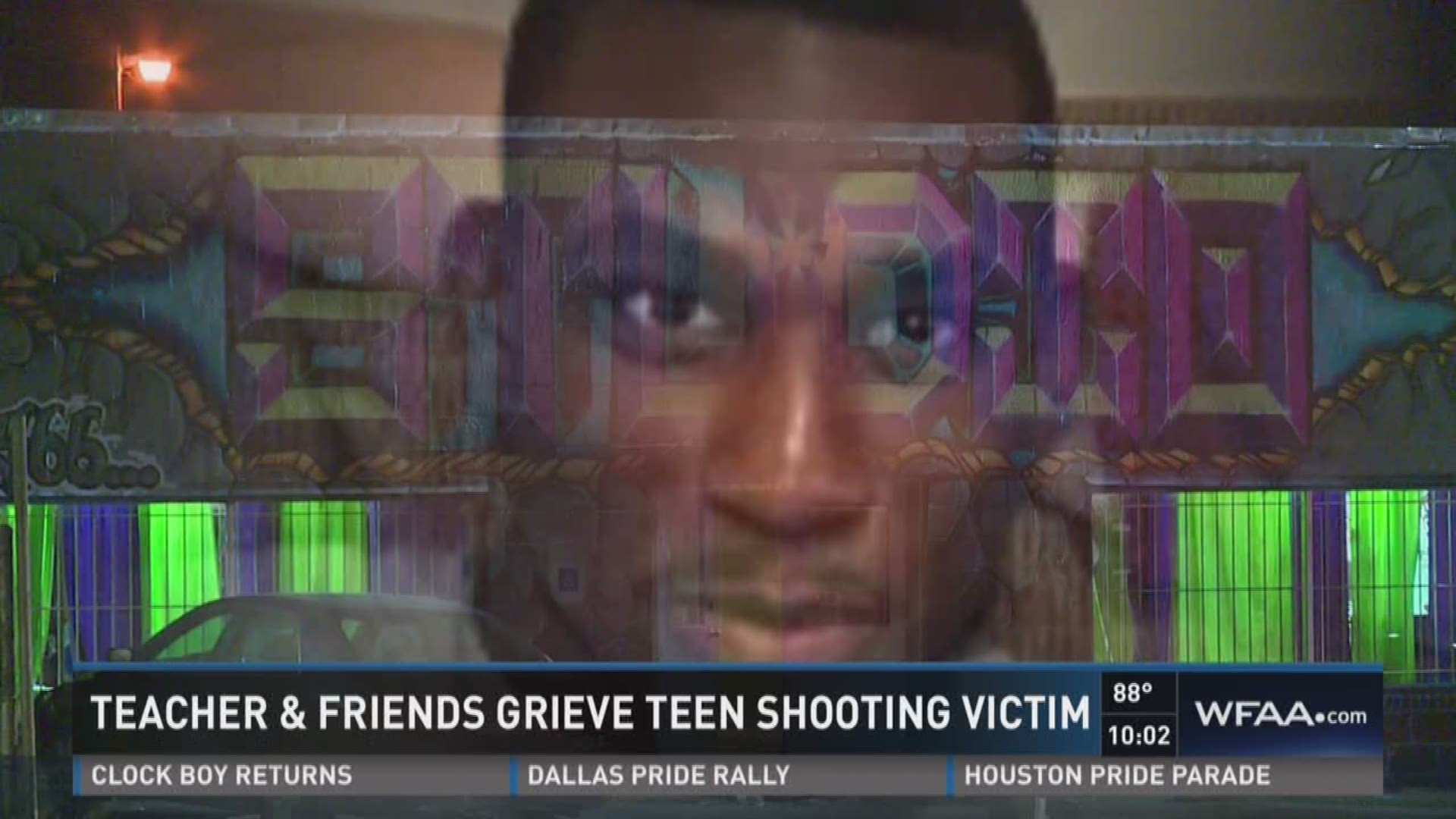 Larkin, 18, thought of joining the Army. But on Friday night, he went to a party and lost his life.

He invited his friend, Noah Jones, to come too.

“He was just going to have a good time,” Jones said. “And something just went wrong.”

Police said an argument broke out during an unsanctioned party at Studio 74, leading to a gunfight just after midnight.

The studio’s owner, Laura Reyna, said no one was authorized to be there that night.

Darryl Scott lives right across the street from the nonprofit dance studio. He said he heard multiple gun shots.

“I just heard the shots going off, and I heard the people yelling and screaming, burning rubber, going away,” he said.

Police said the shooting was possibly gang-related. They’ve identified more than one suspect.

At least five people were taken to the hospital. Two others died: Larkin and Treavon Lewis, 22

Larkin’s friends say they believe he was innocent, and that he was simply in the wrong place at the wrong time. They wanted to be with their teacher as they tried to make sense of the loss.

“We all loved Jordan so much,” Russell said. “He made us laugh -- and he’s still making us laugh. He loved life, he really did.”