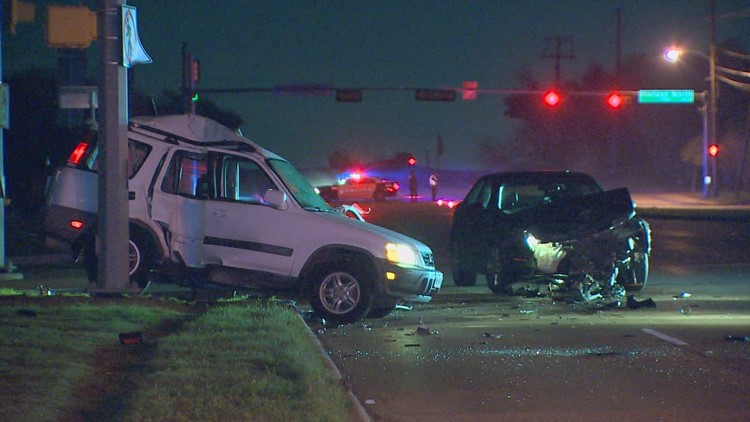 DALLAS — Updated at 9 a.m. to change the arrestee's age from 53 to 38 after Dallas police officials corrected their initial report.

A 53-year-old man was taken to a local hospital in critical condition after he was in a car crash with a suspected drunk driver overnight Thursday, Dallas police said.

Joel George, 38, was arrested on a charge of intoxication assault due to the crash, according to police.

The crash happened around 12:20 a.m. The man who was injured was driving south on Midway Road through the intersection with west President George Bush Turnpike at the time, police said.

He had a flashing yellow light, but as he was going through the intersection, officials said George failed to yield to him.

George allegedly had a flashing red light when the crash occurred.

Police said George hit the man's car on its left passenger side, spinning its right side into traffic signal pole.

George remained at the scene, according to police, and was allegedly found to be under the influence of alcohol.

Both cars appeared heavily damaged at the scene.