The homeowner said his two vehicles have since been recovered, but he wants to remind everyone to always lock your doors no matter what. 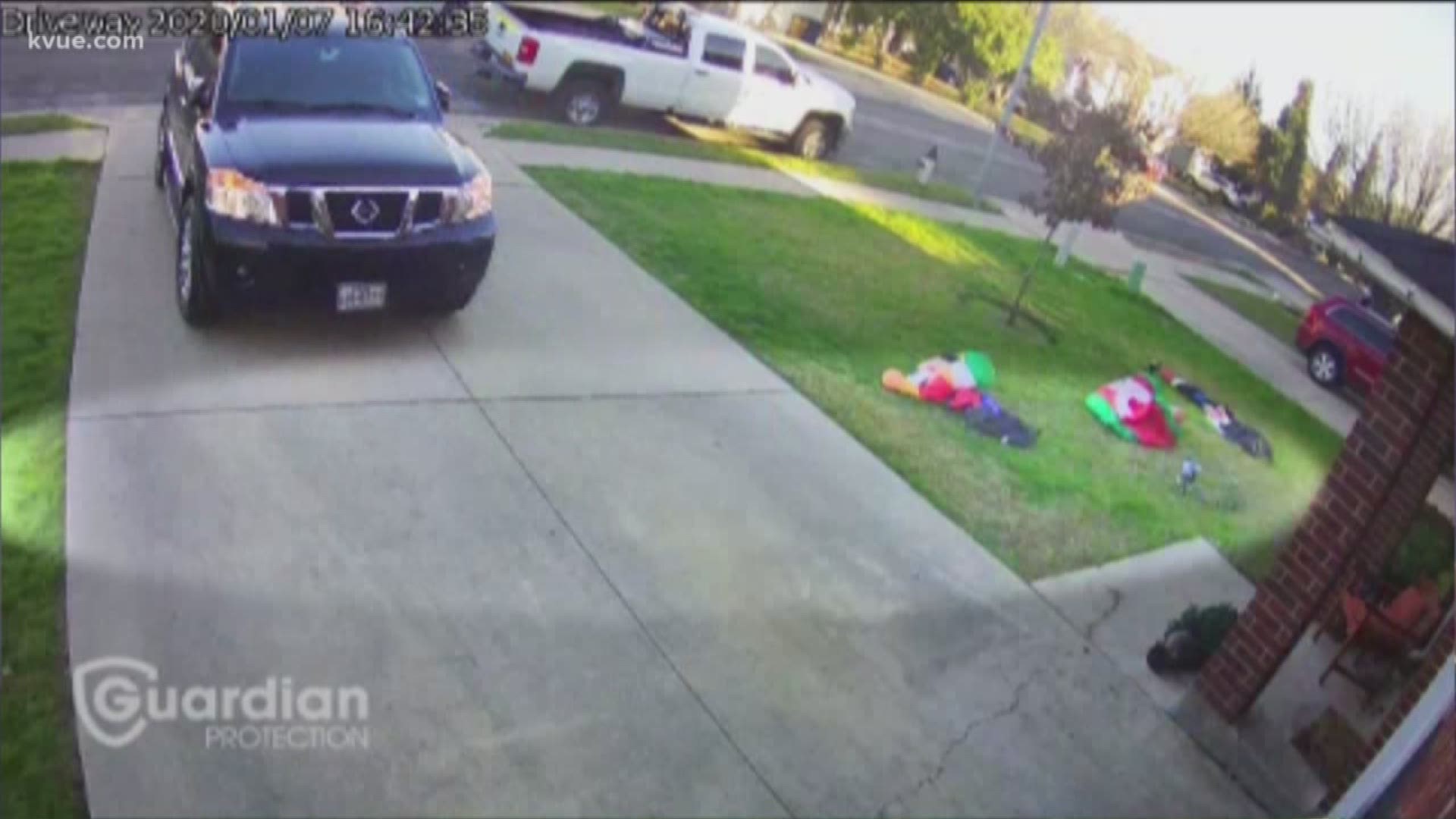 AUSTIN, Texas — Ricky Llamas was just getting home from work Tuesday afternoon when he said two cars were stolen right out of his driveway and garage.

He said his wife was about to leave for work, so they were in a transition period where both of them stepped inside their home.

“Walked into the garage as I always do ... At that time ... my wife works as a nurse, she was leaving, so we were transitioning," Llamas said. “So, she went to the vehicle ... dumped her purse in ... walked inside to get her lunch bag – as she walked inside, I walked in right behind her, I shut the door."

That's when two people ran up to their driveway and stole their cars. Security video shows one person hopping into the truck, while the other goes off-screen, allegedly getting into the other vehicle.

“When I looked up, they were both darting out the driveway," Llamas said.

RELATED: Pflugerville man says he found a tracking device under his truck after video caught someone under it

Llamas said people need to make sure their doors are locked, even when stepping away for just a moment.

“Change your habits. Do not, do not leave your keys in the vehicle – or even leaving it at the pump," Llamas said.

Austin police said they are investigating and that no suspects were in custody as of Wednesday afternoon.

Llamas said his truck was recovered Tuesday night by police and the other vehicle was recovered Wednesday. He said that two people were arrested, but police have not confirmed that.

Austin cedar fever: Here are the symptoms you need to know

As Cedar Fever rages on, here are tips on how to avoid it during peak season