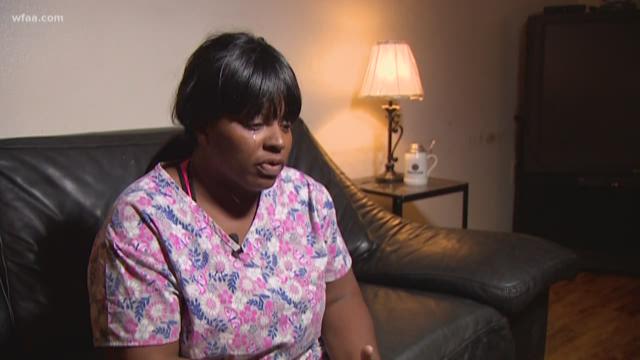 Loita Issac wants to know what happened in the last moments of her daughter's life.

On Sunday, 19-year-old Jacquisha Isaac was found in the back of a trunk after a police chase. Officers say the driver, 33-year-old Freddie Gilbert, was wanted for shooting at a family Sunday morning in a road rage incident in Forney.

"It's just a senseless crime. You just can't explain it,” Isaac said.

Police say Gilbert told them as he was being arrested that there was a body in the trunk. It turned out to be Jac Quisha.

Isaac says her daughter dated Gilbert's brother, but she never knew of any problems.

"I just want to be able to see my baby, hold my baby, and kiss my baby one last time,” Isaac said.

Jac Quisha's family says the teen was outgoing and had aspirations of going to college.

"She's just 19. She didn't even get to experience life. Her life was taken over nothing,” Channing Jarvis, the victim’s cousin, said.

Her family says Jac Quisha was supposed to come home over the weekend but never made it. The last time they talked to her was Friday.

Police say Gilbert had cocaine and marijuana on him when he was arrested. A source close to the investigation tells WFAA there was a bullet hole in the passenger side of Gilbert's car.