Typhenie Johnson, 27, went missing in October 2016. She was last seen in Euless, and her boyfriend is in jail, accused of her kidnapping. 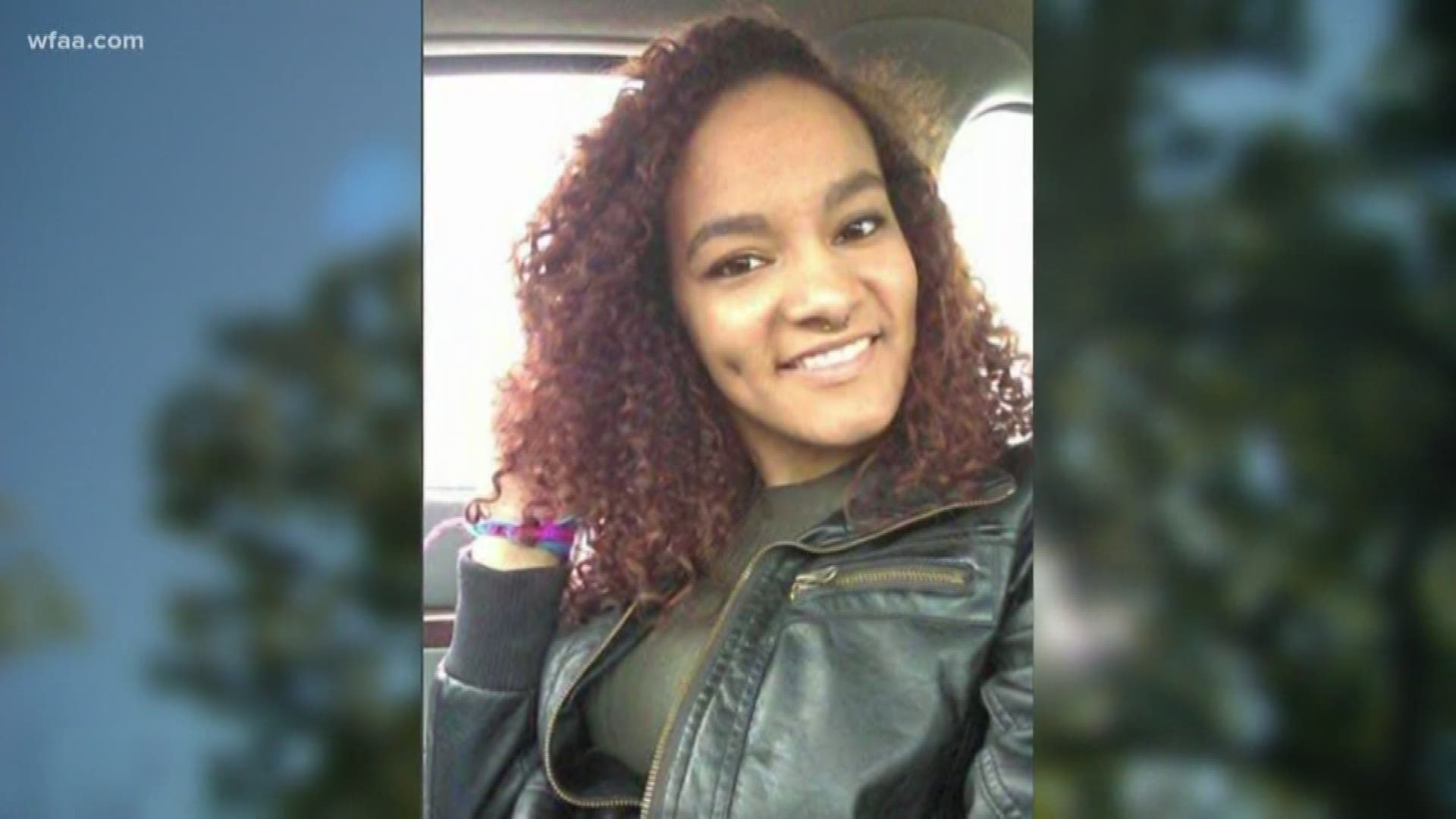 FORT WORTH, Texas — She was just 25 years old when she went missing more than 700 days ago.

"I love her and miss her," said Typhenie Johnson's aunt, Janelle Hofeldt. "And she’s my buddy."

Johnson's disappearance has left family members like Hofeldt broken. She spoke to WFAA Tuesday from Johnson's home state of Iowa.

"I'm not giving up until the day I die," Hofeldt said. "I will find Typhenie and I will find answers."

She's hoping those answers may come from one of the many thousands of people who travel on Fort Worth's highways ever single day. The family has launched a GoFundMe account, hoping to raise money for electronic billboards that would feature Johnson's face and case information.

Even though Johnson's ex-boyfriend, Chris Revill, is in jail, accused in her kidnapping, her family feels someone else knows something.

"Anything that will help to bring awareness to Typhenie and keep her face and name out there," Hofeldt said. "We have to continue on doing this. Otherwise what will happen? Her face will disappear."

"There isn’t a week that goes by that I don’t run into someone that says, 'Well, Typhenie’s been found, hasn’t she?' No," said Art Sahlstein, who leads the ongoing weekly searches for Johnson.

He said so far, he and the search parties have covered 52 square miles by foot. They focus on the wooded areas near Interstate 30 and Cooks Lane. They say they have information that leads them to believe that Johnson may be there.

The family says they appreciate what police have done, but feel it's up to them to keep this case in the public eye.