A man has been arrested after a series of mail thefts in Mesquite, Texas. A resident said he used his dog's GPS collar and Ring camera to help police catch the man. 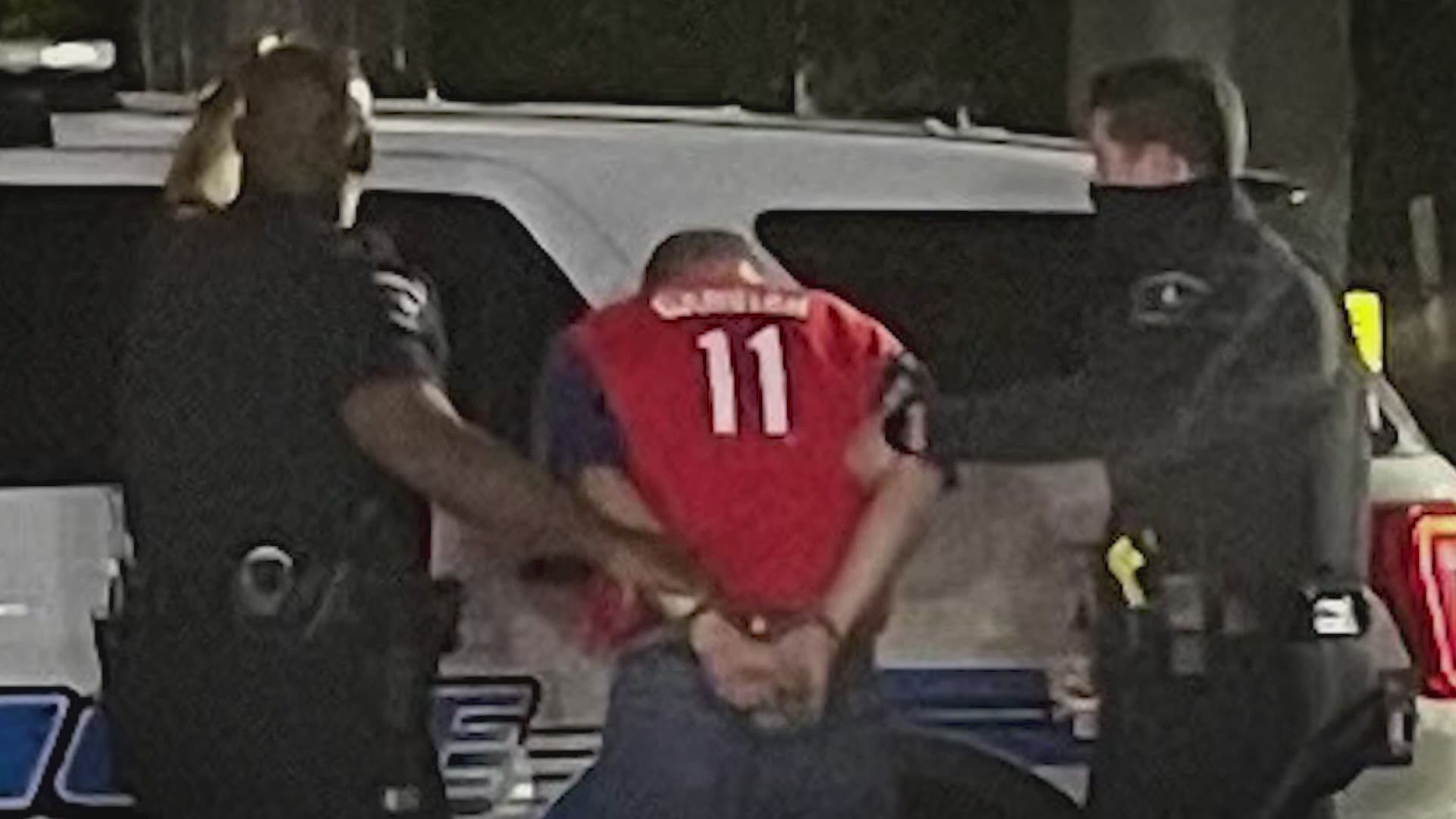 MESQUITE, Texas — A man has been arrested for allegedly taking mail from several homes around a neighborhood in Mesquite, Texas.

Investigators say some of the victims used a GPS tracker in a dog collar and several Ring cameras to help them identify and locate the man.

Neighbors are calling the suspected thief the ‘Mailbox Bandit.’

Residents have been complaining about missing mail and posting videos of the unidentified man driving through the community and taking items from mailboxes for more than a month, according to police.

His mailbox was targeted multiple times. He and his wife began examining their video surveillance system after discovering several packages were missing.

Woodlee and his wife figured out he was coming by in the middle of the night, and decided to do something about it.

”I mounted the Ring doorbell to this brick in my mailbox. I thought, well, he’ll wake me up,” Woodlee said.

Officers said Woodlee was vigilant in devising a plan to help catch the guy.

It didn’t take long for the suspected thief to return.

”He took the bait the first night,” Woodlee said.

The Ring alarm woke up the homeowner and his wife. They followed the tracking device on the dog collar, all while on the phone with a 911 dispatcher.

Police say Woodlee and his wife were able to help the dispatcher direct officers to a Chevron gas station at Beltline Road and U.S. Highway 80 in Mesquite. The man was arrested. Officers say the suspected thief had outstanding warrants and was charged with theft of mail from at least 10 homes.

Police said the suspected thief bonded out and returned to the neighborhood in a different car Thursday afternoon and approached one of the original victims. Neighbors said the man threatened them and they called police.

While the man was bonding out again, police said they were processing his original car and found more evidence leading to an additional felony charge of Fraudulent Use and Possession of an Identifying Instrument. The man was arrested again.

Woodlee said identifying and arresting the man was a community effort and is praising police for their quick response.

”I just got tired of this guy doing it to me and my neighbors and I just kind of took matters into my own hands,” Woodlee added.