A tactical team responded the gas station and was able to rescue an employee who was hurt fairly quickly, police at the scene told WFAA. 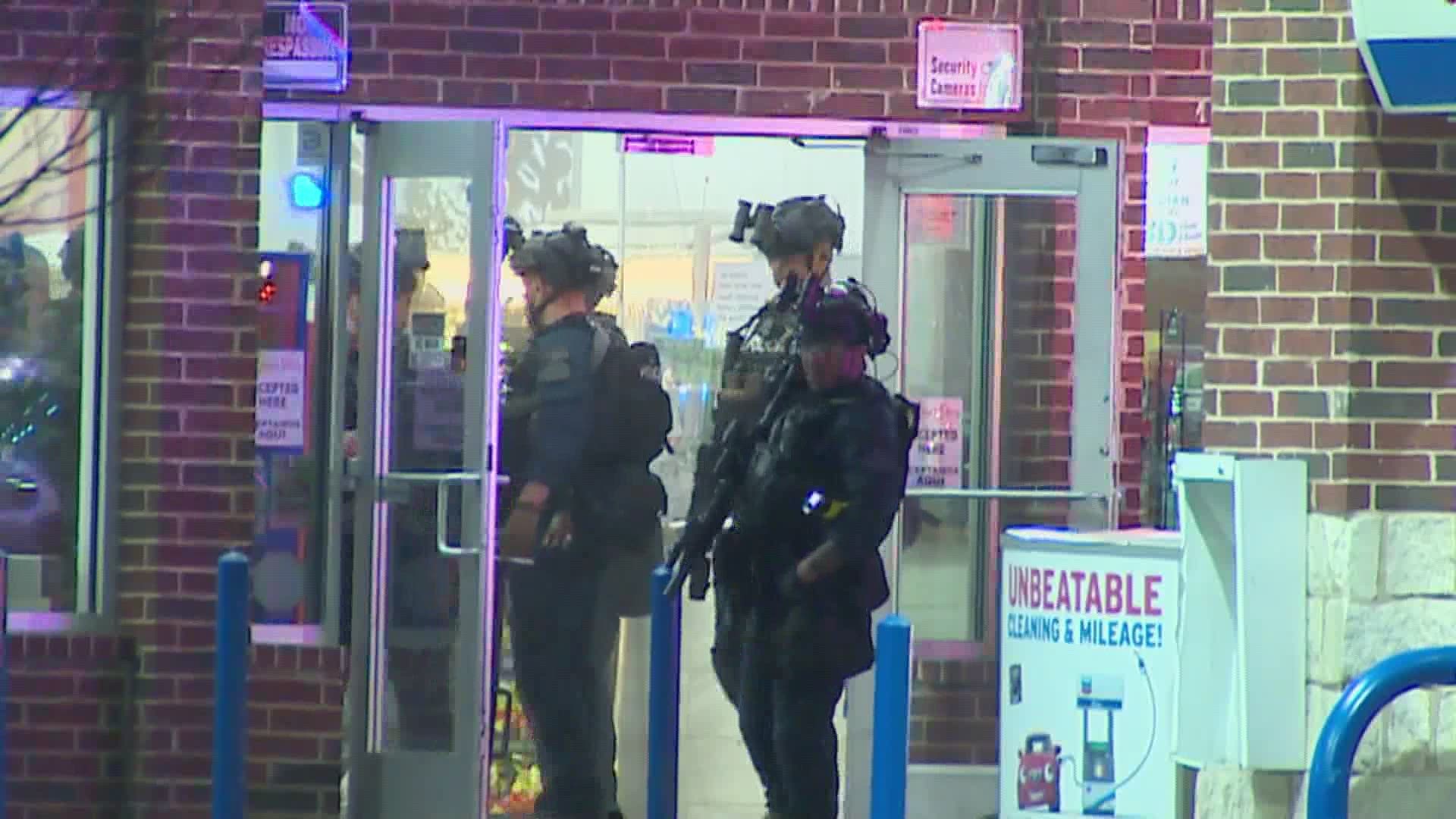 One man is being treated at a local hospital for a host of injuries Wednesday and another has been taken into custody after a violent overnight incident at a Dallas gas station, police said.

Officers responded around 12:25 a.m. to the Chevron gas station on the 7500 block of South Westmoreland Road after they got a disturbance call and then a robbery call about the location.

A man had gone into the gas station and began giving employees a hard time, commanders at the scene told WFAA.

Police said they believe he had been in the store earlier and had some sort of interaction with employees then, but when he came back, he began assaulting the employees.

A total of four people were working there at the time, two men and two women, police explained.

One of the men got into a fight with the suspect, but then the suspect took the other male employee to a back office and locked the door, officials allege. The suspect then began beating, biting and stabbing the man on the head with a knife.

Dallas SWAT rescues a injured store manager after finding him locked in a back office with a violent suspect. The manager had been physically assaulted by the perpetrator. pic.twitter.com/P01Mc4g1ft

The other employees and customers who were still inside were able to get out of the building, police said. A tactical team responded the gas station and was able to rescue the employee fairly quickly.

Police said they have the suspect in custody and were taking him to a hospital for a psychological evaluation, with several charges likely to be filed against him.