The shooting happened shortly after 9 p.m. outside of a Kroger in the 3900 block of Frankford Road, near the President George Bush Turnpike. 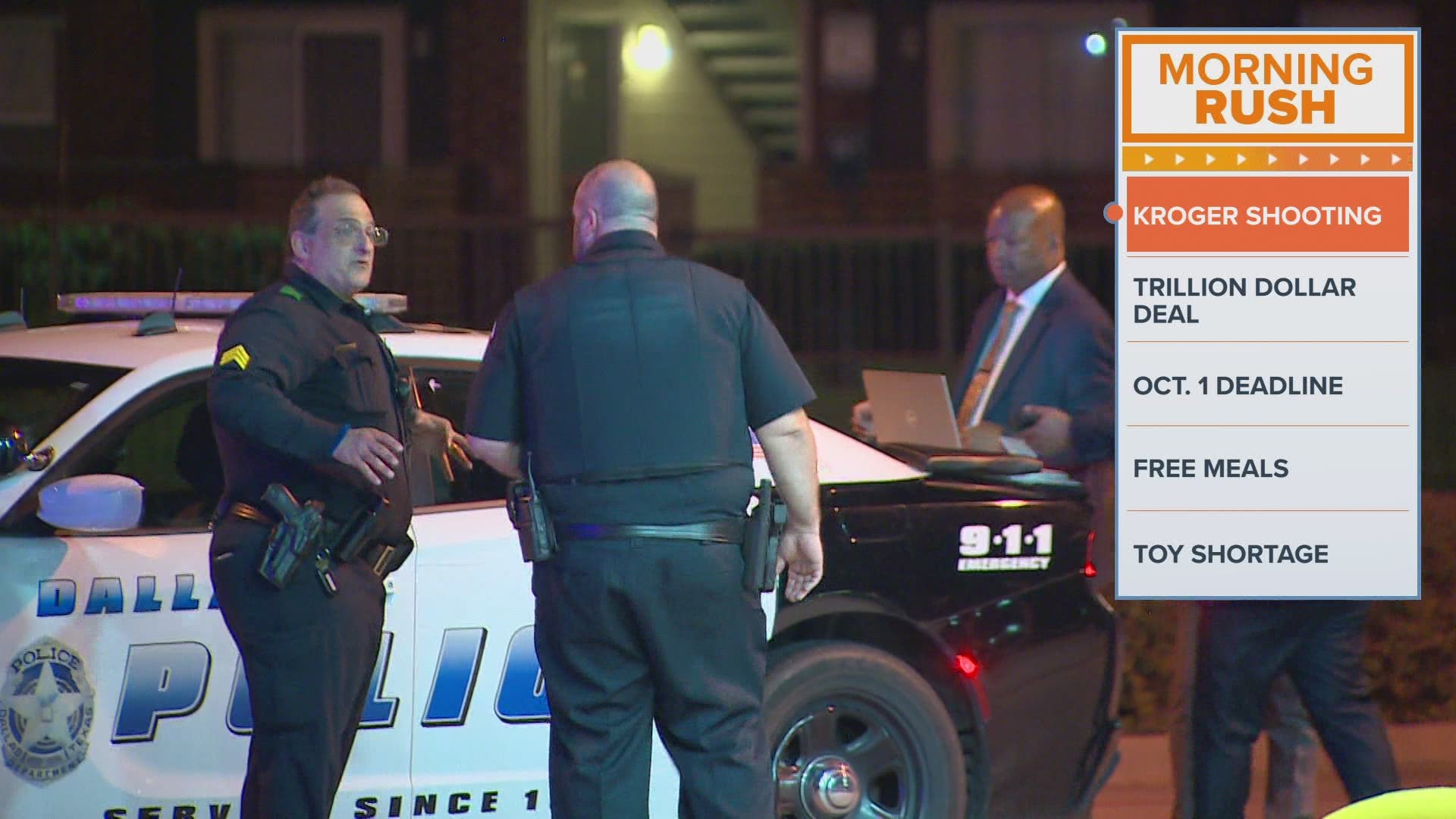 DALLAS — A man fired shots at an off-duty police officer who was working security at a Kroger in far north Dallas on Wednesday night, police said.

No one was injured in the shooting, and a 17-year-old suspect was arrested.

The shooting happened shortly before 9 p.m. outside of a Kroger in the 3900 block of Frankford Road, near the President George Bush Turnpike.

The officer, an off-duty Seagoville officer, was working security when he saw a disturbance between a man and a woman at the gas pumps, police said. When he responded and identified himself as an officer, the man began firing shots.

The officer took cover, and no one was struck, police said. The suspect ran away but was later captured by patrol officers in the 3000 block of Frankford.

Police did not yet know the relationship between the man and the woman. The woman was being questioned by detectives.

More information about the shooting wasn't yet available.