Kendrick Lyons was ejected from his car and thrown across three lanes of traffic before his body ended up in a front yard, police said. 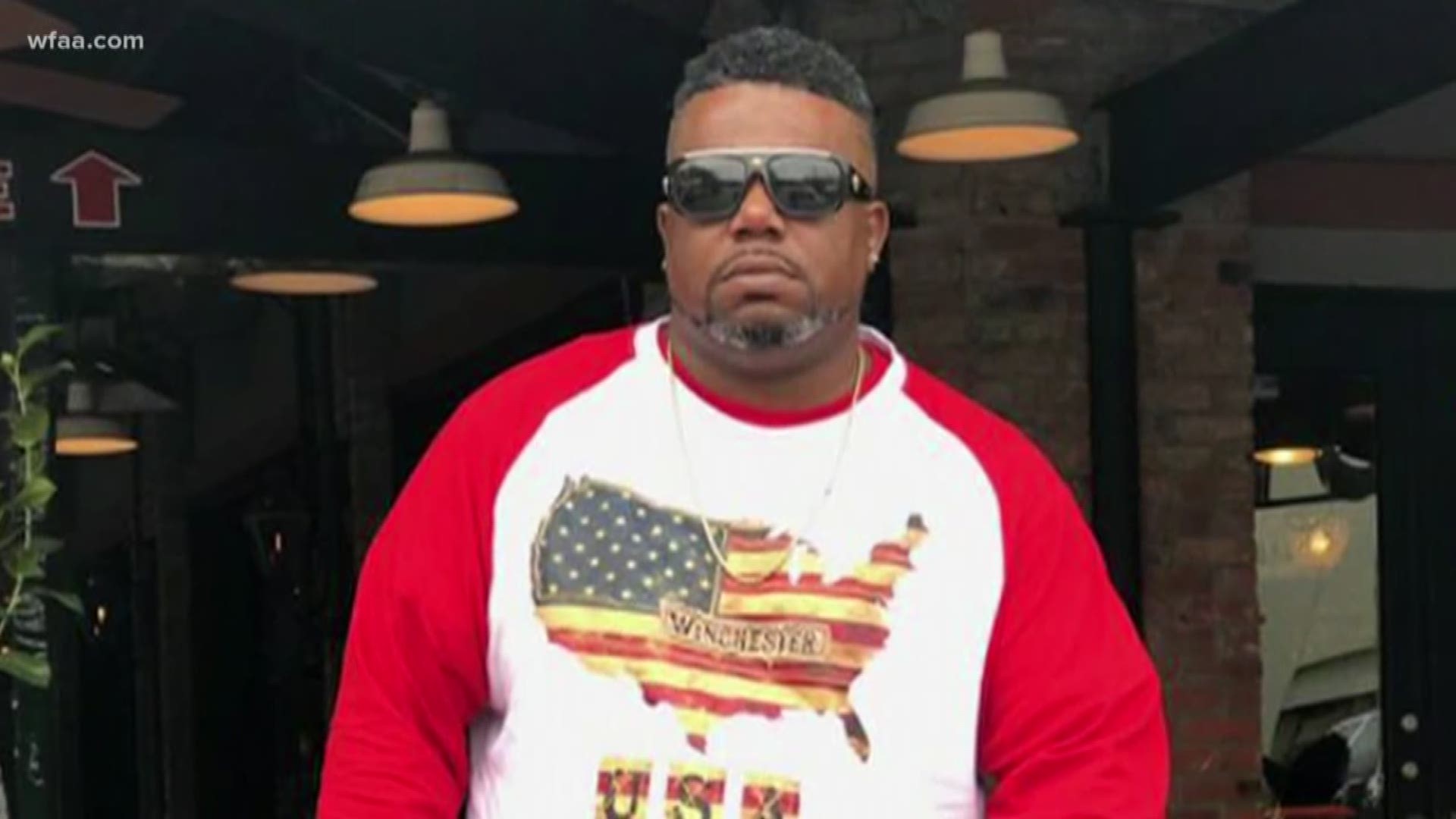 DALLAS — A 45-year-old man was killed early Sunday morning in a crash caused by two men who were street racing, Dallas police said.

A 23-year-old was allegedly racing 27-year-old Alejandro Valdez at the time of the crash, police said. They had been speeding south on Masters Drive, both driving Chevy Camaros, according to police.

The 23-year-old's car hit Lyons, causing his car to rotate and hit the center median, police said. The impact ejected Lyons from his car and threw him across the three northbound lanes of Masters Drive before police said his body ended up in a front yard.

He was pronounced dead at the scene by first responders.

Lyons' car continued to rotate several more times and caught on fire as it came to rest in the southbound lanes of Masters Drive, police said.

The 23-year-old driver continued a short distance past the crash before his car came to rest on the right curb, according to police. He was taken to a local hospital after he suffered serious internal injuries in the crash. Police are not yet releasing his name.

Valdez, the other alleged racer, hit a curb, then a mailbox before his car stopped in the right lane of Masters Drive. Police said he waited at the scene and turned himself in.

Both he and the 23-year-old will face a charge of racing causing death, according to police.

Lyons would have turned 46 Tuesday, and his sister Diedre Lyons said she was looking forward to seeing him.

“He's in a better place and we’re going to get through it," she said. “I’m more angry than anything cause that was something that could’ve been avoided.”

Lyons' family and neighbors say street racing has been a longtime issue. In December, an off-duty Dallas Police officer was killed while street racing. Last summer, 8-year-old Olivia Mendez was killed when she was hit by a car racing, too.

“Go somewhere else and race. Not on the street," Lyons said. “There’s no sense in it. It’s not worth it.”

This is a developing story. Download the free WFAA app to stay up-to-date on all news stories in the Dallas-Fort Worth area.