Scammers can use many tactics to sound credible. 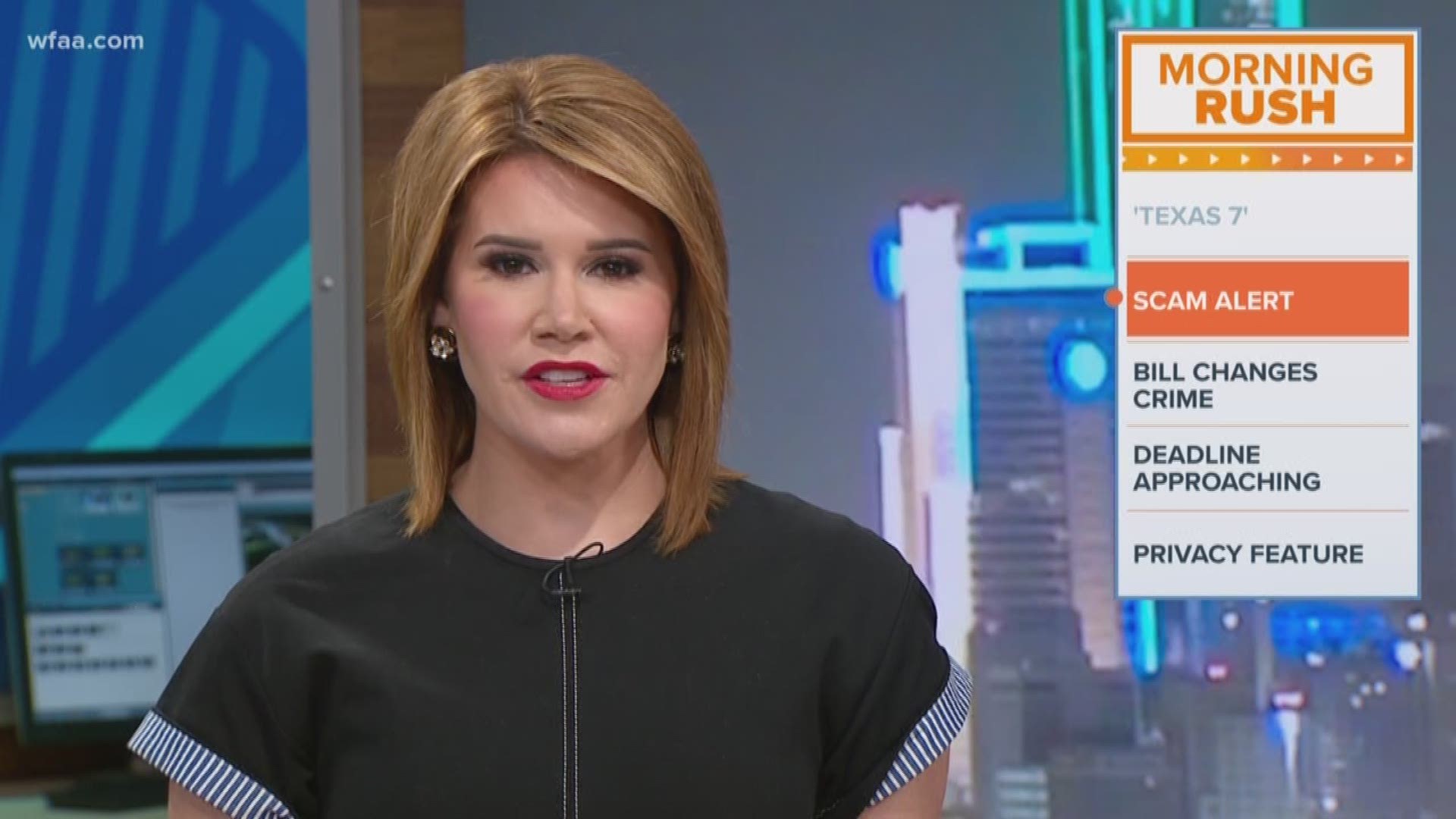 Officials are warning the public about a nationwide scam in which callers attempt to collect money by alleging its victims could face arrest after failing to show up for jury duty or other offenses.

The caller tells victims that they can avoid arrest by buying a prepaid card loaded with money to pay for the fine.

Scammers can use many tactics to sound credible, such as giving badge numbers, using actual names of officials or spoofing their phone numbers to appear it's from a government agency.

Do not give any personal or financial information. You can call the Dallas County Jury Services or the clerk of the U.S. District Court to verify the court order.

Anyone who believes they may be a victim of a scam, should contact their local law enforcement and report it to the Federal Trade Commission, which can help track patterns of fraud.