A 14- and 17-year-old boy have already been arrested in connection to the June 15 incident. 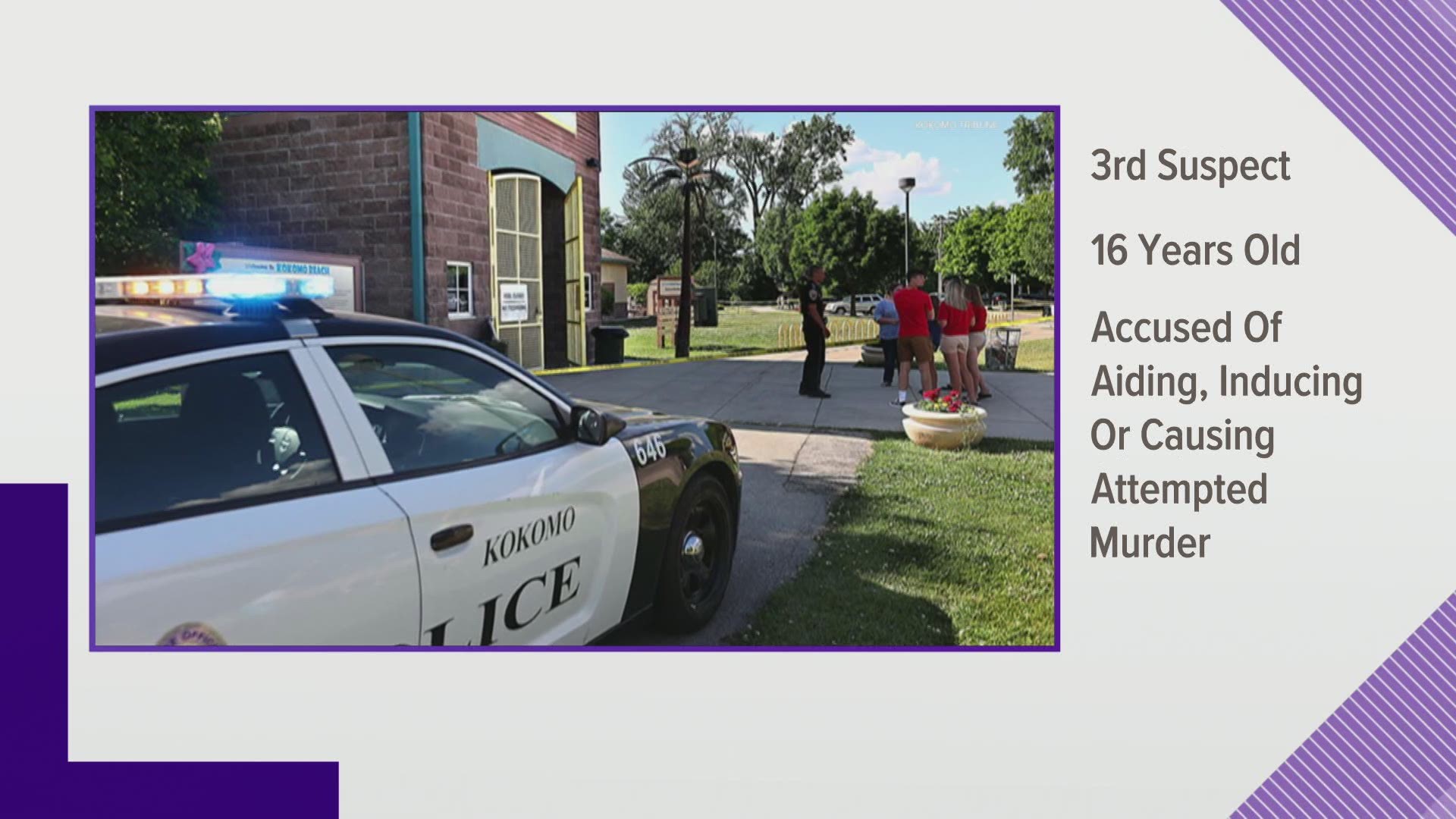 KOKOMO, Ind. — The Kokomo Police Department is trying to locate a third juvenile suspect involved in the shooting that happened at Kokomo Beach Family Aquatic Center on June 15.

Kokomo police officers went to the family aquatic center, located at 802 W. Park Ave., shortly after 5 p.m. for a report of a shooting.

When officers arrived, they found a 15-year-old boy suffering from a gunshot wound. The boy was taken to a local hospital, then later flown to Indianapolis for further treatment. Kokomo Mayor Tyler Moore said at last report, the gunshot victim is in stable condition and doing OK.

The shooting happened after a fight between two teens late in the afternoon turned into a brawl. One teen was shot in the parking lot, which resulted in hundreds fleeing the water park.

Witnesses to the shooting told WTHR's news partner the Kokomo Tribune that Kokomo Beach was mostly full when the shooting happened, and they described the scene as "hectic."

Deputies from the Howard County Sheriff's Department located a 17-year-old boy leaving the area who had a gun. He was detained and taken to the Kinsey Youth Center for dangerous possession of a firearm and possession of a stolen handgun. Both crimes are felonies.

Police are now looking for a 16-year-old suspect. The Howard County Circuit Court has issued a pickup order for the boy for aiding, inducing or causing attempted murder.

What other people are reading: