Joshua Brown testified he heard loud noises and gunshots just prior to the death of 26-year-old Botham Jean. 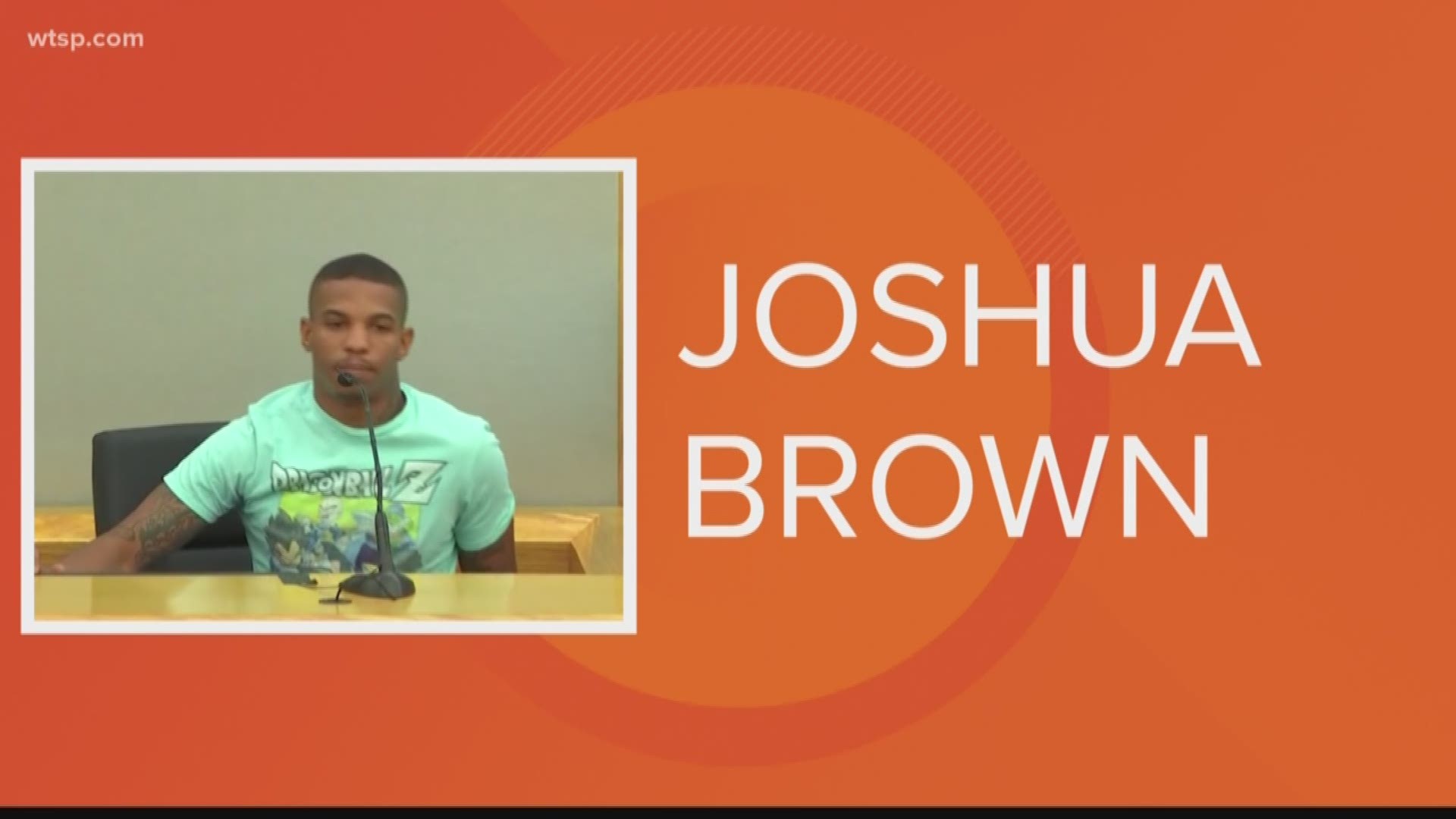 ST. PETERSBURG, Fla. — A former University of South Florida defensive back, who played a key role in the murder trial of a Dallas police officer, was gunned down late Friday.

Joshua Brown, 28, was a former neighbor of 26-year-old Botham Jean, the man shot and killed by ex-Dallas police officer Amber Guyger. She was sentenced to 10 years in prison for killing Jean, who was unarmed as he sat in his apartment.

Dallas police said Brown was found in the parking lot of the Atera Apartments with gunshot wounds to his body. He was taken to an area hospital, where he was pronounced dead.

Witnesses told investigators they heard several gunshots and saw a silver, four-door sedan leaving the area but could not give a physical description or describe who might have shot Brown.

He testified in Guyger's trial on Sept. 24, saying he lived across the hall from Jean. Brown said he heard loud voices during the night of the shooting that sounded as though it was "two people meeting each other by surprise" but couldn't make out what they were saying.

Credit: Tom Fox/The Dallas Morning News via AP, Pool
In this Tuesday, Sept. 24, 2019, photo, victim Botham Jean's neighbor Joshua Brown, left, answers questions from Assistant District Attorney LaQuita Long, right, while pointing to a map of the South Side Flats where he lives, while testifying during the murder trial of former Dallas Police Officer Amber Guyger, in Dallas. Authorities say that Brown was killed in a shooting Friday, Oct. 4.

Brown lived in Lancaster, Texas, and attended high school there before attending Arizona Western College, according to USF. He became a Bull in 2012 and played in eight games.

"We are deeply saddened by the tragic passing of Joshua Brown in Dallas, Texas. Joshua was a much loved and valued member of our football program and athletic family and his loss is felt by many whose lives he positively touched. Our hearts go out to Joshua’s family, friends and loved-ones during this very difficult time."

Brown recorded 11 tackles during the 2012 season, with a season-high of five at Nevada. He suffered a torn Achilles during a workout prior to the start of the 2013 season and did not play again, the Tampa Bay Times reports.

Former Bulls cornerback Kayvon Webster, who currently is a free agent in the NFL and played with Brown during the 2012 season, tweeted late Saturday: "Another USF brother gone too soon!"

Attorney Lee Merritt, who represents Jean's family, tweeted he spoke with Brown's mother and said she was "devastated."

Brown choked up on the witness stand and took a break after testifying about hearing Jean singing every morning across the hall.