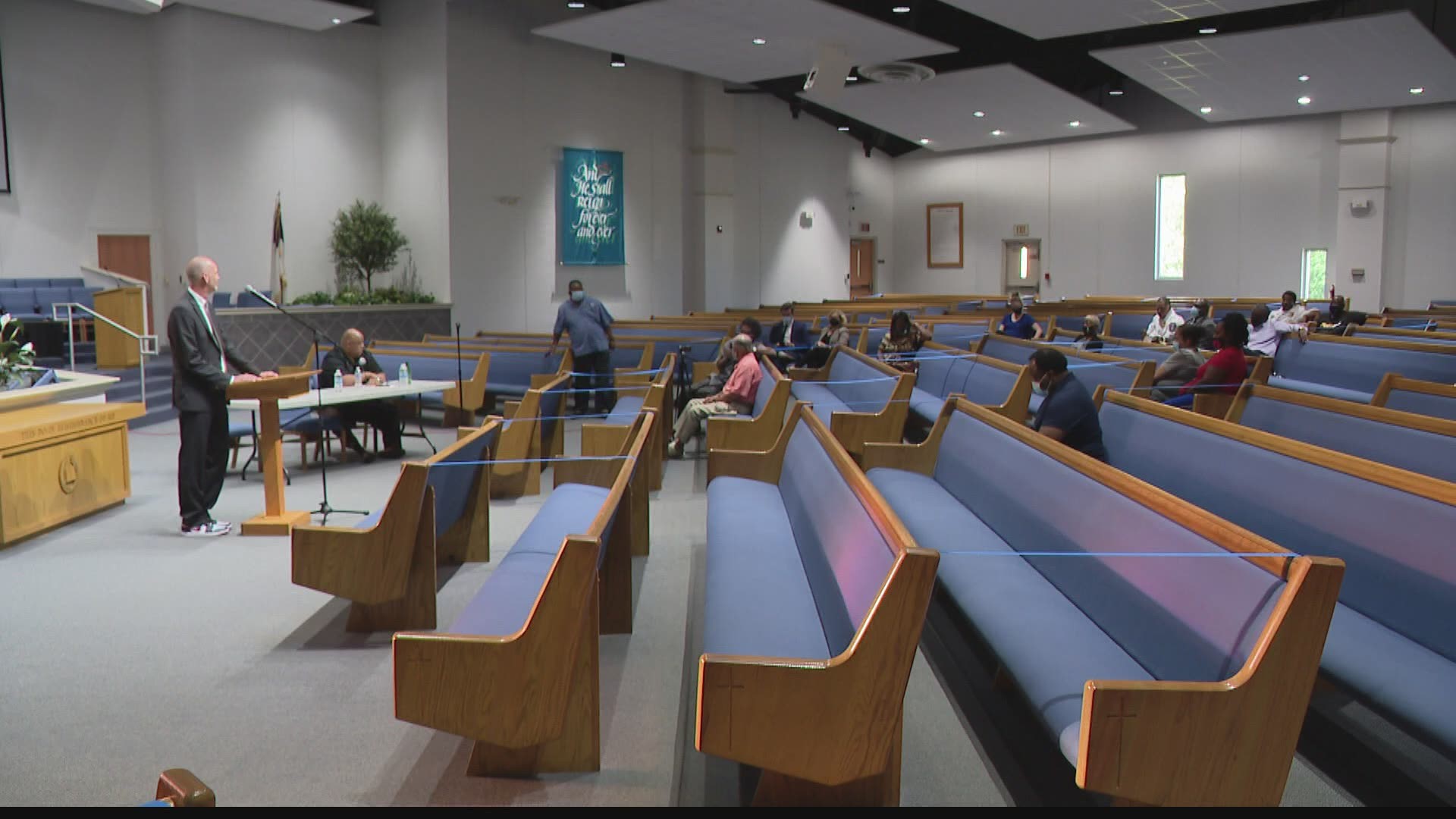 INDIANAPOLIS — Gun violence across Indianapolis is reaching a breaking point.

The latest numbers show 110 murders in Indianapolis so far in 2021, which is 23 more than at this point a year ago. That doesn't take into account the shootings where people survive their wounds.

Wednesday night, city leaders said the non-deadly attacks could be the key to addressing the growing gun violence issues across Indianapolis.

“Kids should be able to go to birthday parties,” said DeAndra Dycus at a community gathering held Wednesday night to discuss gun violence in Indianapolis.

Seven-and-a-half years ago, Dycus’ then 12-year-old son was was hit by a stray bullet that came through a window and hit him in the back of the head while he was at a birthday party.

“As of today, he is what we call a spastic quadriplegic, who is non-verbal,” Dycus explained, speaking about how her son’s life is changed forever.

According to Mears, already this year, there have been 317 shootings where the victims have survived, but so far, his office has only filed charges to prosecute 36 cases.

“That number should horrify everybody in this church,” said Mears, who said the solutions won’t be found in one community meeting like the one Wednesday.

“The most common issue we hear is lack of trust between the community and law enforcement,” Mears explained, adding that the victims are getting younger and younger and their access to guns is getting easier.

“A lot of times that access to a gun takes place over the internet, which is completely unregulated,” Mears said.

He said there are no easy solutions, but it starts with better opportunities for employment and building trust between police and the community.

“If you want to address crime in the city of Indianapolis, you need to give young people hope and opportunity and if you do that, they will not commit crimes,” Mears said.

IMPD Chief Randal Taylor was at the meeting and spoke to those gathered.

“I hope you understand that your police department, IMPD, is not against you. We’re for you,” Taylor said. “Do we have work to do? Of course, we do. We’ve made some great changes here in the very recent past and we’re not done making changes."

Earlier this month, Indianapolis Mayor Joe Hogsett announced funding for crime prevention that will go toward technology improvements in the department and more community-based programs.

Dycus said the solutions rest with everyone.

“We gotta make sure that we’re just not pointing fingers and that we’re looking at ourselves in the mirror and saying, ‘What can I do to be part of the solution?’” she said.