One suspect attempted to carjack a woman with her two teenage daughters in the drive-thru, according to police. 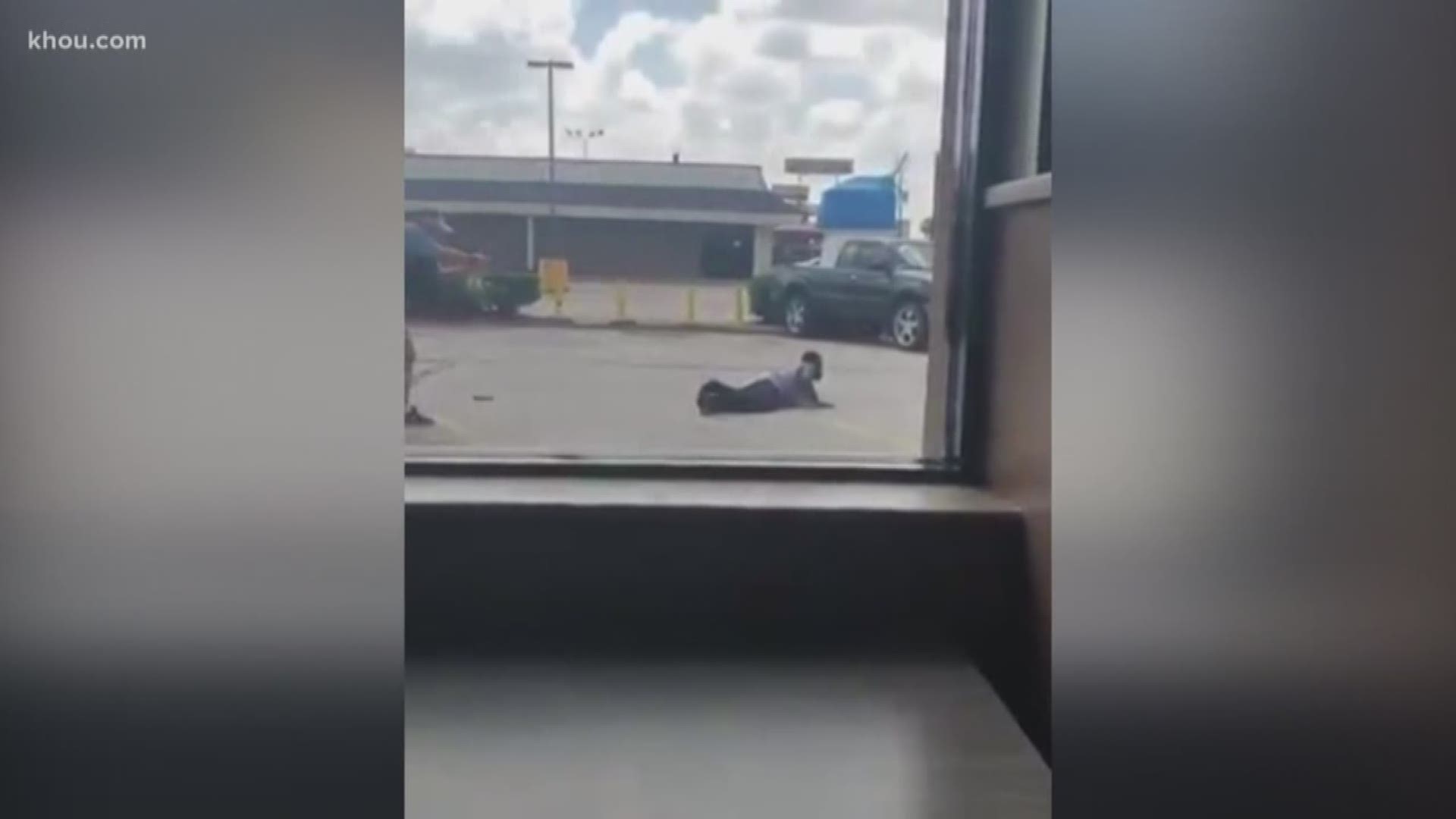 HOUSTON — Police shot a man accused of trying to carjack customers Wednesday, including a mom with two teenage daughters in line at a Burger King drive-thru in southwest Houston.

“It was scary,” said Brittney Robledo, a witness who took a photo of the suspect after police caught him. “I thought he was going to shoot at us, everyone inside (the restaurant).”

Houston Police Chief Art Acevedo said the incident began with a carjacking just before 7 a.m. Wednesday in the area of Bissonnet and Kirkwood. They said a black Honda was taken at gunpoint.

Acevedo said officers were looking for the carjackers when they spotted the Honda just before 3 p.m. Wednesday. They tried to conduct a traffic stop, and a chase started. The chase ended a few minutes later when the suspect crashed at Bissonnet and Highway 59.

Police said two armed suspects got out of the car, and one of them was arrested without incident. Police and ATF agents searched for the second suspect and spotted him at Burger King in the 9600 block of Southwest Freeway.

10 to 15 people inside saw the man running through the parking lot, yelling and threatening drivers.

“When he was jacking the cars he was like get out your f****** car,” said Imaria Babers, another witness. “When I (saw) a gun I didn’t know what to do. So I froze. My friend was like come inside.”

Robledo led several others, including a mother and her two 15-year-old daughters carjacked at the drive-thru, into the kitchen.

“They were running away from him,” Robledo said. “I had to do something about it.”

“He started coming after us,” Babers said.

Feeling hunted, witnesses hid. Some ducked into an office and locked the door until Houston Police closed in on the man with the gun.

“We heard gunshots and we (saw) a guy on the ground and he was shot and he was down,” Babers said.

Investigators said the man shot and a partner carjacked someone earlier that morning. A task force tracked them down hours later. The suspects crashed during a chase on Bissonnet near the Southwest Freeway. The driver surrendered to police. The other man ran until caught at the Burger King.

“I feel this stuff needs to stop,” Robledo said. “They need to do something about this.”

Chief Acevedo said courts previously convicted the man shot for armed robbery. However, he got 3 years deferred adjudication instead of jail, Acevedo said.