The homeowner whose surveillance video appeared to show Ahmaud Arbery inside a home before he was killed wants no part "of effort to justify" fatal shooting. 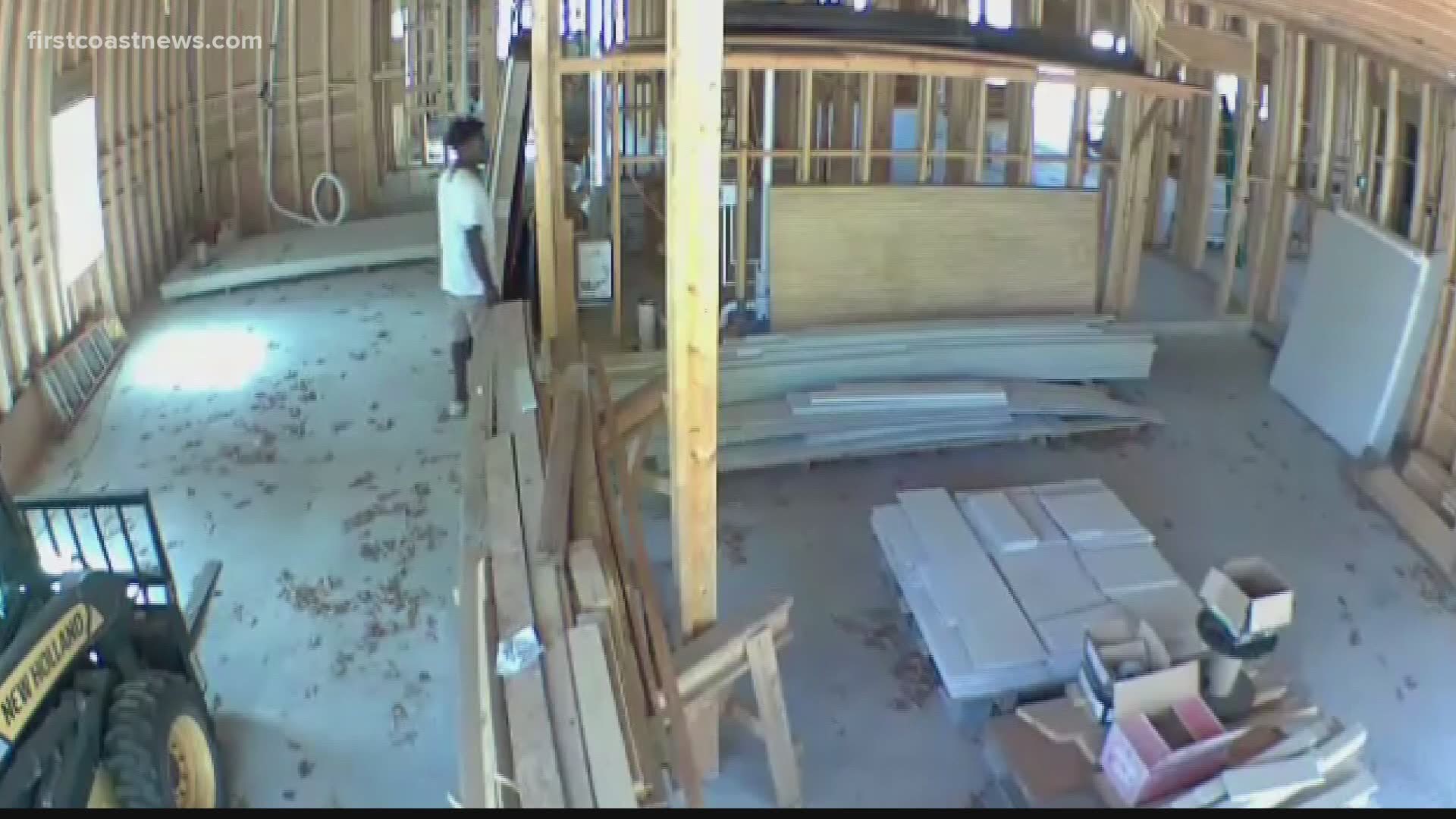 BRUNSWICK, Ga. — A homeowner is distancing himself from the death Ahmaud Arbery, who appears to have entered his home construction site moments before he was shot.

Homeowner Larry English, through his attorney, decried what he called a "vigilante response" by Greg McMichael and his son Travis McMichael, who shot and killed Arbery Feb. 23 following a confrontation in the Satilla Shores neighborhood of Brunswick, Ga.

Greg McMichael told police that he suspected Arbery was burglarizing homes in the area, which is why he and his son intercepted Arbery in their truck, according to a police report. However, English, who owns the home under construction, says he never told the McMichaels about the man in the video.

According to a statement from English's attorney, he wants to correct the mistaken impression that he shared the video and claims he hadn't even seen the video before Travis McMichael reportedly shot Arbery.

Additionally, English's attorney says his first impression was that Arbery was not the man recorded inside his home.

The English family lives 90 miles away from the home under construction, but have a motion-activated security camera installed.

Beginning in October 2019, the attorney for the English family states there were four or five times when someone entered the house at night. She says English informed law enforcement via a non-emergency number and called 911 on one other occasion, but not on Feb. 23.

English has never said Arbery was in the person in any of those nighttime videos, and he cannot identify the person now, according to the statement.

The statement also says nothing was ever stolen from the house, and that even if theft or damage had occurred, "the Englishes would never have wanted a vigilante response."

The statement continues, "The Englishes never enlisted the McMichaels to do what they did and do not want to be part of any effort to justify the McMichaels' actions."

The statement says the English family was two hours away from Satilla Shores when the shooting happened and did not watch the video until about 20 minutes after English received an alert someone was in the house.

By that time, Arbery had already been killed.

"I represent Larry English and his family, the owners of what has been referred to as the house "under construction" in Satilla Shores in Glynn County, Ga., and of the video taken inside that house. Mr. English has a serious medical condition, which has been aggravated by the stress of responding in the wake of the McMichaels' actions. The February 23 video taken inside the house already has been released, and Mr. English and his family want the public to have accurate information.

You have permission to use and distribute the video as long as you do not use it in an effort to slander Mr. Arbery or to portray the English family as having any involvement in what the McMichaels took it upon themselves to do. (I presume that legitimate journalists are not seeking to do either of those things.)

Mr. English wants to correct the mistaken impression that he had shared this video or any other information with the McMichaels prior to the McMichaels' decision to chase Mr. Arbery. The homeowners had not even seen the February 23 video before Travis McMichael shot Mr. Arbery. When homeowner Larry English saw the photos of Mr. Arbery that were later broadcast, his first impression was that Mr. Arbery was not the man captured on video inside the house on February 23, and he said that to a neighbor.

Because the English family live 90 miles away from the home that is under construction, Mr. English had a motion-activated security camera installed. Beginning about October 19, 2019, there were four or five occasions when a person (or persons) entered the house. These unauthorized entries occurred at night, and early on, Mr. English informed local law enforcement using a non-emergency contact number. Whenever the security camera is activated by motion, it immediately alerts the homeowner by text on his phone and delivers the footage to his phone. On one other occasion, this occurred at night, and Mr. English called 911. Mr. English was not the one who called 911 on February 23.

Mr. English has never said that Mr. Arbery was the person or persons in any of those night-time videos, and he cannot identify the person now. He never used the word "burglary." He never shared any of this information with the McMichaels, whom he did not even know. Nothing was ever stolen from the house -- which, again, was a construction site.

The only crime that the homeowner has seen captured on video is the senseless killing of Mr. Arbery.

On February 23, the English family was two hours away from the Satilla Shores neighborhood and was unaware of the tragedy that was unfolding. Mr. English was working with his bees when he received an alert that the camera had activated. He had honey all over his hands. He continued working for about 20 minutes, then washed up and viewed the video. When he saw a person captured on video inside the house, he telephones another property owner in Satilla Shores and asked whether he could see someone in the house and whether he should call the police. That property owner informed him that a man (later identified as Mr. Arbery) had been killed.

When Mr. English saw photos of Mr. Arbery, he did not even recognize him as the man in the video captured inside the house.

I am emphasizing these facts to address the impression that some people have that the homeowners took part in the McMichaels' actions. The homeowners were shocked and deeply saddened by these events, which they learned of after-the-fact. The homeowners are parents, and they are heartsick for Mr. Arbery's mother and father. Larry English and his family are praying for the Arberys."

RELATED: Best friend, former coach of Amaud Arbery open up about what he meant to them

RELATED: New video in Ahmaud Arbery case offers a view of what happened moments before the deadly shooting

RELATED: Video of Ahmaud Arbery's death was released by the lawyer for the men who killed him, attorney claims