Family members said the salon owner was kidnapped from a home and taken to his business while his girlfriend and her child were tied up. 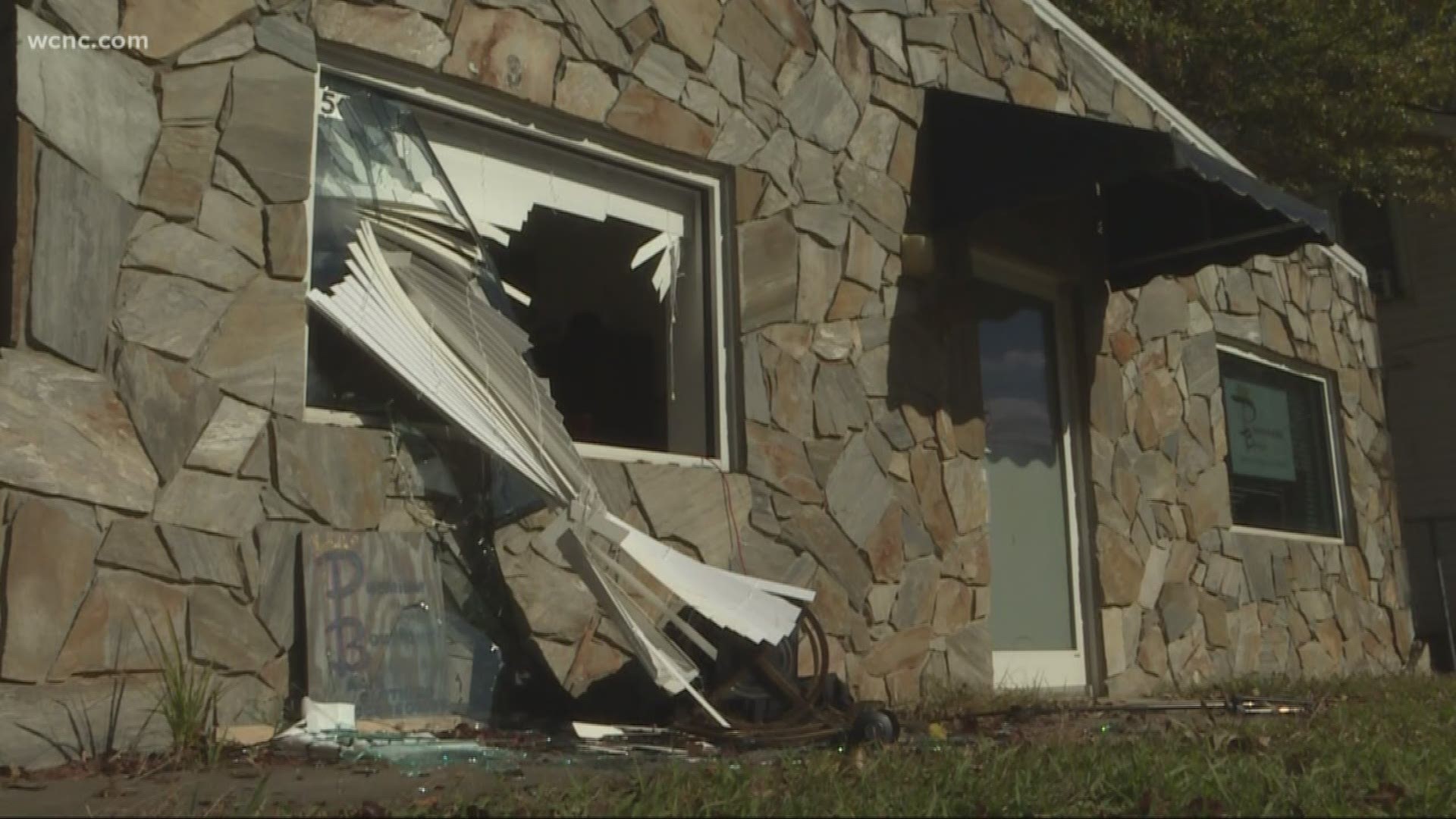 Family members of the owner of Premium Boutique, which is off 1st Avenue SE, said criminals kidnapped the owner of the business from a nearby house.

One family member said the owner's girlfriend and her child were tied up while the criminals took the owner to the salon.

Witnesses and family members said at some point, the criminals opened fire in the salon, hitting two people.

Kevin Hinds called 911 after hearing gunshots at the salon.

"I heard three pops and then about a few seconds later, I heard that window in the front come outwards," Hinds said. "It was like a movie to me."

One mother, who asked not to have her face shown, told NBC Charlotte her two-year-old and his father were inside the salon's recording studio when a group burst and began firing their guns.

"I heard that my son was right there beside him when they shot the other dude," she said. "My baby daddy stopped recording and immediately got [my son], and they was all in a corner."

She said someone threw a chair through the recording studio's window, and people jumped out to escape.

Family members said two people who were shot are expected to survive.

Police said one victim was treated and released from the hospital; the second victim was in stable condition at Baptist Hospital in Winston Salem.

The suspects left the scene in a 2016 burgundy Kia Optima that was stolen from the home, according to police.

'The last thing my camera & I saw before being tackled': UGA photo intern shares 'the' shot