'Her death will not be in vain': Dallas mayor vows to do more about violence after shooting death of 9 year old 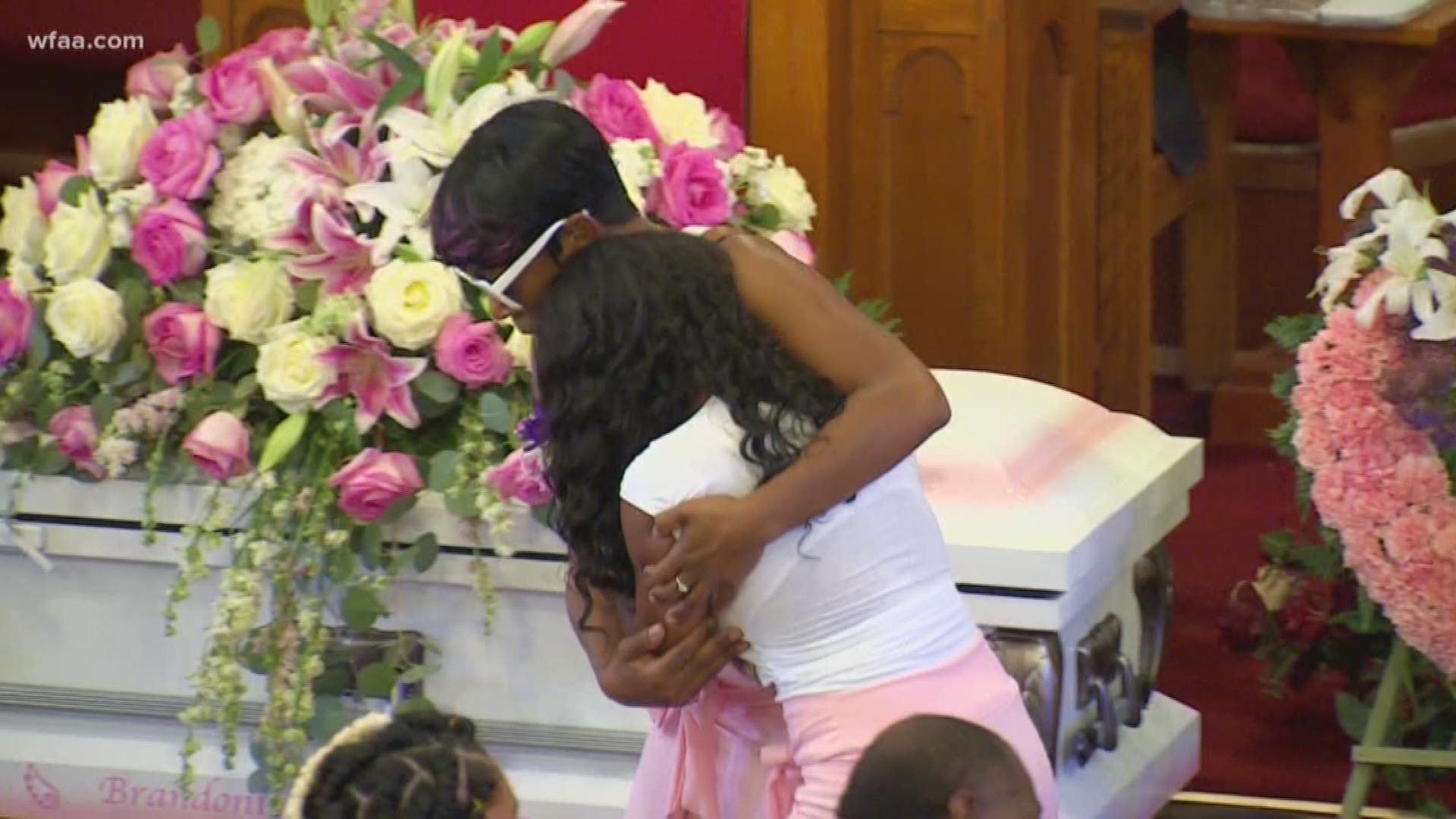 DALLAS — It was an emotional day for the family of 9-year-old Brandoniya Bennett.

They laid her to rest Friday after a funeral filled with speeches and sermons of hope and unity.

"I am going to tell you that I am a father first and foremost and I can't imagine the pain that all of you are feeling because I know the pain I am feeling,” he said.

The church was packed with people from all walks of life wanting to pay respects to the little girl who was shot while sitting on her living room couch.

Police say the shooter shot into the wrong apartment.

"We cannot, I cannot allow her death to have been in vain," Johnson said. "I know that God that we serve can take even something like this and use it for good."

Those who attended the Friday service said they want the violence to end.

"Mad, hurt,” said Serrail Patrick, a family friend. "I mean, no words to describe it. I wouldn't wish this on my worst enemy. This baby she was innocent. She didn't deserve this. We need to stop the violence."

Dallas Board of Trustee Maxie Johnson spoke from a place of his own. The same day Brandoniya died he, got a call that his son had been killed in shooting in Dallas.

The family thanked Dallas police and the officer who first arrived on the scene and tried to save the little girl. He, along with a handful of officers, attended the funeral.

"As an organization, we just wanted to come out and show our support for the family, our community," said Deputy Chief Thomas Castro. "Let them know we are praying for them and with them."

One by one, pastors, politicians and police vowed that they would work together to begin changing neighborhoods and bring more hope so that little children like Brandoniya can be safe.