"Seeing the mugshot of the kid that I knew and that I saw every day twisted me up inside," Will Maddox said to WFAA. 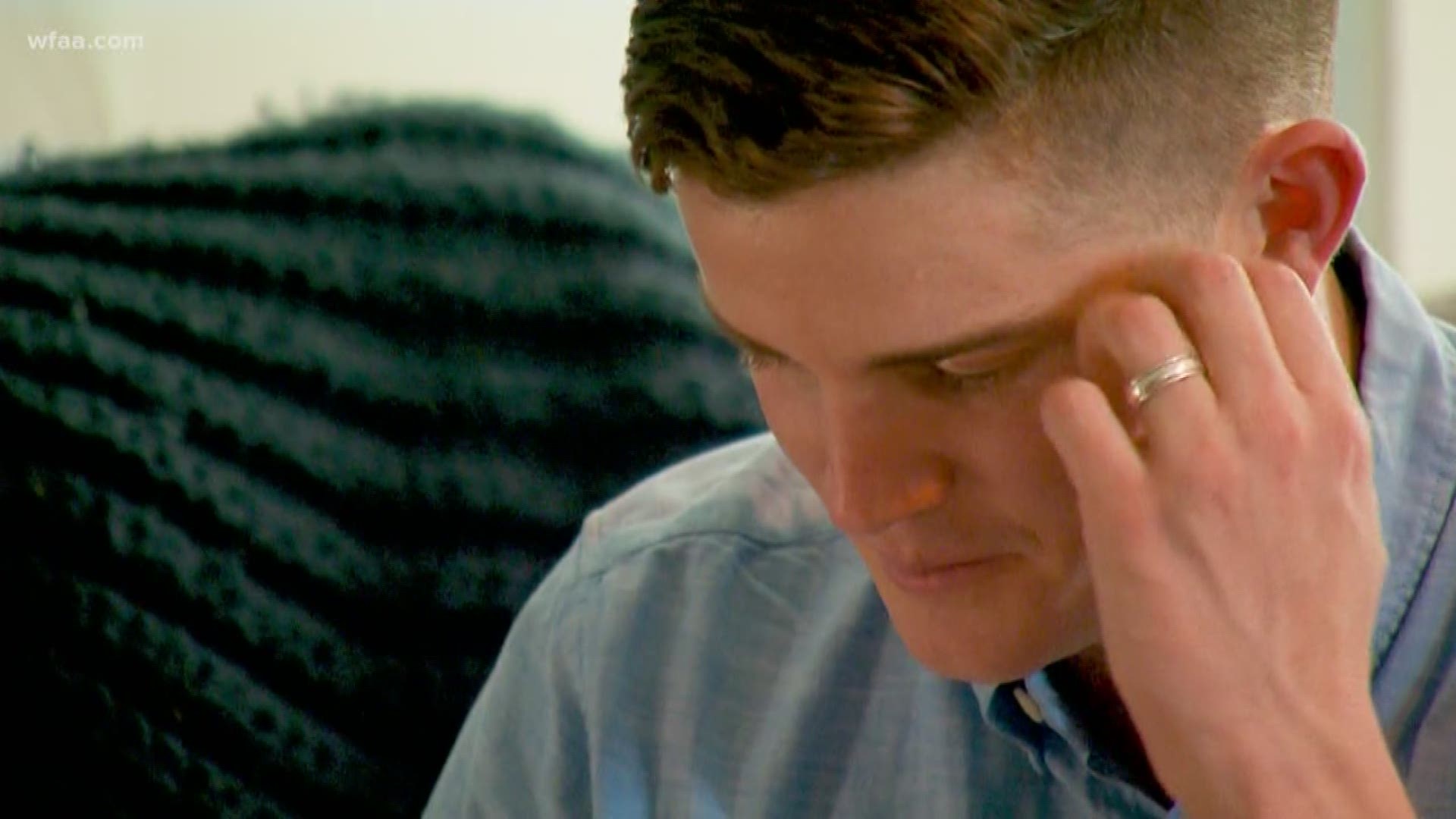 Not only is he wrestling with the death of a child so young, but also that the suspect used to be one of his students.

On Aug. 14, 9-year-old Brandoniya Bennett was shot and killed while sitting on her couch.

Investigators said that Simmons, an amateur rapper, believed he was targeting a rival rapper he had a beef with when he opened fire toward Bennett's home.

The day after her death, police said that Simmons shot at the wrong apartment.

Last Friday, Bennett's family laid the little girl to rest following a funeral filled with speeches and sermons of hope and unity.

"I am going to tell you that I am a father first and foremost, and I can't imagine the pain that all of you are feeling,” he said.

While the public mourns the loss of an innocent child, many are looking at Simmons.

Comments on his Instagram photos are filled with vitriolic words and attacks about the crime.

And while Simmons can't defend his character from the Dallas County Jail, his former English teacher Will Maddox has given possibly the best perspective about the teen, who seemingly once appeared to have a bright future.

Maddox covers health for D Magazine. But before he worked in journalism, he was a teacher at Woodrow Wilson High School.

In an article titled, "I Taught the Teenager Who Turned Himself in for Killing Brandoniya Bennett," Maddox reveals to Dallas that he was once Simmons' teacher when the teen was a sophomore.

When he read the name of the suspect, Maddox said that he scrolled through a local news story looking for a mugshot with the hope it was another kid with the same name.

"Seeing the mugshot of the kid that I knew and that I saw every day twisted me up inside," he said.

Maddox writes that Simmons was an above-average student and a skilled basketball player.

"I remember the way Tyrese sat down in the middle of the room and turned in his well-done assignments on time. I remember how neat his handwriting was, a rarity for the average teenage boy. Other teachers I talked to remember his bright smile as he walked into the room, his greeting as he passed by in the hall, or how he plugged away in the engineering class in our vaunted STEM program."

He said Simmons looked to have a bright future.

"He was a great student, talented basketball player, and a few years ago I would have put money on him going on to do great things."

Maddox said the last time he saw Simmons, he ran into the teen as he was leaving a movie.

"He was jovial and he ran up to me and gave me a hug," Maddox said. "We chatted for a second, and it made me feel like he was doing well. It showed a maturity that he wanted to come up and engage a former teacher."

"It seems like things ... took a turn somewhere," he said.

Maddox can only speculate what might have happened to the teen, and the decisions that led him to an inmate number in the Dallas County Jail.

In no way does he want to belittle what happened to Bennett, but he told WFAA that he can't get past the fact that a kid with such promise now possibly faces capital punishment.

"Maybe it's the teacher in me, but how do we learn from this?" Maddox said.

It's a question he addresses in his article.

"I am also torn up about a world where this promising young man ends up turning himself in for capital murder. The dark truth of gun violence is that it can affect families in an instant that previously had no connection. That seems to be the case here. Gun violence, social media, and teenage ego created an appalling storm, and Tyrese grabbed a firearm and made a decision that ended one young life and will forever impact his own. Having compassion for a young man who is a child killer is not a popular feeling, but I am heartbroken for him."

Maddox told WFAA that it starts with engaging children, impacting them positively, and guiding them away from small decisions that are bad before they lead to bigger ones.

"It's a lot easier to talk someone out of something small than a decision to grab a gun and shoot into an apartment blind," Maddox said.

If Dallas as a community can work to achieve that, then, "maybe it will lead to at least one person putting the gun down," Maddox writes.

RELATED: 'Her death will not be in vain': Dallas mayor vows to do more about violence after shooting death of 9 year old