Gunman who killed woman, shot baby while out on 7 bonds is still on the run, Houston police chief says

Layla Steele had a protective order against her alleged killer, according to her family, but that, all the bonds and an ankle monitor weren’t enough. 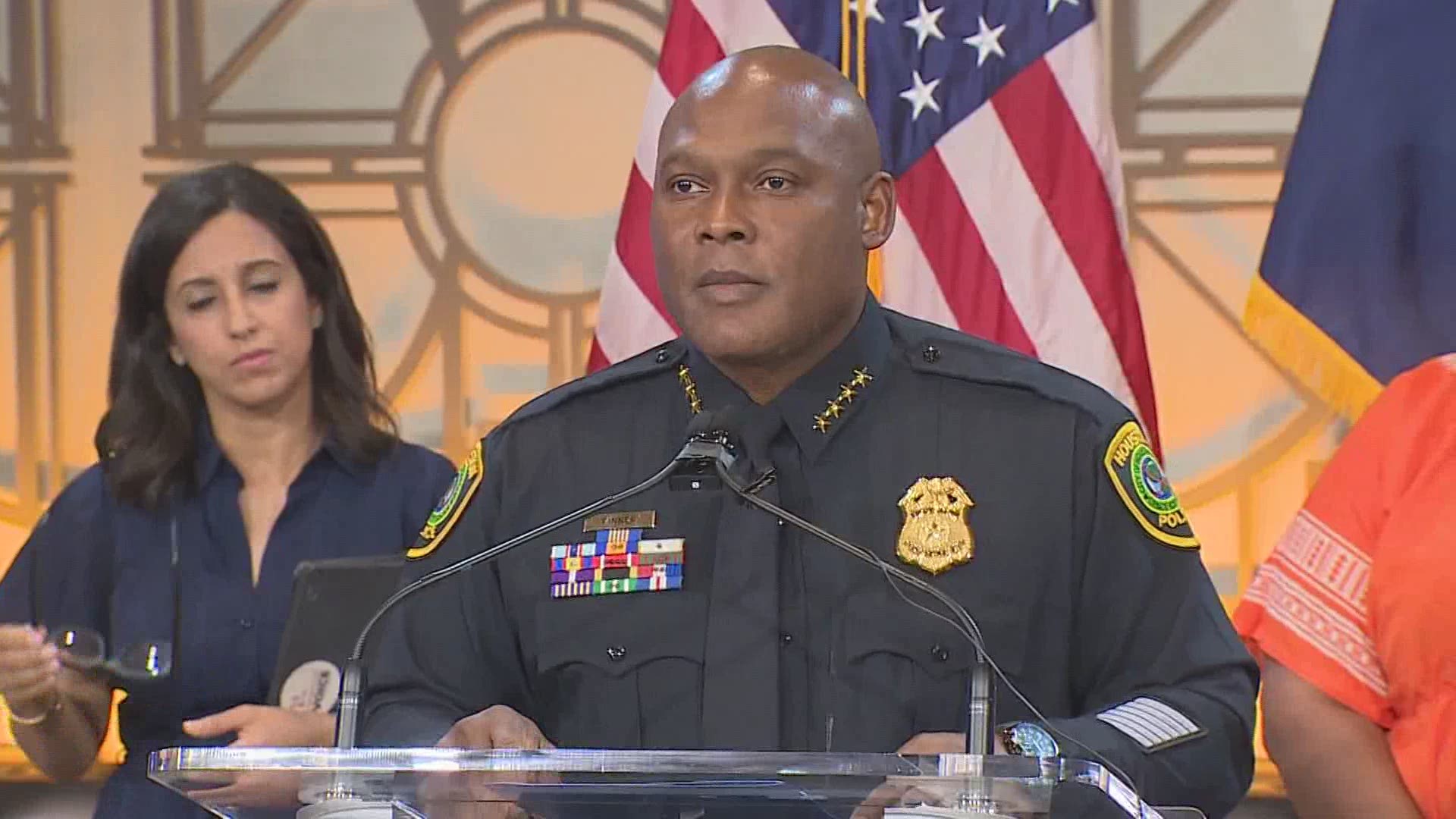 HOUSTON — The man suspected of shooting and killing a young Houston mother and wounding the baby they shared is still on the run, police said Friday.

They haven’t named the suspect in the death of Layla Steele, but they say he was out on seven felony bonds and was supposed to be wearing an ankle monitor.

"There’s no way that that should’ve slipped, where seven felony bonds, a person was out, and I feel like, my sister’s blood is on their hands,” the victim’s sister told KHOU 11.

“There is no justification for somebody to be out on five, six, seven bonds. It needs to stop,” agreed Mayor Sylvester Turner on Friday. “We should not count on ankle monitors to track violent criminals.”

Crime Stoppers CEO Rania Mankarious said they’ve tracked 120 people who were were murdered by criminals out on bond in Houston.

“Bond conditions and ankle monitors are not helping in these specific cases,” Crime Stoppers CEO Rania Mankarious said. “The DA's countless requests to revoke bond have fallen on deaf ears. We need to stop releasing people on multiple felony bonds.”

Police Chief Troy Finner had a message for the killer.

“We know who you are and we’re coming after you.”

He said his detectives are working around the clock to solve these cases, part of a violent crime wave that has seen a 40 percent increase in homicides.

“This week has been especially heartbreaking because innocent children were harmed,” Turner said. “That goes to your very heart when we’re talking about our children.”

Steele's family said she had a protective order against the suspect but it wasn't enough.

Now, her 1-year-old son Zeus is lying on a hospital bed recovering from a bullet wound and missing his mother. They were celebrating his first birthday on Thursday. Now every birthday will also be remembered as the day she died.