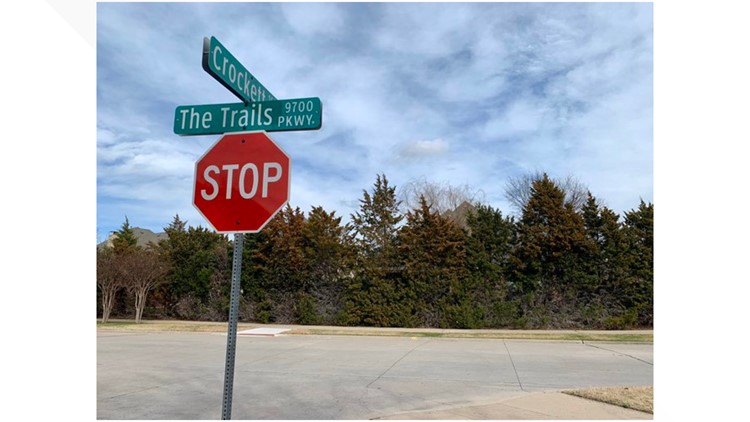 The attack occurred around 6:20 a.m. near the intersection of The Trails Parkway and Crockett Drive in The Trails neighborhood of Frisco, police said.
Author: Ariel Plasencia
Published: 3:00 PM CST February 17, 2020
Updated: 11:35 AM CST February 18, 2020

Updated 11:33 a.m. Tuesday with additional details regarding the suspect's appearance.

Frisco police are investigating after a woman was attacked during an early morning run Monday.

The attack occurred around 6:20 a.m. near the intersection of The Trails Parkway and Crockett Drive in The Trails neighborhood of Frisco, police said.

The 54-year-old victim told police she saw a man dressed in all black clothing walking on the sidewalk. As she passed the suspect, Frisco police said he grabbed her and threw her to the ground.

The victim was able to get away to a nearby residence and call for help.

She suffered minor injuries, according to police.

The suspect is described as being around 5 feet 6 inches tall. Police say the suspect is a “stocky, heavyset male with a distinct bowleg walk.”

Anyone with information or video of the possible suspect is asked to call the Frisco Police Department at 972-292-6010. Anonymous tips can be sent by texting FRISCOPD and the tip to 847411.