The Tarrant County medical examiner identified the victims as Holly Beverly, 39, and her son Titus Akins, 17. 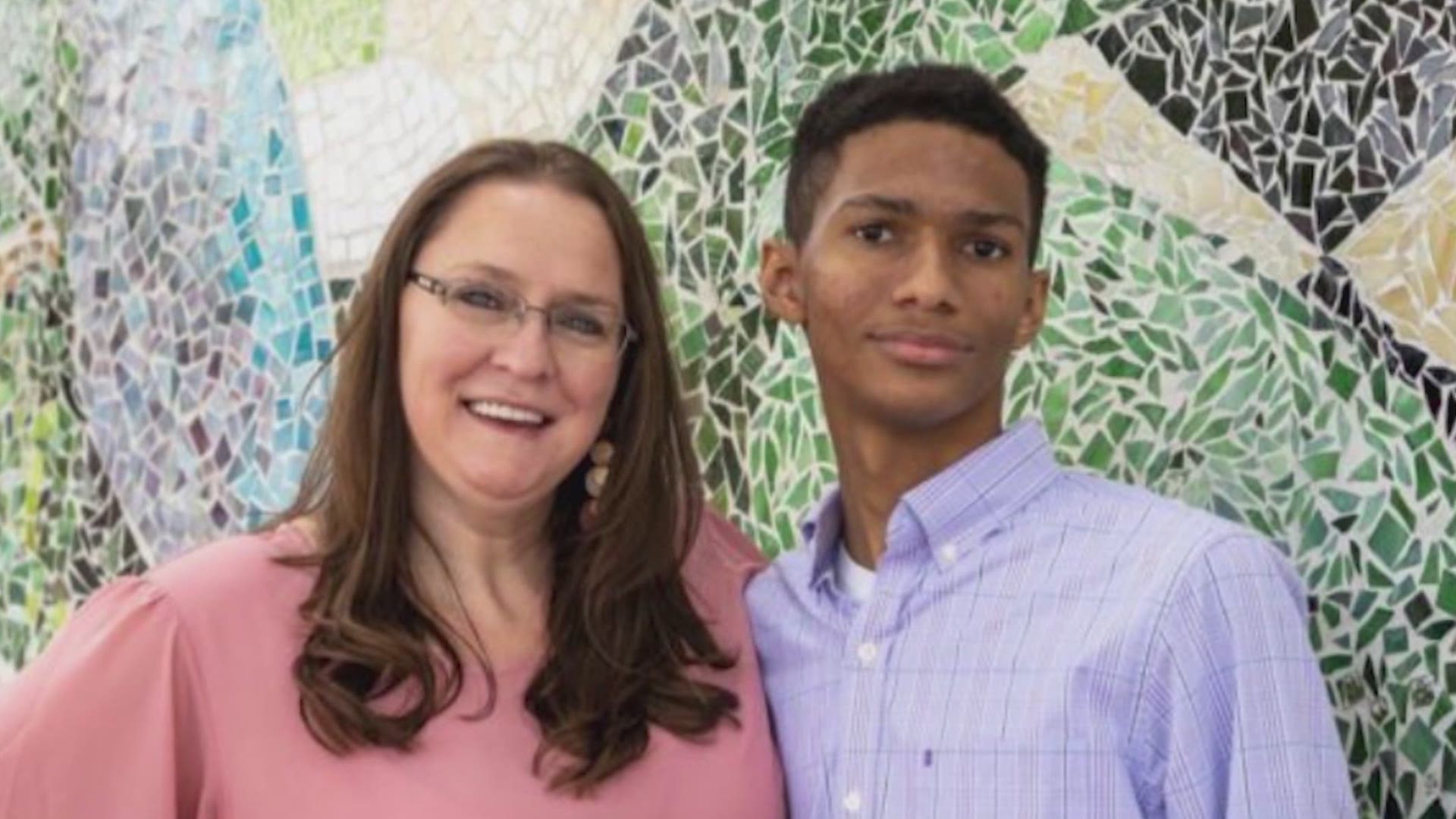 FORT WORTH, Texas — In the photo featured on their GoFundMe page, Holly Beverly and her son Titus Akins are just as their family remembers them: happy and loving.

"Titus was… excuse me..." said Sam Midkiff, as he held back tears, "was like my little man. He was very smart and always wanting to learn."

"Ever since she was a little girl, she always wanted to be a schoolteacher," he said of Holly.

Authorities say the school teacher and her son were shot to death in their west Fort Worth apartment early Tuesday morning. It was Titus' 17th birthday. Police say the shooter was Holly's estranged husband, who was not Titus' biological father. The medical examiner has still not identified him.

Midkiff says the family doesn't yet have all the details, but Holly's other two children were there at the time.

"We just know that night was a very violent night, and from what I'm hearing, talking to the other kids and stuff, that Titus was trying to help his mother. He was like a little hero," Midkiff said.

According to family and the GoFundMe page, Holly worked at Hope Works Christian Academy in Fort Worth's Near Southside. That's also where her children went to school, and where Titus had just graduated at the top of his class. He'd hoped to go into the Air Force.

"Titus was kind, helpful and exceptionally bright; graduating from high school one year early," the description on the GoFundMe said. It also said Holly, a beloved teacher, "loved Jesus and her family fiercely, and tirelessly provided for her three children as a single mother."

The family is heartbroken, and now seeking answers to what happened Tuesday morning. Midkiff says the community has lost so much.

"We're just trying to get through this," he said.

The National Suicide Prevention Lifeline at 1-800-273-8255 is a 24/7, free, confidential hotline for individuals in crisis or for those looking to help someone else.