Suspect in 1974 murder of Carla Walker pleads guilty, gets life in prison

Glen Samuel McCurley, 78, went on trial last week in the kidnapping and murder of Walker, whose body was found in a culvert near Benbrook Lake on Feb. 20, 1974. 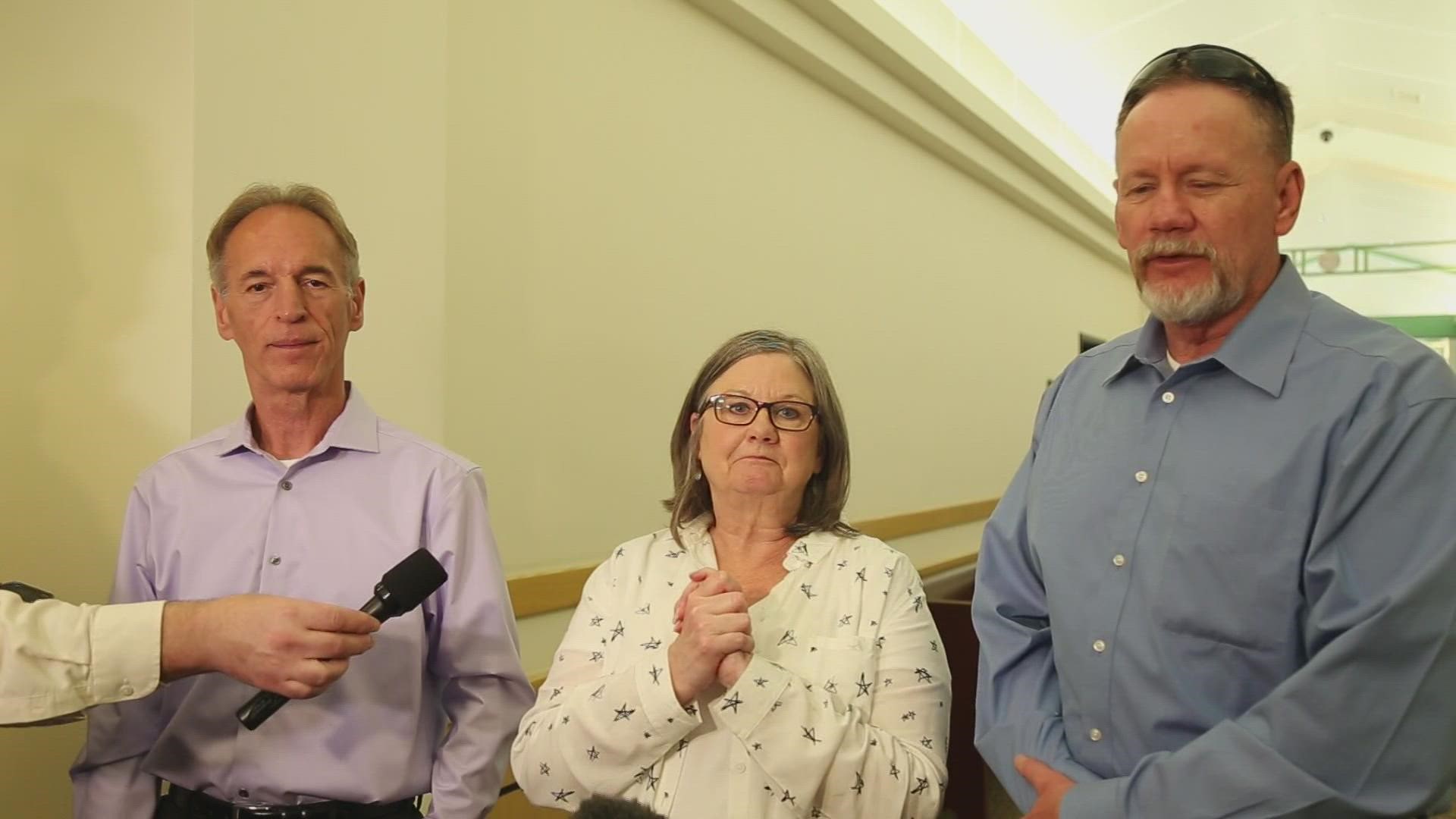 FORT WORTH, Texas — The suspect in the 1974 killing of Fort Worth teenager Carla Walker has pleaded guilty in court and received a sentence of life in prison, bringing to end a murder mystery that went on for decades before an arrest.

Glen Samuel McCurley, 78, went on trial last week in the kidnapping and murder case of Walker, whose body was found in a culvert near Benbrook Lake on Feb. 20, 1974.

After several days of testimony, including video evidence Monday of McCurley confessing to police that he killed Walker, McCurley pleaded guilty in court Tuesday morning.

District Court Judge Elizabeth Beach sentenced McCurley to life in prison after his guilty plea. Prosecutors had previously announced they would not be seeking the death penalty for McCurley to ensure McCurley would "spend the rest of his days in prison."

Tears fell throughout the courtroom. There was a powerful moment when the families of the victim and murderer embraced.

"I wish you had done this a long time ago," said Cindy. "I wanna [sic] know if you’ve done this to anybody else. You need to bring that out, because those families need to know, too. You have nothing to lose at this point... because it’s been hell."

"Because the Fort Worth police never gave up, justice for Carla has finally come," Sharen Wilson, Tarrant County criminal district attorney, said in a statement.

Outside of the courtroom, the family said they're glad they finally got justice for Carla. They thanked the Fort Worth community for keeping her memory alive and fighting for her case. Despite getting justice, the family's pain remains.

"I don’t think there’s closure. I don’t really even know what closure means, because you won’t ever forget it. Never ever," said Cindy.

"This is a time of healing. It’s funny to say that after almost 50 years isn’t it?" Carla's brother Jim Walker said. "What we witnessed is a lot of healing in that courtroom, and now it’s time to move forward and hopefully help other families."

The family hopes the outcome of this case will lead to more advanced DNA testing that could solve cold cases.

Rodney McCoy, who was with Carla the night she was kidnapped said he has endured a burden of guilt since that night.

"He [McCurley] hung a cloud of suspicion on me for all those years... that's torment," said McCoy. "I just felt I let Mr. Walker down… he said take care of my little flower."

Prosecutor Emily Dixon told jurors earlier in the trial that advancements in DNA technology finally gave authorities a generic profile of the killer.

“From 1974, where her body was found, that identity remained on the evidence, but it couldn’t be interpreted, translated, made into something useful until much later in 2019,” Dixon said during her opening statement.

McCurley’s defense attorney told jurors during opening statements that they should question the nearly half-century-old DNA evidence they will hear in the case.

“There’s not going to be a whole lot of evidence about what happened with that bra between 1974 and the time it was tested in 2019,” defense attorney Steven Miears said. “You’re going to have to decide for yourself whether any of that could have been contaminated evidence."

Other than the killer, the only living witness to the crime was Rodney McCoy, Walker’s boyfriend at the time.

He was a senior on the Western Hills High School football team, and Walker was a 17-year-old junior.

He testified that on the night of Feb. 17, 1974, he took her to a Valentine’s dance at their school. Afterward, they hung out at a Taco Bell, and later, they went to the Ridglea bowling alley to go to the bathroom. They got back in the car and began kissing, he testified.

They had both been leaning against the passenger door, and they partially fell out of the car. McCoy said someone hit him on the head.

“I remember I was holding her and the blood started flowing down my forehead down into my eyes,” McCoy testified. “I’m not sure how many times I got hit. I believe it was more than once, according to Carla’s reaction. She screamed ‘Stop hitting him!’”

McCoy told jurors he realized he had been hit with a gun when the attacker pointed it at him, inches from his head.

“He pulled the trigger three times. And all I heard were the three clicks. Nothing came out of the gun,” McCoy said.

RELATED: 'I was in shock': Then-boyfriend of Carla Walker testifies what happened the night she was killed

Police later found a magazine that had fallen out of a .22-caliber Ruger pistol on the ground of the bowling alley parking lot.

McCoy said the attacker muttered, “You’re coming with me” and took the young girl away.

“Carla turned her face to me, and I can visualize, and said, ‘Rodney, go get dad. Go get my dad,’” he recalled, his voice quavering with emotion. “That’s the last words I heard from Carla.”

McCoy testified he blacked out, and when he came to, “I looked over to the passenger seat, Carla was gone. It had all become real. I was totally panicked.”

He testified he never saw the attacker’s face.

“I could barely see the outline of the body behind Carla,” he said.

McCoy said he drove to Walker’s house. Blood was still flowing down into his eyes. He got out of his car, ran to the door and beat on it. He told the family what happened. “I was in shock,” he told jurors.