Two incidents ended in gunfire and the third ended with a driver dead after a wreck, police said Monday. 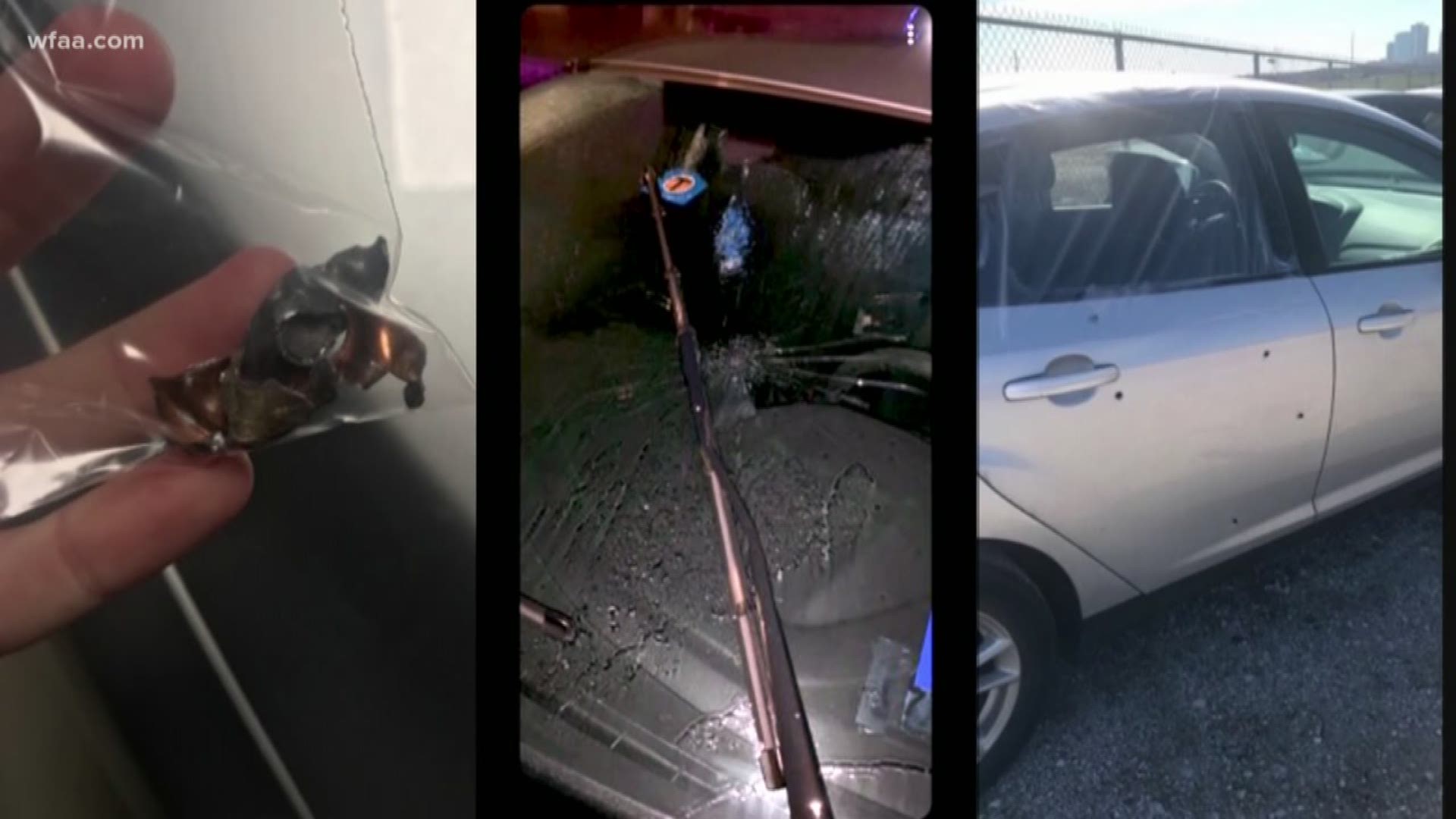 FORT WORTH, Texas — Fort Worth Police are investigating three apparent road rage cases that occurred between Feb. 18 and Feb. 23. While they don't believe the incidents are connected, the cases highlight an ongoing issue in the DFW area.

Police say a witness reported being passed by a white Dodge Ram and a black Chevy Tahoe. The Tahoe then clipped the Ram, according to police, sending the Ram flying. The Tahoe crashed and the driver died on scene.

Police are still investigating the case but believe it involved road rage.

The next day, on Feb. 19, a 21-year-old man was traveling northbound on US 287 near Harmon Road when someone cut him off twice, he told WFAA. He said he eventually honked, which led the driver to open fire on the victim's car.

Both the victim and police say he was shot in the arm, but he will be okay. Police have not released a suspect description in this case.

Credit: name withheld
Bullet holes in the side of a vehicle involved in an apparent road rage incident in Fort Worth.

Then on Feb. 23, police say a victim was driving on East Loop 820 near Sun Valley when something similar happened; a suspect was driving aggressively and ended up shooting at the victim. That victim was not hurt.

The suspect was driving a vehicle described as a silver 1995-2000 Honda Civic with a black hood and 'customized wheels' that appear to be positioned 'where the back wheels are sitting at an angle.'

All three cases remain open and no arrests have been made.

"It is hard to understand why aggressive drivers do what they have done," said FWPD Officer Daniel Segura.

Segura said these cases can be hard to solve because without a license plate, it is difficult to track down the drivers; he recommends investing in a simple dash camera, which is an excellent 'witness.'

"We are increasing our presence on the freeways and we are asking citizens to report any aggressive driving," he said.