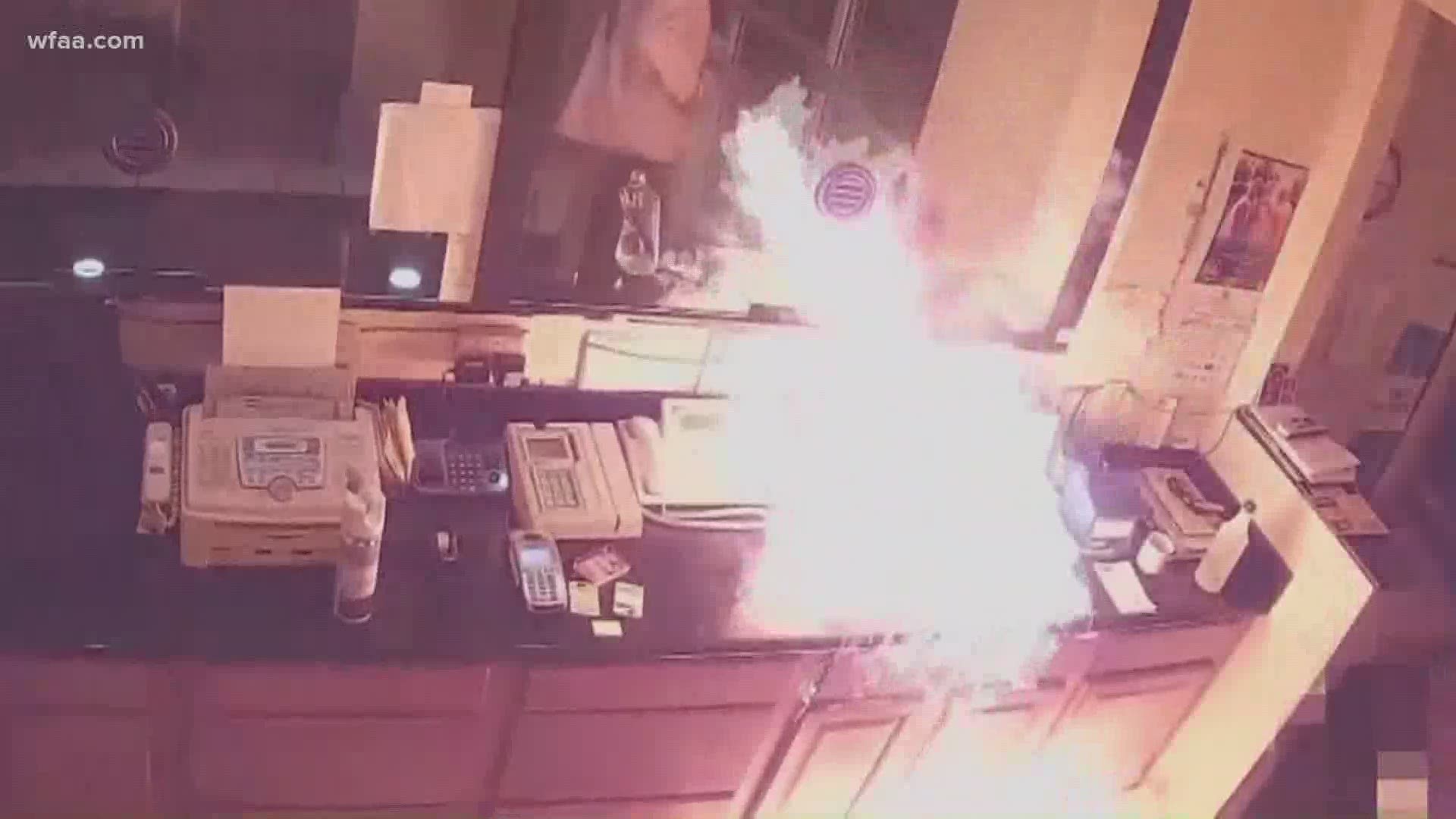 The Fort Worth Fire Department is asking for the public's help in identifying a man who they believe set the lobby of a hotel on fire after threatening to burn a hotel clerk alive on Sunday night.

Around 10:15 p.m., a man allegedly went into the lobby of the Budget Host Inn at 3720 Tanacross Drive and tried to rob the clerk at the front desk, authorities with the fire department said in a Facebook post that included surveillance video of the incident.

According to officials, the suspect told the clerk he would burn him alive if he did not comply before he threw what appeared to be a liquid accelerant on the clerk and the front desk and set it ablaze.

“I was shocked in the video honestly how quickly it happened," said Brad Mills, FWFD Arson Investigator.

The suspect threw a flammable liquid under a glass partition and lit the liquid on fire.

"You can see by the amount of fire it produced that it was an extremely dangerous situation for the clerk to be trapped in that room with that amount of fire," Mills said.

The clerk suffered minor burn injuries and the front lobby was extensively damaged by the fire, officials said.

Authorities believe the suspect left the scene in a white Honda Accord with a sunroof and rear spoiler.

He is described as having long hair and was seen wearing a ball cap, t-shirt and button-down shirt in various ways on different pieces of surveillance video.

Anyone with any information is asked to contact the Lt. James Horton with the fire department at 817-929-8735 or Tarrant Co. Crime Stoppers at 817-469-8477 if a tipster wishes to remain anonymous.