The York County Sheriff's Office, FBI, Homeland Security, and more than a half dozen other partners participated in Operation Vigilant Shepherd. 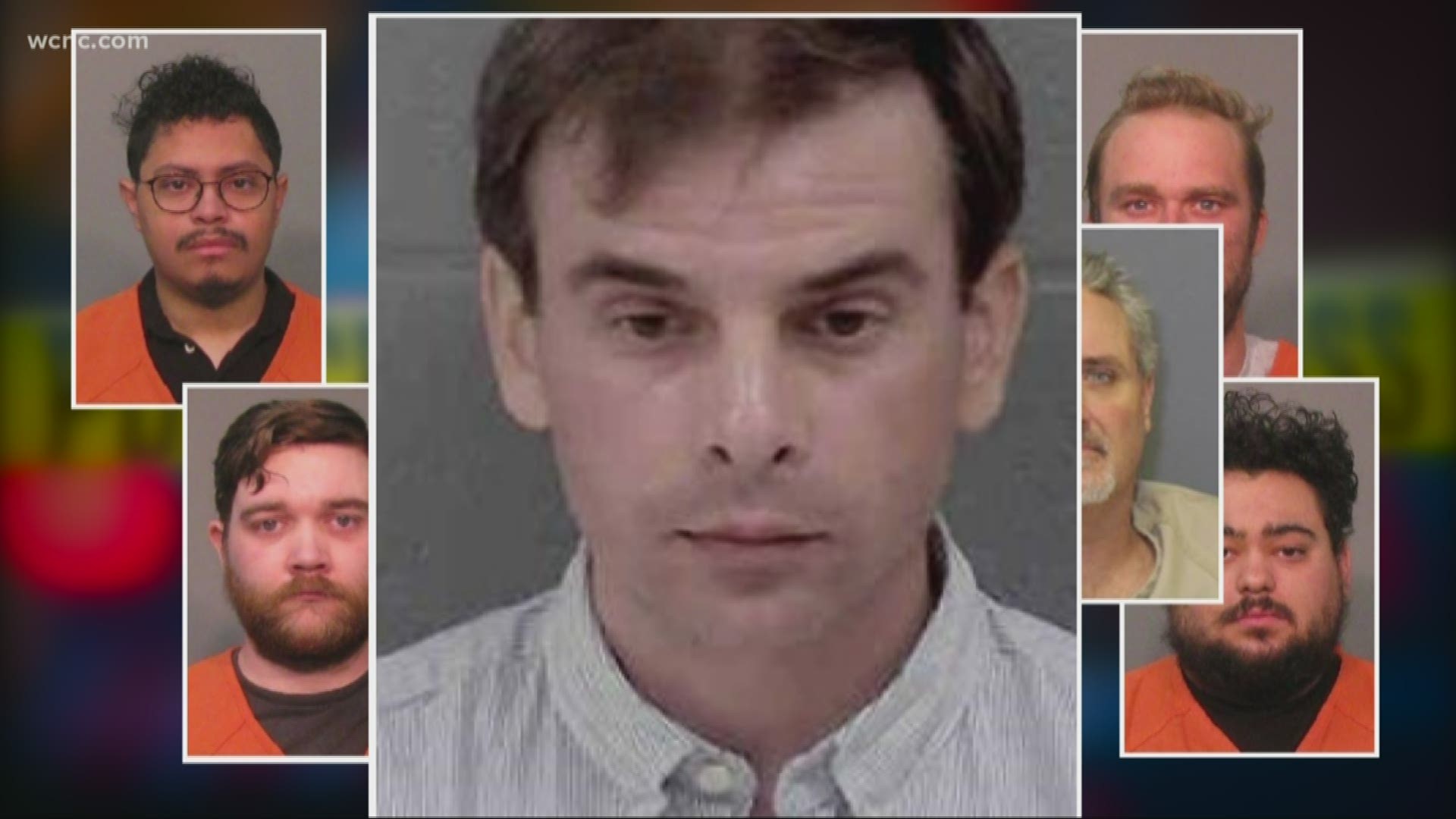 One of the men accused was a former Davidson College professor.

"During this operation, officers were online in numerous social media applications and were contacted by these suspects," said Sheriff Kevin Tolson.

The York County Sheriff's Office, FBI, Homeland Security, and more than a half dozen other partners set up on websites and apps they said predators target.

The undercover investigators pretended to be someone underage.

"The conversations would begin, and so would the case building."

Some of the men even drove to a house in Fort Mill for what they thought was a sexual rendezvous, investigators said. Instead, they were handcuffed.

The operation uncovered seven victims, but detectives don't know who they were or where they live yet.

"Children are the most vulnerable and innocent part of our population," said Special Agent in Charge Ronnie Martinez with Homeland Security.

"It's extremely important to know what your children are doing on their phones," said Tolson.

Another was a corporal in the Marines who had to be extradited from Quantico. Another suspect was Michael Bovino, a visiting professor at Davidson College.

Davidson released a statement saying the employee was placed on leave and barred from campus immediately following the arrest.

Police said, while the operation was done, the investigation was not over.

"We are watching, and we will find you."

Police said they were building cases against more people, and more charges were possible.

'The last thing my camera & I saw before being tackled': UGA photo intern shares 'the' shot